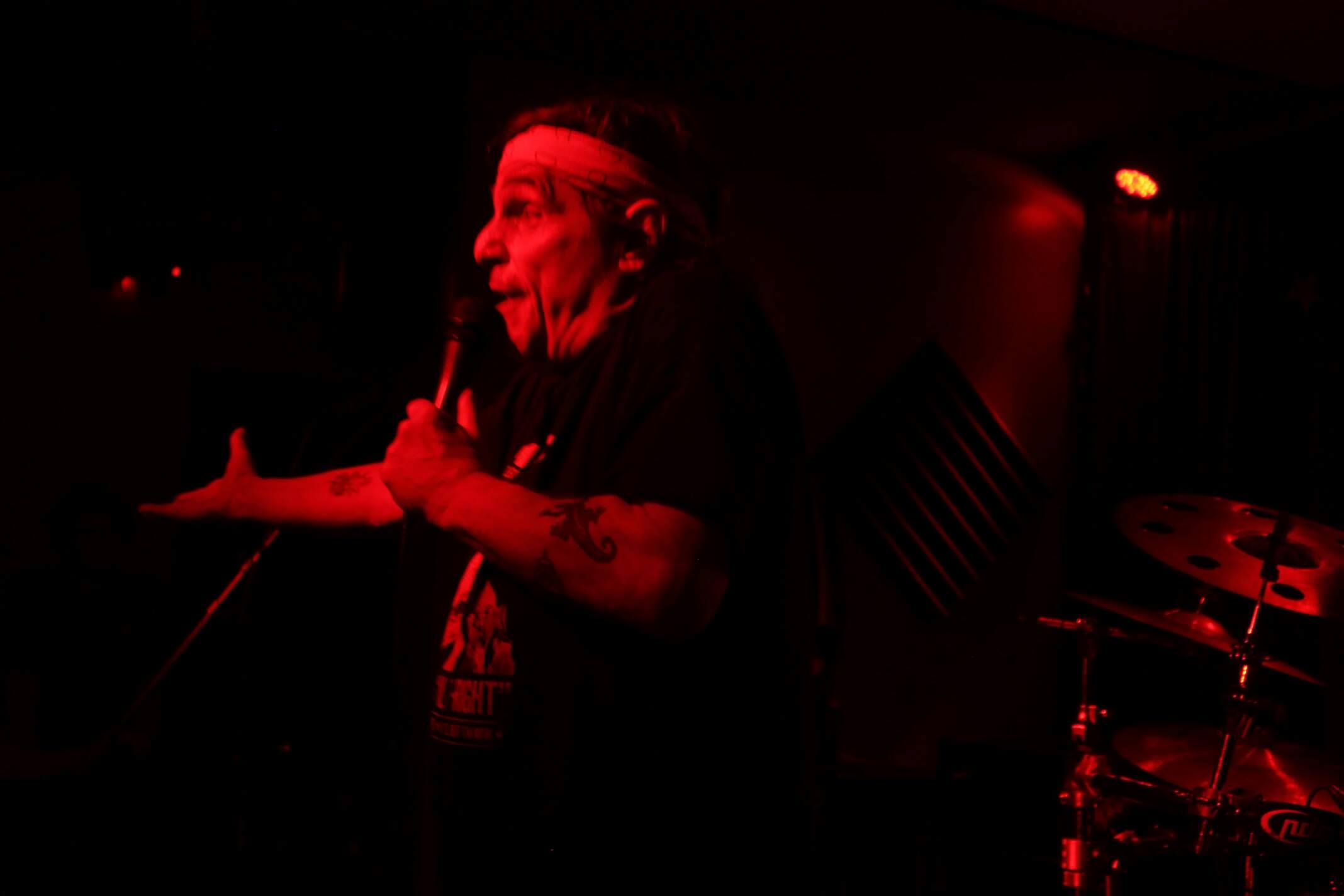 MDC are pioneers of punk born of another era. The group was born of the early ’80s, initially starting out in Austin, Texas, as the Stains, putting out a 7” single titled “John Wayne Was a Nazi,” then making the jump to San Francisco,  relocating to Portland in the mid-90s, then later to New York.

The band was re-christened MDC (Millions of Dead Cops) circa 1981 – Ronald Reagan was recently elected president, nuclear tensions between the United States and the Soviet Union were increasing, the crime rate was on the rise and New York City, Los Angeles, and San Francisco had yet to be gentrified.

The early MDC records were a desperate sound for a desperate time. They were part of the emergence of hardcore, when punk became harder and more aggressive as tempos accelerated. The sound of the first MDC album, originally released in 1982, was one of rampaging, rambunctious guitar riffs, lightning quick, rapid fire drum fills and rolls all touched off with the enraged vocals of lead singer Dave Dictor.

Some of the punk bands of this era were political, and others weren’t. MDC were unapologetically political: anti-racist, anti-sexist, anti-fascist, anti-authoritarian, pro-vegetarian, pro-human rights. MDC’S political views extended beyond being liberal or progressive – they dipped into the radical and the revolutionary.

Dictor has always been uncompromising concerning his music and MDC’S political outlook. Members have come and gone, with the only current members dating back to the band’s first album being Dictor and drummer Al “Alschvitz” Schultz. Dictor cites a love of music as being part of his motivation through the years, and his love of music started at an early age.

“I’m a rock & roller, baby,” Dictor enthusiastically declared. “My whole life, I was seven years old my mom gave me ‘She Loves You’ by the Beatles. I watched a new Beatles album come out every single year. I knew I either wanted to pitch baseball for The Mets or be in my own rock n’ roll band.”

A hard winding path has taken Dictor all over the world. From their first European tour alongside the Dead Kennedys in 1982, a recent Japanese summer tour, the 1983 Rock Against Reagan tour, MDC has traveled all over the map, and they are no strangers to the Midwest.

Early on, MDC included stops into the Rust Belt and Heartland. They played on the capitol grounds in Springfield, Illinois in ’83. In his book “Memoir From a Damaged Civilization,” Dictor reflects on MDC in the Midwest.

He wrote, “We played Chicago with Minor Threat and Articles of Faith in a non-Rock Against Reagan event. Vic Bodni interviewed Ian MacKaye and myself in a classic interview that ran in Maximum Rocknroll.”

“Detroit and Cleveland amounted to small shows. Detroit was always a rough town for us. Whenever we were around, it crawled with skinheads, fights erupted in the audience, and once our van was vandalized”

MDC also came through Kansas and Missouri in the ’80s, playing Bernard’s Pub in St. Louis and The Outhouse in Lawrence in 1988. On July 29, MDC came back to the Show Me State, Café Berlin in Columbia, Mo. to be exact, which is a college town and the fourth largest city in Missouri, right after Springfield.

The last time MDC hit CoMo the year was 1986. I was surprised to find out they’d played Columbia decades ago.

“We could just book a tour and go out to the Midwest for three weeks and play, make 500 a night, sell 300 in merch and go home and feel good,” Dictor commented. “I found people are ready to check us out without some big opinion. We play in California, and everyone’s seen everything, everyone’s seen Black Flag 14 times. Everyone’s a little more jaded, and here you play something like Big Rock, Illinois people are excited.”

“We always liked these little college towns, Champagne, Illinois, Madison Wisconsin, a lot of towns where there’s a lot of young people, and the kids who grew up in those towns they have their punk rock this, and there’s hippie that and alternative food,” Dictor said.

Seeing a Facebook event and flier a few weeks before the show, I almost couldn’t believe my eyes. I was so surprised. I knew the show was going to amount to a night to remember. Along with MDC, Verbal Abuse were also on the bill, backed by local openers Terrorvision and Gorbza.

MDC went on past midnight, and their set was a whirlwind of fury and adrenaline.

When MDC launched into the second song of their set, “Multi Death Corporation,” I took in how great this moment was, as I felt truly alive, with a type of electricity flowing through my being. The song starts with a dirge-like anthemic build up, and within a few seconds, the song turns a corner into a whiplash barrage of musical aggression.

“We’re the Multi Death Corporation/ Opportune on in any situation/ Our only concern capitalization and world economic domination/ Profits are made from global starvation/ Russian roulette for the world’s population.”

The MDC material recorded and released between 1981 and 1983 contained such a sense of desperate urgency. Witnessing the live intensity of songs like “Greedy and Pathetic,” “Corporate Death Burger,” “Born to Die,” “Business on Parade,” showed that the energy level of MDC hasn’t dissipated over time.

A number of the old school jams were kicked out at, but so were more recent songs. Two from 2017’s “Mein Trumpf” were stellar stand outs in their set, being “Just For Today” (a mid-tempo song that deals with the 12 step recovery program told from three individual first person accounts) and “Don’t Open the Door”  (an up-tempo diddy about personal privacy rights and refusing unwarranted to searches and seizures.)

It’s impossible to separate the political beliefs from MDC’s music – they’ve both been equal in keeping Dave Dictor going all these years.

“Some people thought we were old hat, like ‘oh MDC’s still marching around,’ and all of the sudden, with Trump being elected and all the nonsense, global warming, people are really getting it. I’ve had people who were very middle of the road, kind of sit on the fence politically, all of a sudden tell me ‘good job’.”