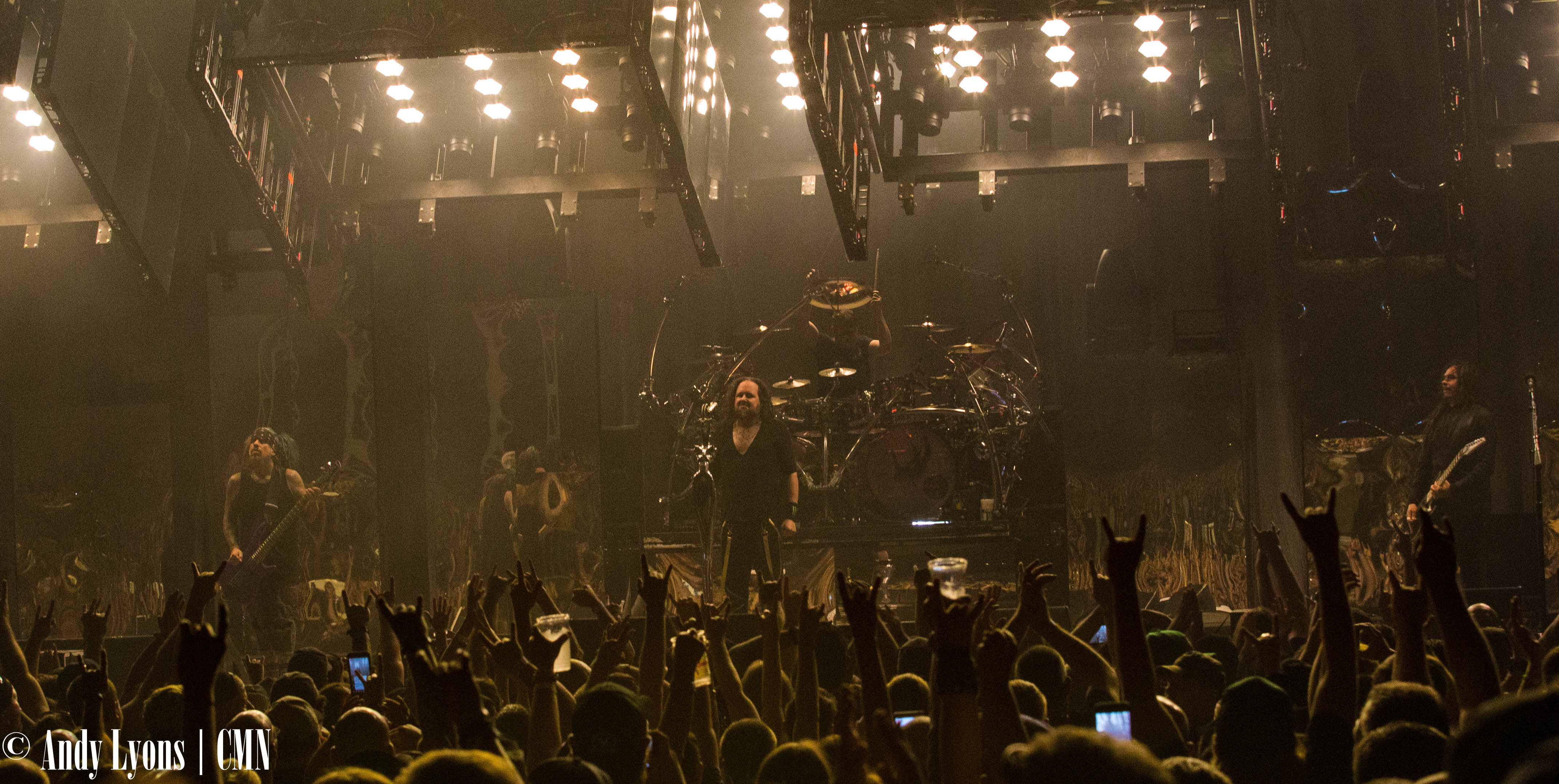 Korn, Alice in Chains rock out in St. Louis

Metal legends Korn have had a busy year. After teasing their first album in three years through last winter, they capped it with an announcement they would be hitting the U.S. this summer with Alice in Chains featuring support from Underoath and Fever 333.

In the buildup to the tour, Korn announced the album is titled “The Nothing” and dropped two singles to tease the album, one of which is included in the setlist for the tour cycle. Last Friday in St. Louis, Korn closed the night with a high energy show that had Hollywood Casino Amphitheatre thumping and fans excited for new music.

From the opening chords of “Here to Stay” until the group was waving in gratitude, Korn’s non-stop sonic assault came with the same ferocity of eager teenagers. Built on the sound of screaming guitars and thundering bass, Korn’s sound is easily recognizable due to vocalist Jonathan Davis.

His gravelly singing and raw emotion were on full display for the St. Louis crowd as the group played through a veritable greatest hits collection, with hits from their first untitled album released in 1994 and including single “You’ll Never Find Me” from their latest – due out Sept. 13.

The axe work of Brian “Head” Welch and James “Munky” Shaffer truly take on a life of their own and become a show. The two players are typically found on opposite sides of the stage, but the tandem is consistently bent at the waist 90 degrees with their dreadlocks hanging low. The two come together and give Korn’s music its signature down-tuned sound – both shine especially live on tracks such as show-closer “Falling Away From Me.”

Rounding out the group is bassist Fieldy and drummer Ray Luzier, the rhythm section really takes on a life of its own with Korn. Fieldy’s bass through most of the set was purple with neon green strings, his slapping playstyle gives Korn’s music a bit of a bark underneath and his stage presence had fans cheering as he aimed his bass into the crowd.

The group’s stage setup has evolved immensely over the years, evolving from simple microphone stands to include a massive videoboard display. For this cycle it’s mirrored, but includes lasers and other effects on top of distorted reflections – like a carnival mirror maze on acid.

Korn only slowed their pace when they returned for their encore and played the heart stopping jam “4 U,” a song Davis dedicated to fans about how much of himself he has given to his career. As the song reached its climax, Davis held his hands up thumbs to the middle and teetered them up and down – eliciting a roaring applause from the crowd.

Alice in Chains had fans singing along as they played through hits nearly 30 years old. It is still amazing hearing vocalist William DuVall because he sounds exactly like original singer Layne Staley, who died in 2001. Fans were on their feet for the set, which featured songs from both the Staley era of the band and new recordings featuring DuVall. A touching moment came during “Nutshell,” when the crowd illuminated Riverport with their cell phones in a touching tribute to Staley and the late Mike Starr.

The tour finishes next week in Mountain View, Calif. at Shoreline Amphitheatre Sept. 4. The tour unites a blend of genres from hard rock and metal and showcases two iconic bands – proving they both have plenty left in the tank and fans should be excited not only for new music, but also to catch them on stage.