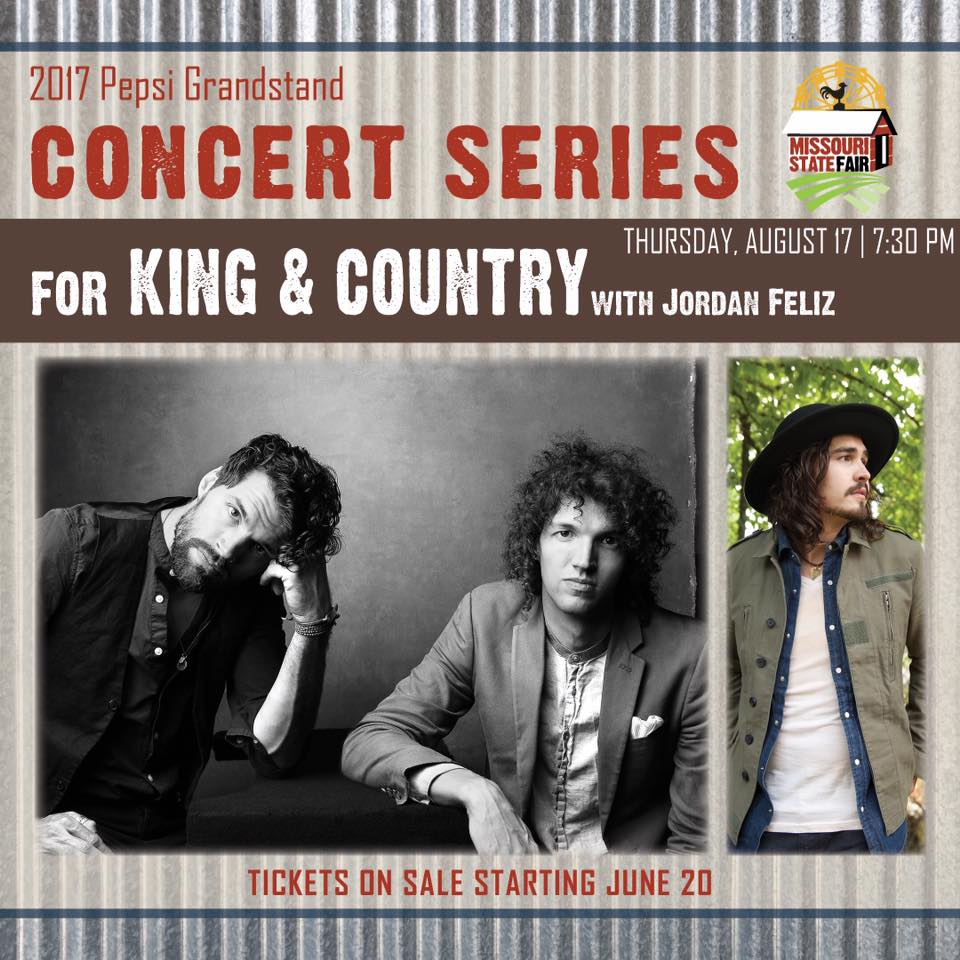 The Missouri State Fair announced for King & Country will be performing Thursday Aug. 17 with support from opener Jordan Feliz. The Fair runs from Aug. 10-20 this year. Tickets for the show are: $20 Track and $15 Grandstand.

for King & Country, formerly known as Joel & Luke as well as Austoville, is a Christian pop duo composed of Australian brothers Joel and Luke Smallbone. The Nashville-based brothers’ 2012 debut record “Crave,” has received praise, and the brothers were declared by Billboard as one of the “New Artists To Watch” for 2012.