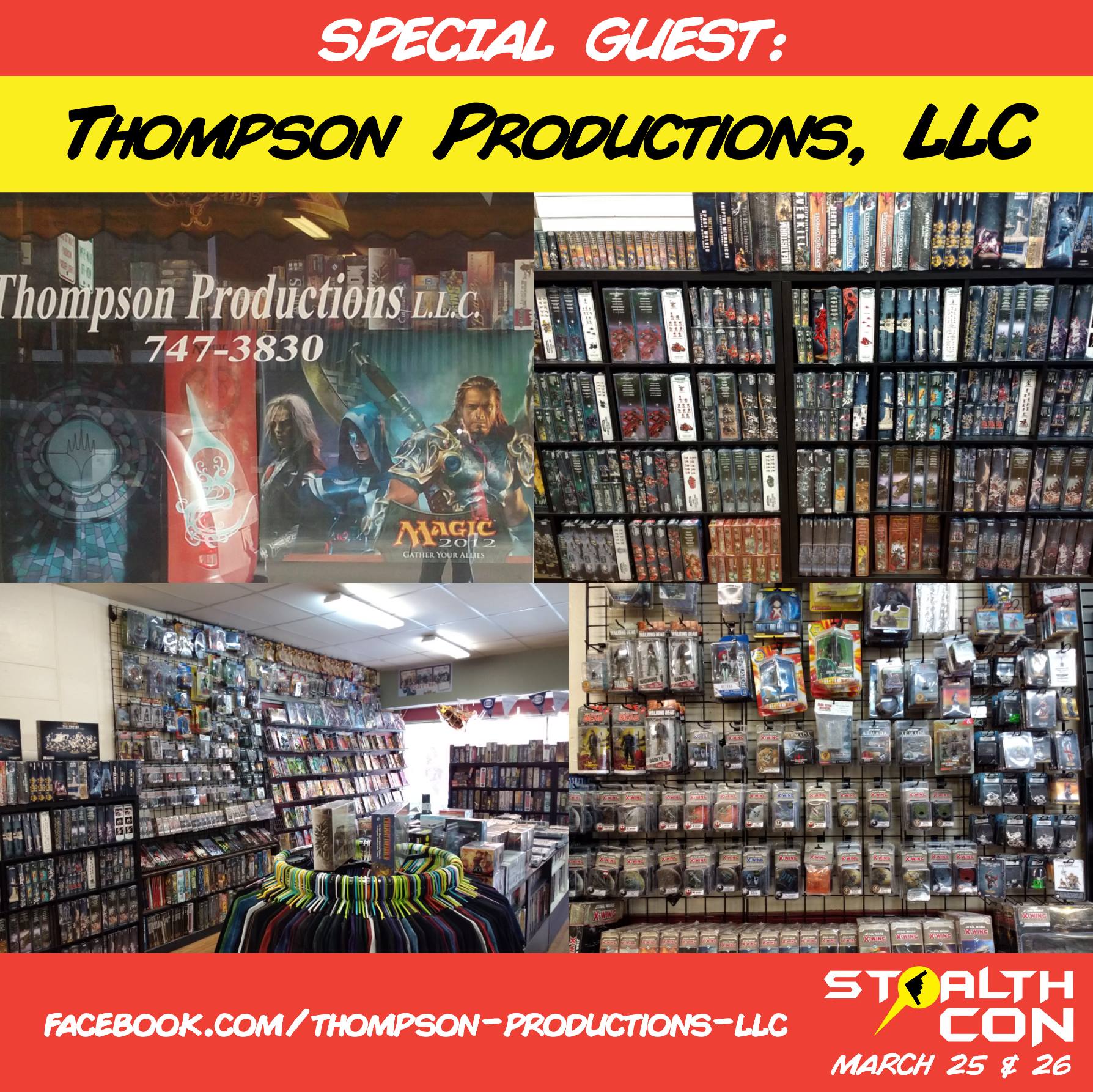 North Holden Street is as much a part of Warrensburg, Mo. as the infamous Pine Street. The latter is home to alcohol-fueled merriment, and North Holden, cutting through the heart of downtown, is the life’s blood for local merchants. It’s where you can find a tattoo shop, cafes and a shoe store – all on the same strip.

It’s also where you can find Phil Thompson, owner of Thompson Productions, located at 207 N. Holden St. And in case there is any ambiguity concerning what Thompson sells, a sign above his store reading “Game Shop” is on display for all passersby to see.

The inside of Thompson Productions looks like a geek’s paradise. The shelves and walls are lined with images of imagination from other worlds, sci-fi, fantasy, Marvel, figurines of heroes and villains, comic books, and roleplaying game manuals.

Thompson’s interest in said material extends to another era. Thompson, who is 56, began playing “Dungeons & Dragons” in 1979 while in high school. He said the initial draw to the most well-known roleplaying game were the miniatures associated with “Dungeons & Dragons.”

Throughout the years Thompson’s interest in tabletop gaming, as it’s now commonly referred to, remained a constant. In 2003, he opened Thompson Productions.

“Well I started off as a freelance writer (for role playing games), I wanted to have a writing studio, to where I could help people get published and have a little bit of gaming on the side,” Thompson said. “We moved twice in one year because the area didn’t really have a good gaming store, and 14 years later we are where we are now. “

He explained the initial promotion of his store was done via a multi-pronged approach, which included a combination of word of mouth and advertising. Nowadays, his store is not just a store, but also a meeting place for running tabletop games, including the popular Magic the Gathering card game.

Thompson is not content to confine his love of gaming to the Warrensburg area, as he has taken his company on the road. He said Thompson Productions visit between 20 and 40 conventions a year.

Thompson Productions will have a presence at the second annual Stealth Con, scheduled for March 25-26 in the Elliott Union at the University of Central Missouri. Stealth Con combines a love of comic book related culture, cosplay, science-fiction, along with celebrity guest appearances.

Thompson Productions also had a presence at the inaugural Stealth Con last spring. Although Thompson himself was not present, his sons attended under the banner of his business. He said both of his sons liked the convention and were left with an overall positive impression. Thompson is set to host a “Magic the Gathering” tournament at Stealth Con this year.

One of Thompson’s primary motivations behind participating at Stealth Con is to support the local community.

“We’ve got a lot of support from the college, the high school, the base, (Whiteman Air Force Base) and this is our way of saying thanks,” Thompson said.