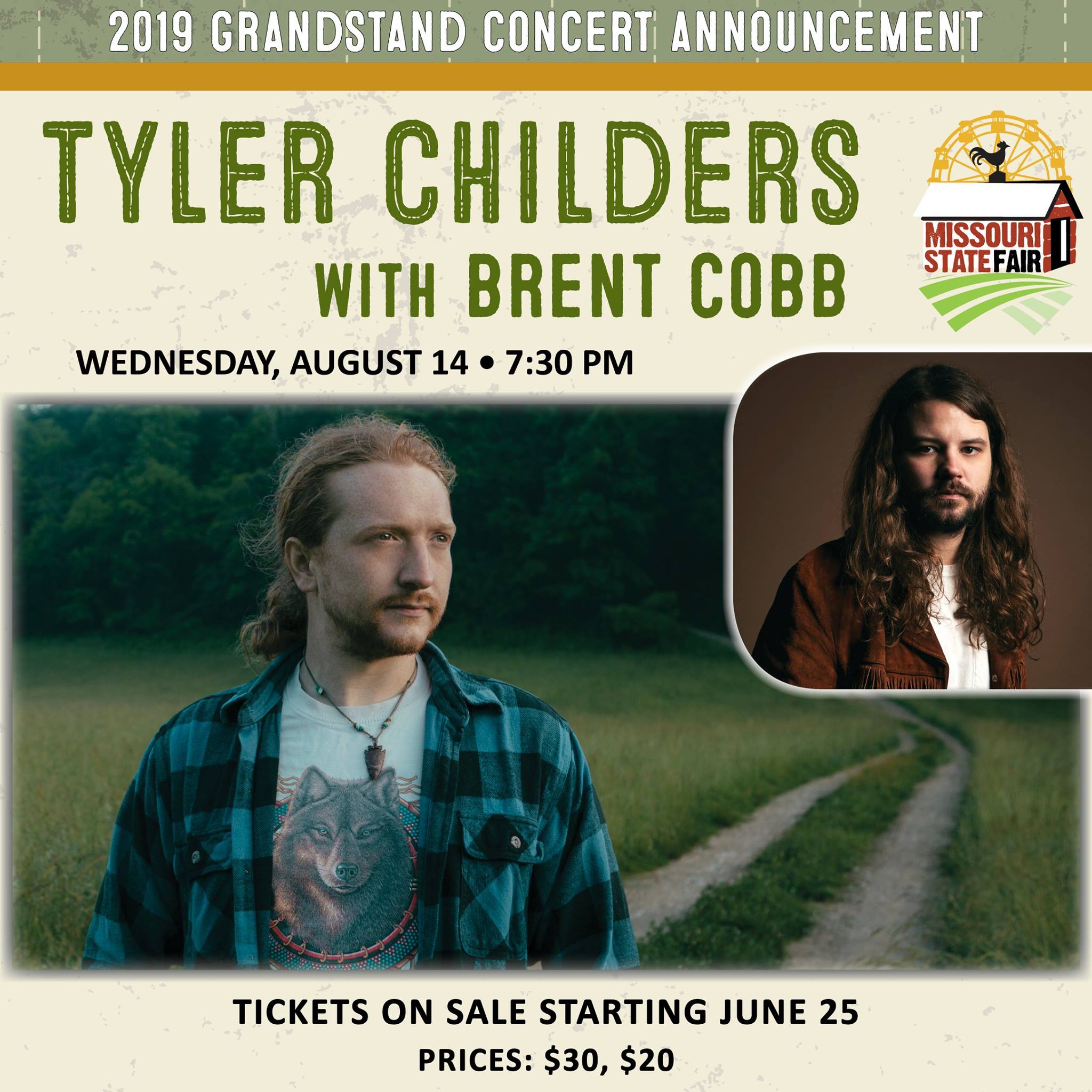 Missouri State Fair officials have announced Tyler Childers will play on the Grandstand Stage Wednesday August 14 at 7:30 p.m. with support from Brent Cobb.

Childers had his first success with “Purgatory,” an album released on August 4, 2017. The album was produced by Sturgill Simpson and David Ferguson and recorded at The Butcher Shoppe in Nashville. Simpson also played guitar and sang backing vocals on the album, with Miles Miller on drums, Stuart Duncan on fiddle and Russ Paul on other instruments.It debuted at No. 1 on Billboard’s Heatseekers Albums chart, No. 17 on the Country albums chart and No. 4 on the Americana/Folk albums chart

Tickets for the show will be $30 for track seating and $20 for grandstand.
Tickets go on sale to the public at 9 a.m. June 25 through Etix. All concerts seats are reserved. Convenience charges apply to all tickets.

There is a 10 ticket limit per household, per event until June 28. These tickets can be mailed or picked up at the box office. Grandstand tickets do not include admission to the Fair.

A special presale for registered Missouri State Fair Fans will be offered through Etix starting at 9 a.m., Tuesday, June 18 through 4 p.m., Monday, June 24. Sign up for free on the Fair’s website.

Registered Fair Fans will receive a special Etix link and password to order concert tickets starting on the above date and time. There is a 10 ticket limit per household, per event, until June 28. These tickets are will-call only tickets and must be picked up at the box office.

The 2019 Missouri State Fair will be held Aug. 8-18 in Sedalia. Additional acts, special events and promotions are expected to be announced in the coming weeks. For more information about the Fair, visit mostatefair.com.