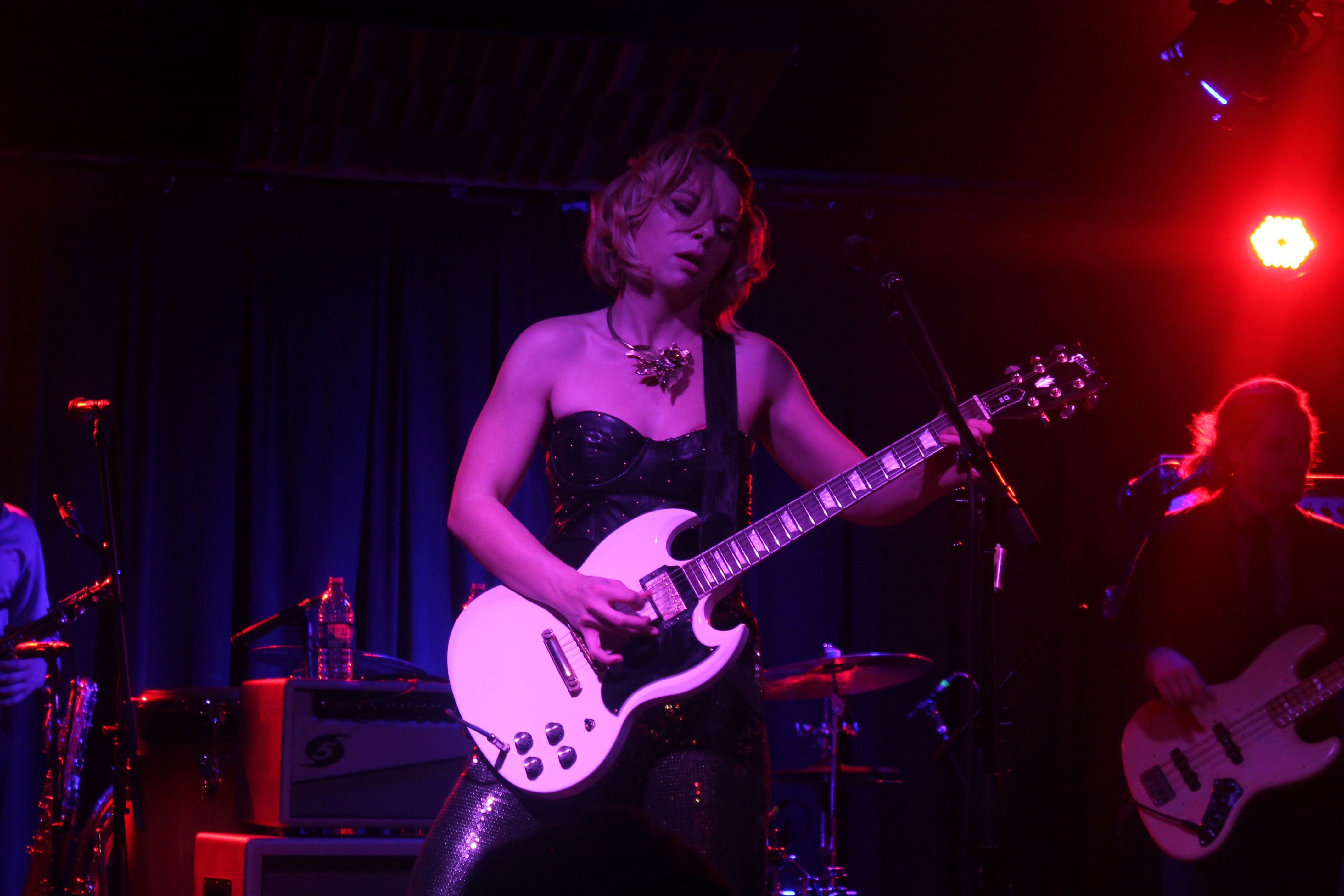 I’m jaded and cynical about a great many things, including music. There’s so much stuff out today that I pay no attention to, but then something will come along and really grab my attention, briefly jolting me out of my cynicism.

That’s what happened when I first heard Samantha Fish, which served as a reminder organic music delivered with heart and soul still exists… all of that delivery combined with phenomenal talent, like Stevie Ray Vaughan reincarnated in heels.

I think it was “Lay it Down” with its pulsating blues-rock riffs that started me out on her sound.

Then came 2017, and my interest in Fish’s music increased while her repertoire expanded. She went where few artists are able to tread, releasing two albums in the same year, “Chills & Fever” and “Belle of The West” – both were stellar.

I wasn’t sure what to think of “Chills & Fever” at first. The wailing guitar was not as prevalent, and a horn section was added. With the song “Chills & Fever,” a more subdued guitar led to the power and richness of Fish’s vocals floating to the top of the mix.

“Chills & Fever” was an homage to ’60s soul music. “Belle of the West” was a 180-degree juxtaposition, with a sound steeped in folk, Americana, and old country. There was a sonic difference, but also a similarity. If you stop a think about it, blues, rock & roll, rockabilly, folk and country are all musical cousins, and change is a part of life, probably even more so for musicians.

Bob Dylan plugged in and went electric, Black Flag slowed down the tempo and The Clash moved outside of the confines of punk rock altogether. Fans who could come along for the ride, even though the course was altered, did. This also applies to Samantha Fish. It seems like most of her fans accepted the shift.

The crowd, in Columbia, Mo. at Rose Music Hall on March 15, was a testament to how her audience has grown – the place was packed! To get up front, I had to maneuver through the crowd like a maze.

The stage was also packed. A couple of years ago, the Samantha Fish experience was a trio. Now I counted seven members onstage, including a keyboardist, horn section and fiddle player. They functioned like a well-disciplined audio battalion, moving in perfect synchronicity through a glorious amalgamated blend of sound. 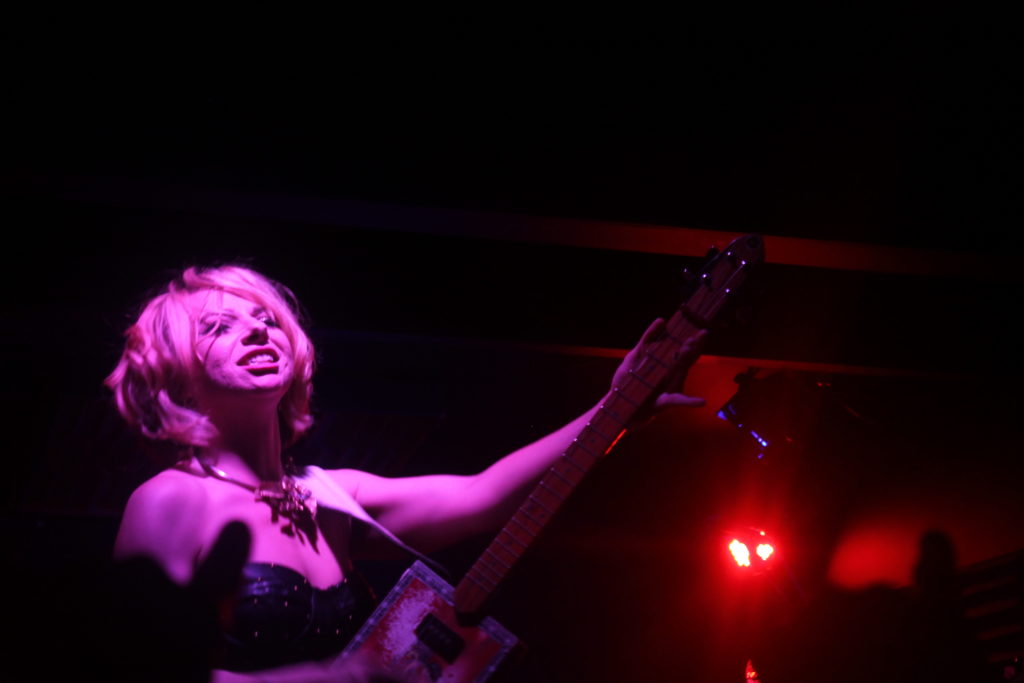 They got the audience warmed up with “Hello Stranger,” one of those songs with a mellow, misty morning vibe to. There was little delay in bringing out the scorchers. Shortly after, they launched into “Chills & Fever,” you could feel the commotion surge through the audience.

This song packs so much of a punch live, heightened with an auditory exclamation point that the recorded, studio version only hints at.

“Somebody’s Always Trying” was another highlight of the night, with an extended solo interlude that felt like something from outer space, peppered with a bit of psychedelic flare.

At that moment, I knew I was witnessing musical greatness – it was like going to church and wading in waters of sonic exuberance, one of those Pentecostal services where a joyful noise is made and the whole room catches the spirit. Such a kinetic energy was present the night Samantha Fish came to Columbia. Her howls on stage were met in return by cheers from the audience.

Mid-set, gears were shifted, yet the intensity remained as Samantha went into some of the material from “Belle of the West,” such as” Need You More, “Cowtown,” “Blood in the Water,” and “Daughters.” The live intensity of a song like “Daughters” is beyond belief.

“They made their way down to Lafayette/ Living off candy bars and cigarettes/ Another broken family, runaway and a casualty.”

“I said, Lord/ Born to reach the stars/ But the daughters break your heart/Cast the kids aside/ And sing a life time of good-byes.”

“Cowtown” is a song I always took to be about watching the Midwestern Rust Belt further corrode. It’s a song that conjures up images of abandoned storefronts and factories, along with an expressed desire for a life beyond a mundane middle class malaise.

As the rocking continued for well over an hour, I lost track of time, not checking my cell phone once. I was engulfed in the music, as the sounds were laid down, one after another. Then came the crashing crescendo of the night, an electrifying cover of the Rolling Stones’ “Heartbreaker.”

Then the whole band brought it back with the encore “Crow Jane,” an obvious fan favorite. Samantha and her cohorts took to the stage like a band of musical mercenaries on a final run.

To the delight of the audience, she had the cigar box guitar in hand. She authoritatively pointed at the audience like a sorceress casting a spell, and the crowd responding with a decibel raising roar. They knew what was in store. With the last bit of released musical energy, that was it, the last song of the show.

Walking out of Rose Music Hall, I felt like I had just awoken from a dream. Did I just witness that!? I’ve been listening to Samantha Fish for about two years, and this was the first time I’d seen her live. I took a trip to St. Louis in February to see her show, but it was sold out, which is becoming more common as the legion of Fish fanatics grows. (Life lesson learned, buy tickets early.)

Finally catching her show was an experience unto itself. If you’re just as jaded about the current state of music as I am, then catching Fish fever might be just what you need… coming soon to a city near you.