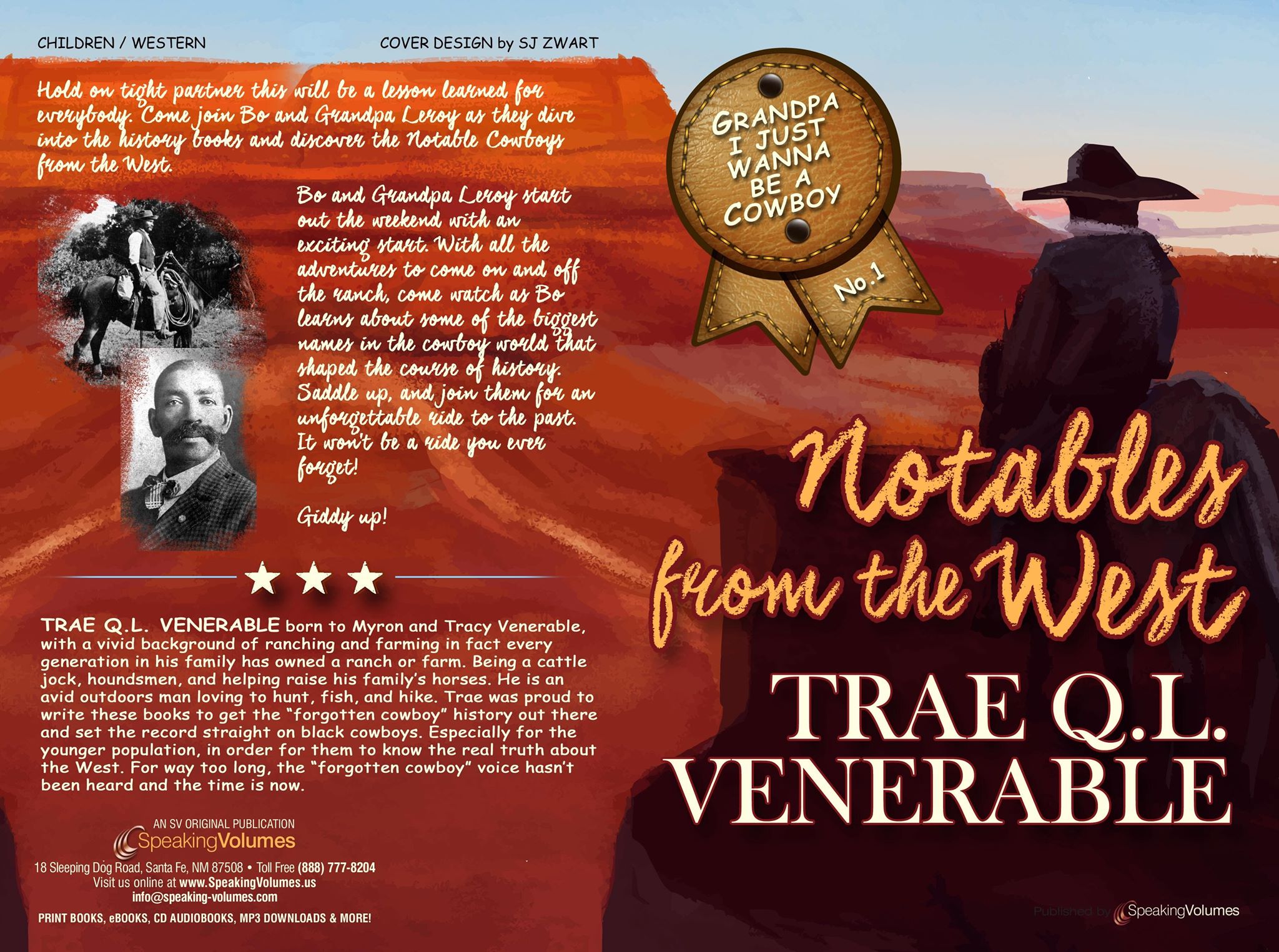 Trae Q.L. Venerable has a story to tell that isn’t a typical tale. He’s written a book series for children called “Grandpa I Just Wanna be a Cowboy” about the lives of Black cowboys.

It’s a series – the first book is focused on the old West, the second on rodeo cowboys and the third volume is about female contributions in the old West.

The first book in the series, “Notables from the West,” is specifically focused on the adventures of Grandpa Leroy and Bo learning about actual historical Black cowboys from the old West.

The three part series is set over the span of a weekend, with the first book being set on a Friday, the second is Saturday and lastly Sunday.

Venerable admits that an association with the African-American experience and the cowboy life isn’t a common association in most minds. Venerable is quick to address the matter.

“I want to set the record straight,” he said.

Venerable declared that he’s not easily offended, but he is offended by the notion Black people can only be one way. Venerable is a 2017 graduate of the University of Central Missouri. He explained while attending he would sometimes catch grief from other Black students over his cowboy boots. For Venerable, such a fashion statement is connected to a family tradition.

Although Venerable graduated high school in Olathe, Kan., a prosperous Kansas City suburb, he comes from a long line of ranchers and farmers – and names of particular family members were used for characters in the books.

One could make the assumption that Venerable might have been an English major or history major, but his degree is in safety management, and he currently works in construction.

“I have two sides,” Venerable said.

He explained his duality by noting he places emphasis on a steady, stable income, and he also embraces artistic, creative expressions in his life, yet the former is what pays the bills. Venerable self-published his works in the summer of 2016, and recently they’ve been picked up by a publisher based in New Mexico called Speaking Volumes.

He cites the uniqueness of the books as the reason they were picked up by a publisher.

“Because it’s something totally different,” Venerable said. “A lot of people are trying to get a book published, but it’s nothing new “

Venerable admits that getting the book published was a struggle. Some publishers he contacted sent no reply, and Venerable estimated receiving between 10 to 15 rejection notices.

With one series under his belt, Venerable looks to the future with the possibility of books on other topics. He pontificated on the possibility of doing a children’s book on the story of Old Drum. Venerable said he has a fondness for places, and he looks back at his college years in Warrensburg as some of his best years.