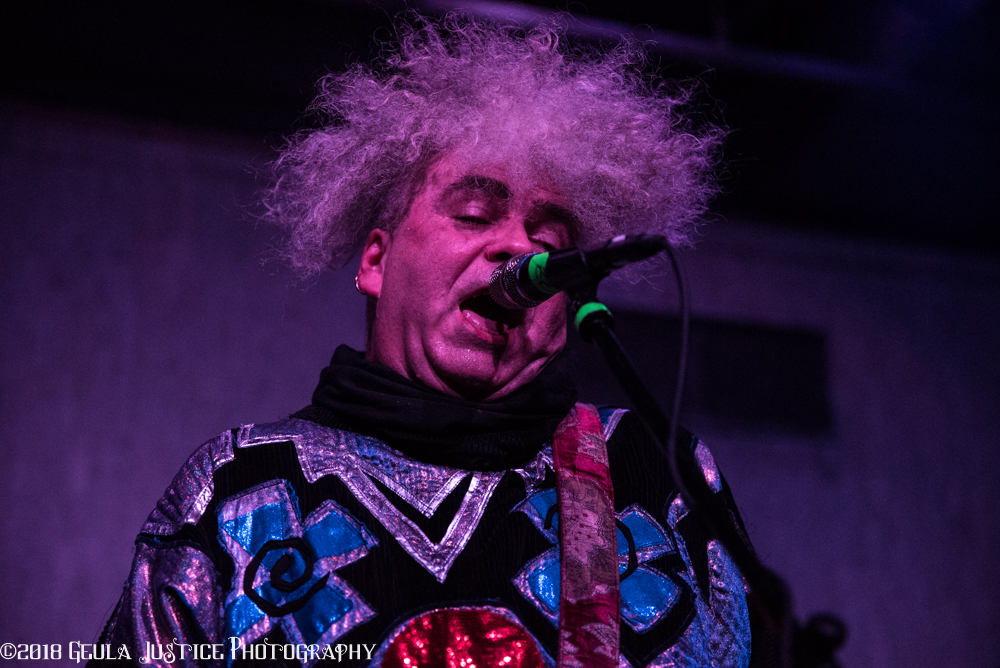 I wasn’t quite sure of what seeing the Melvins live would be like, but I knew I had to go see them on May 25 when they came to recordBar in Kansas City, Mo.

The Melvins were a band I started listening to in my early teens — I constantly played their “Houdini” CD when I was in 8th grade. I’ve recently rediscovered them with a renewed interest after listening to their latest album, “Pinkus Abortion Technician,” an album that represents a deviation from the Melvins’ albums of the past. It took more than a few listens for it to grow on me.

When the group put out their earliest records, 1986-1987, they were alone in the wilderness. They sounded like no one else in the underground music scene — the sound they created was undeniably their own. It was a hybrid sound, a bit of influences from Black Flag and a lot more from Black Sabbath, the musical muscularity of heavy metal mixed with the no-frills rawness of punk.

Pioneers and visionaries are often misunderstood and ignored initially, and it takes time for the rest of the world to catch up, and from the looks of things that night, many had caught up to the sound of the Melvins.

The show was clearly a big draw for a medium size venue. Before the opening band took the stage, I overheard chatter that the show might sell out.

I’m sure part of the allure of this show in particular was the Melvins’ current lineup, playing as a four piece, instead of a three piece, complete with two bass players, Jeff Pinkus of Butthole Surfers and Steven McDonald of OFF! and Redd Kross. Anticipation and electricity was in the air.

Before the Melvins delivered, the audience was treated to the sounds of the opener, All Souls, a Los Angeles-based band. The structure of their songs isn’t typical of a lot of indie rock.

Lots of swirling guitars, with a blend of noisy distortion combined with an undercurrent of melody, locking up with air-tight, hyper-aggressive drumming and vocals that sound as if they are half-spoken and half-sung. The lead singer’s vocals were in a style similar to Ian Curtis meets early David Byrne.

Their music was both cerebral and physical, waves of sonic impact enveloping the audience. Then it was time for the Melvins to take the stage. I looked around and noticed the place was packed. I was curious as to what their set would be like – how many songs from the new album? How far in their catalog would they go?

Live, the two bass guitars of Pinkus and McDonald were blistering, an earthshaking rumbling. This addition increased the intensity of a band with an already intense sound. They opened with “Sesame Street Meat.”

One notable feature during the set was the lack of banter between songs, no announcing songs, no talk about shirts for sale, no “Kansas City, we love you.” It was one song into the next.

At first the lack of verbal communication to the audience felt disorienting, like a form of disconnect, but halfway way through their set, I realized what it was, allowing the music to stand as the connecting force.

The grueling sonic force of the Melvins was encapsulated in the second song of the night, “At a Crawl.” This one was on the self-titled six song EP from 1986, often referred to as “Six Songs,” and another version was also on their 1989 album “Ozma,” This song is trademark Melvins, a grinding dirge tempo and a display of unrelenting power by slowing down, instead of speeding up.

Surprisingly, the Melvins only did two songs from “Pinkus Abortion Technician,” – “Stop Moving to Florida” and “Don’t Forget to Breathe.” The latter was one of the highlights of the night. A shift in direction was presented, as Pinkus did lead vocals on this one. Instead of a caustic crunch, the rhythm of the song slithers and slides along, building to the crescendo of a noise soaked psychedelic explosion.

For the grand finale, the Melvins landed in the way back machine as they brought the house down with “Eye Flys,” the first track on “Gluey Porch Treatments,” their first full length album from 1987.

This is the Melvins at their most sonically abrasive. The song clocks in at a little over six minutes, and the intro is about four minutes of a slow build grind, similar to Black Flag’s “No More,” but even more so, a mini-symphony of rumbling, steamroller like bass, assaultive, heavy as hell drumming, punctuated with screeching guitar feedback. When the song kicks in Buzz Osborne’s vocals and guitar riffs sound like the soundtrack for a coming apocalypse.

Live, the Melvins exceeded my expectations, as I was witness to more than thirty years of distilled, unorthodox auditory intensity in one performance, crushing.