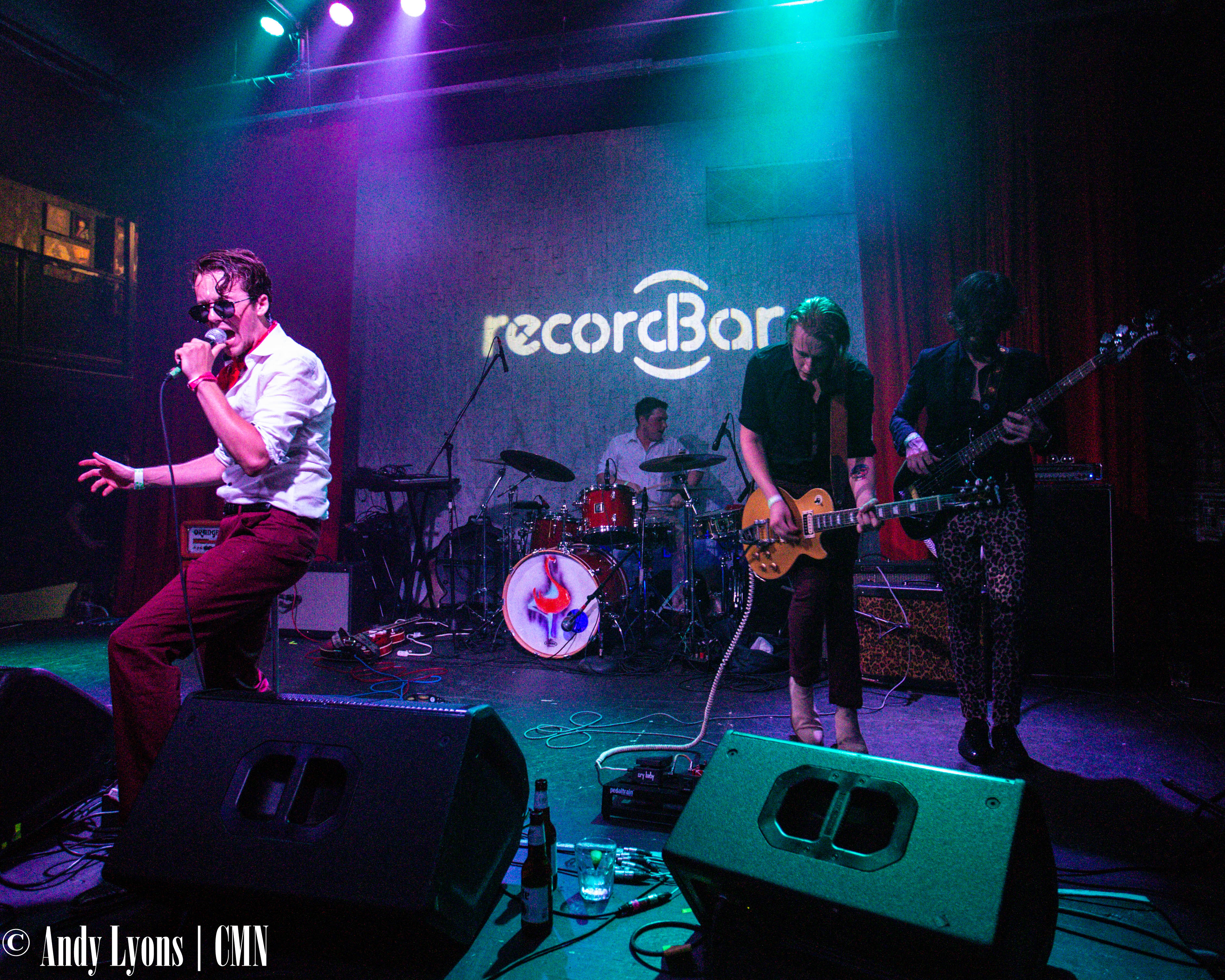 Last Saturday at about 9 p.m., the lights at recordBar in Kansas City dimmed and local psychedelic rockers Instant Karma took the stage for the final time. From the first strike of the drums to the final chord of the set, the group played a high energy show that energized the crowd and had fans dancing in front of the stage.

While it was the group’s final show as Instant Karma, they have made no secret of continuing on to a new venture together – and potentially with others involved. For now, Instant Karma is officially laid to rest and with no ill will. The group was started with frontman Colby Bales and guitarist Cody Calhoun in high school and has evolved over the last nine years.

Instant Karma started when Bales and Calhoun were in high school as a talent show band that used to play two songs every week at Jerry’s Bait Shop in Lee’s Summit. As the band has evolved through different member changes and levels of maturity, the decision was made to leave the band behind and continue with the new project.

During an interview after their set, the group was proud of their last performance and seemed to revel in the energy the crowd at recordBar gave them. The group reflected on how they got together – this incarnation was born in an ad for a bassist featuring the old band members in fedoras and GAP clothes looking for a bassist who loves soul music and Dan Aeurbach; the last bit caught the attention of bassist Branden Moser. They took turns interjecting on their favorite show, which happened to be the first one they played together as the current lineup to a mere three people at MiniBar – and there may have been mass quantities of alcohol involved.

As a group, Instant Karma played all over the Kansas City metro, as well as stops in Texas, Colorado, and California, and not only developed a fantastic stage show but grew together as musicians. That maturity shows in the way they crafted their last EP, “Make Me a Man,” and is a big part of the reason the group is continuing as something else.

“A lot of these songs were written in the beginning moments of us all together,” Moser said. “So it’s weird to say four years ago we played these for the first time and now we’ve played them for the last time. Usually you look at it like, ‘what changed?’ and you don’t know. But I can see everything. I can see how Zach’s grown and Cody’s gotten chest hair. Cole’s suit game has just stepped up. There is tangible growth you can see between day one and now.”

One of the major things Instant Karma has learned over their three years as the current lineup is that it’s difficult to remain true to themselves in order to get ahead, yet that’s one thing the four members have made it a point to do along the way.

“I think that’s what Instant Karma has been about, shitty performances, good friendship, great style mostly Moser,” Bales added. “It was about realizing that we could be ourselves and not have to fit into this mold of this set thing that says ‘oh you have to do this to be successful.’ By the end of it we finally realized that we could be ourselves and people actually fucking dig it and that’s why we ended it.”

And with that foundation the focus is now completely forward. Drummer Zach Harris has been recording the new material and doubling as the new group’s impromptu engineer. While keeping the new project a mystery, Bales teased to watch “Suspiria” – the original not the “shitty” remake – to get an idea of what the new music will sound like. But as a group, the members are going to keep trying new things and keep evolving.

“The thing about us four, is we love trying things,” Moser said. “We love new things, we love growing as musicians. We like listening to new music and trying things that are different because being your same self for 20 years sounds fucking miserable. So being the same musician playing the same shit for 20 years is just fucking miserable. So this is our excuse and our attempt to just be like, we can be whoever we want to be at any given time, anywhere we want to be.”

The group’s future had its groundwork built in Instant Karma, with a love for playing together and creating music with each other. The group was adamant to put music created as Instant Karma behind them and focus solely on what they’ve been working on. They’ve been working on it for more than 11 months and missed several deadlines, however they teased new material from their yet-to-be-revealed project will likely debut in early 2020.

For updates on the new project, follow Instant Karma on Facebook here. View our gallery below and extended gallery via SmugMug here. Listen to our interview with Instant Karma below via SoundCloud.