LATEST NEWS
11:38 AM
Home Entertainment Music Champagne Campaign on their way to what they want to accomplish after Spring Fling 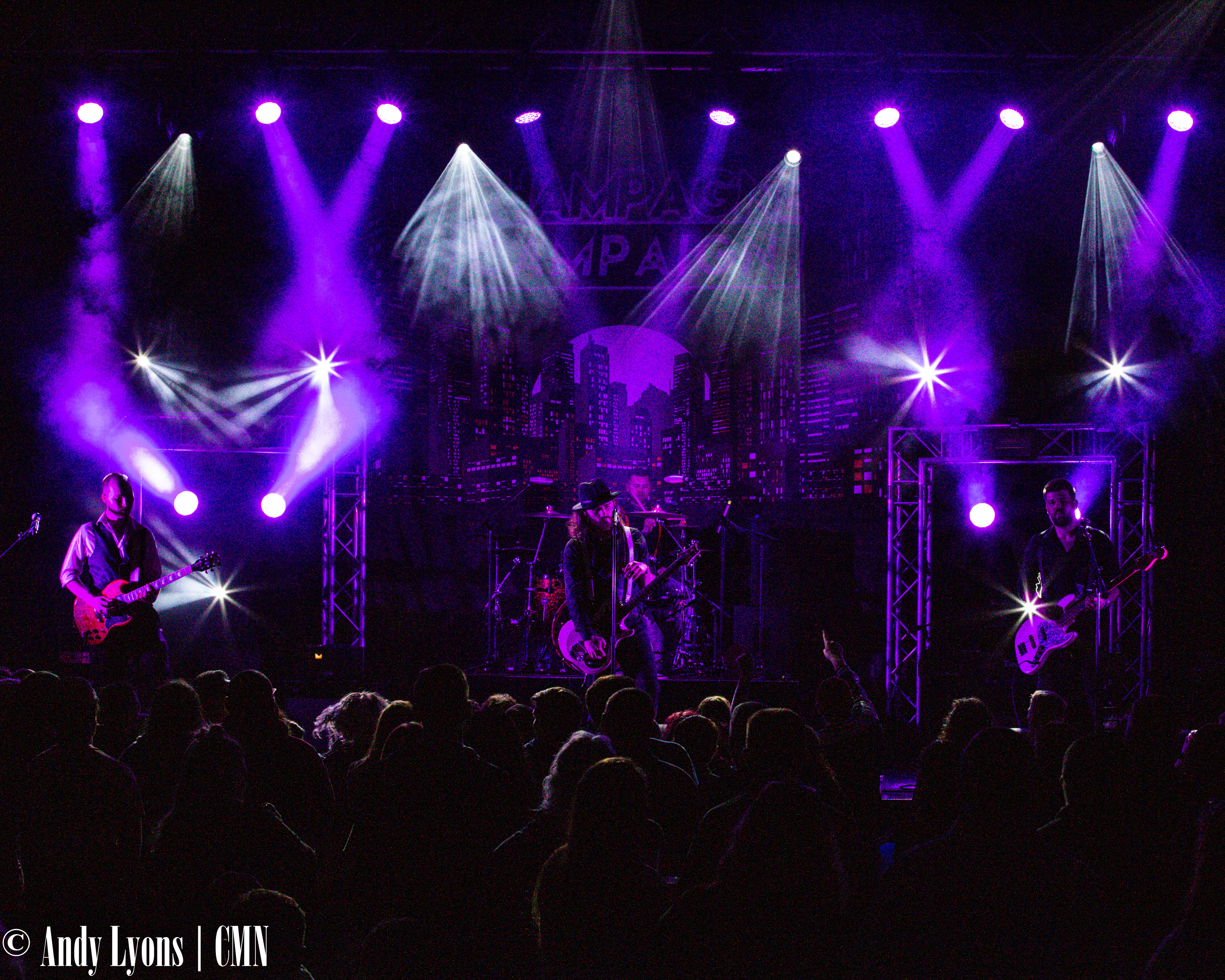 Last weekend, Champagne Campaign celebrated the release of their first album, “Speakeasy,” with a show at the VooDoo Lounge at Harrah’s Casino in Kansas City. The group put together a Spring Fling show featuring several of KC’s best up-and-coming local talent.

The show featured If It All Ends, Parvenu, Young Medicine, and Maddi as warm ups to the main course – Champagne Campaign playing “Speakeasy” in its entirety with a few surprises thrown in. But there was a lot of work leading into putting on such a show.

The group finished recording the album nearly two years ago, and worked to have all the pieces in place before releasing it for the world. After recording videos for songs “Fantasy” and “Medicine,” they began focusing on the show and ways to bring the album to the stage in a way that not only stayed true to the album itself, but also made for a unique live experience.

Drummer Zak Anderson had the idea for the group to sing the hook to closing track “Final Sunset” acapella to kick off the song – each member with their own role harmonizing together. Anderson said in preparation for the show, the group worked hard to get their vocals right.

“We wanted it to be big, to be a show,” he said. “We’ve really been working on vocals a lot, really trying to polish our craft.”

“We’ve been trying to develop everyone not only at their spot, but as a complete musician,” Lynch added.

The group also invited Maddi to the stage for a cover of Aerosmith’s “Cryin.” Lynch added some harmonica solo and the diminutive Maddi came on to lend her amazing voice to the track. With the lights heavy red, the group played some extended guitar parts while fans in the VooDoo lounge helped with the vocals.

Anderson said the group expected a big turnout for the show, but that the band was surprised with how many people made it to the show and ended up congratulating them on their album.

“We expected a big turnout but we’re thankful for the support,” Anderson said. “People we’ve never met before have been telling us they enjoyed it.”

“It’s unbelievable, pleasantly unbelievable,” Lynch said of the turnout. “We’re on our way to what we want to accomplish.”

Champagne Campaign opens for Pop Evil and Memphis May Fire at The Truman on April 23. The group is looking to expand into other markets such as St. Louis and Denver this year with a goal of playing at the Arvest Bank Theatre at the Midland in Kansas City.