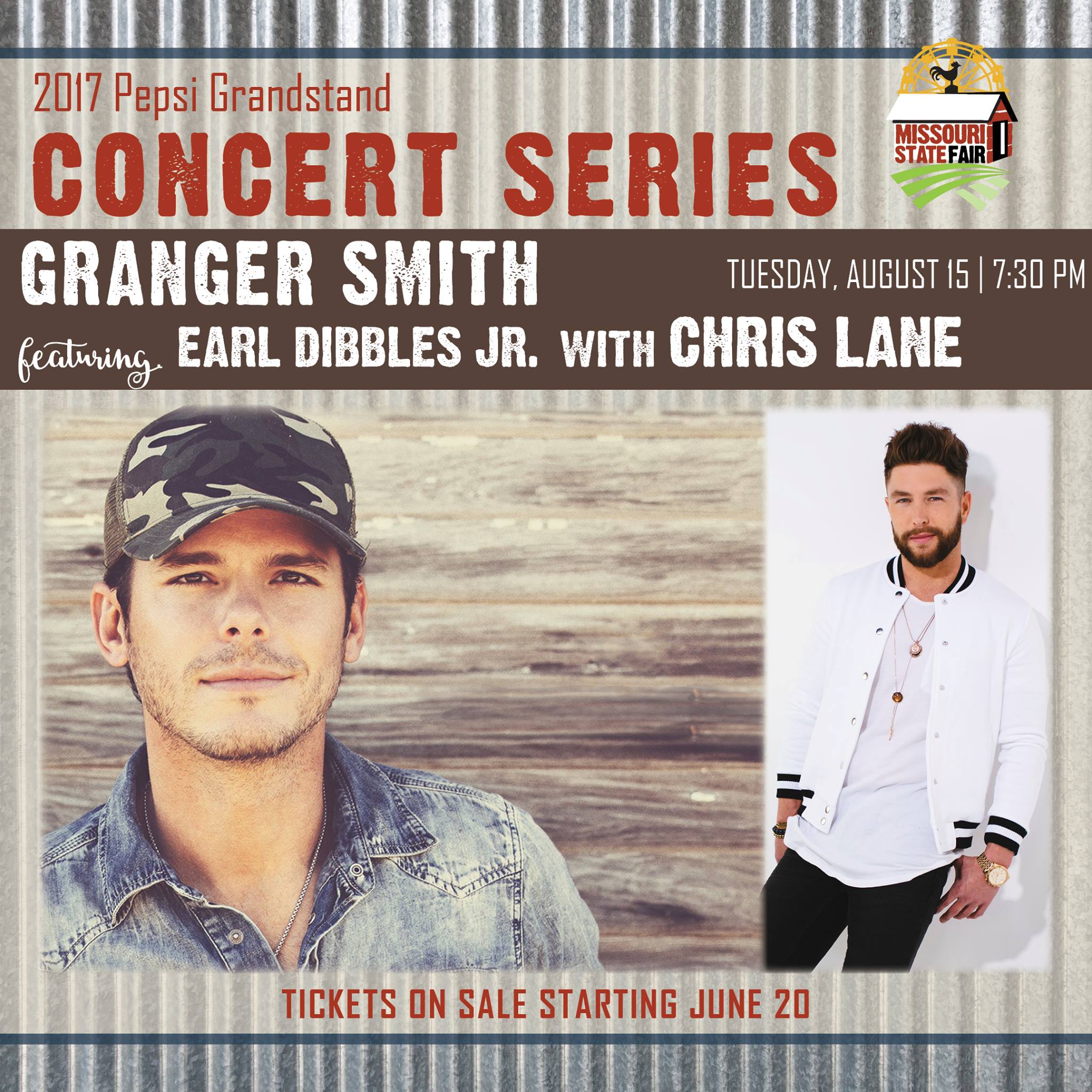 The Missouri State Fair announced Granger Smith, Earl Dibbles Jr., and Chris Lane are performing at the Pepsi Grandstand Aug. 15. The Fair runs from Aug. 10-20 this year. Tickets for the show are $35 for track seating and $25 for seats in the Grandstand.

Granger Smith, who also performs under his alter-ego Earl Dibbles Jr., signed his first contract at the age of nineteen in Nashville. He has performed three times at the White House, and in 2008 he traveled to perform for soldiers in Iraq and Kuwait. His 2013 album “Dirt Road Driveway” peaked at number 15 on U.S. country charts and number 11 on U.S. indie charts.

Chris Lane has opened for some legendary country bands including The Band Perry, Eli Young Band, Lee Brice, Chris Young and Brantley Gilbert, among others. In 2014, he opened for Florida Georgia Line on their “This Is How We Roll Tour.”

Lane’s debut single, “Broken Windshield View,” was released to country radio on June 10, 2014 by Big Loud Mountain. The song was written by Rodney Clawson, Shane Minor, and David Lee Murphy and produced by Joey Moi. It was featured on Sirius XM’s “The Highway” and iTunes’ “New and Noteworthy.” It sold 11,000 downloads in its first week of release and reached number 45 on the Billboard Hot Country Songs chart.