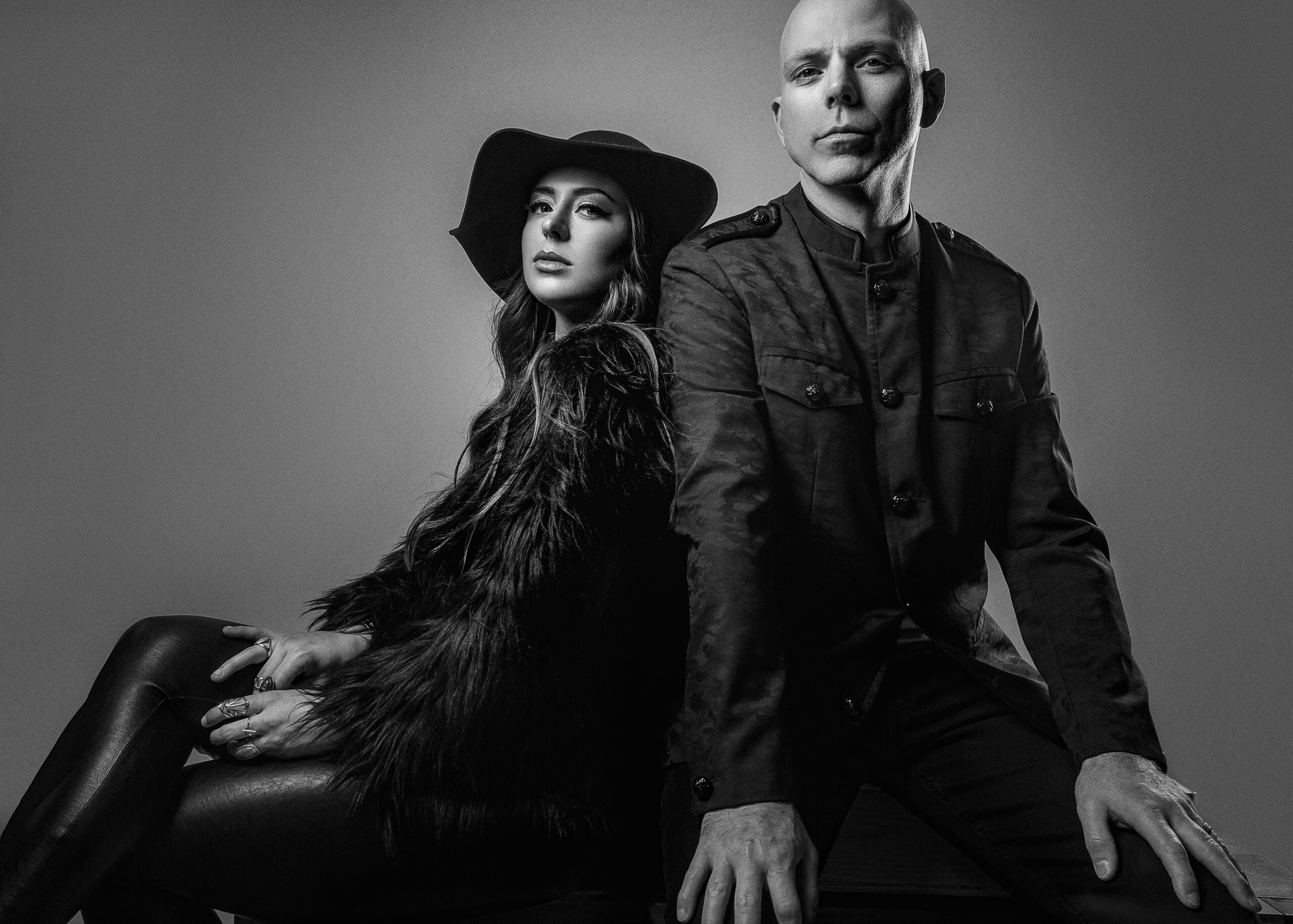 Friday, April 23 was a big day for new music with the release of Josh Rand’s new art endeavor, The L.I.F.E. Project. Released to some nice fanfare, the highly-anticipated undertaking has been foreseen since Rand let fans in on The L.I.F.E. Project last May on the podcast “Behind The Vinyl.”

Rand, of Stone Sour fame, let fans know he had 12 tracks “musically” done, and at that time he was looking for a vocalist. Little did Springfield, Missourians know it would be their very own lead singer and rockstar Casandra Carson of the band Paralandra. Together they debuted the band’s new track, “The Nothingness,” produced by Rand in his own studio and mixed by Josh Wilbur, who has worked with Lamb of God and Megadeth.

CMN chatted with Carson about all things new in her life including how she was recruited for The L.I.F.E. Project.

Carson said that through the classic “degrees of separation” and a rock and roll cruise, her talents made it to Rand’s ears. Carson told CMN that initially, she heard Rand was going to do a mix of vocalists but after she turned in her own lyrics and vocals, she was asked to come on full-time as the lead singer of The Life Project.

Rand knows the only thing an epic rock track needs to send it over the top is a powerhouse vocalist. Rand found that and more in Carson, Paralandra’s lead vocalist and an amazingly talented musician. With a voice and style like hers, it is hard not to make the comparison of rock gods the likes of Lzzy Hale or Doro Pesch. While she embodies their greatest attributes she brings a style and a path of her own.

“The Nothingness” leaves nothing out in what a killer rock song is supposed to be, as Rand shows off his truly amazing talent and skill as he takes on the mantle of all the instruments. The guitars are epic and take you back to when rock felt more pure with perfect headbanging chunk and blazing solos that burn through the speakers and bring a freshness to your ears. On top of that, he brings percussion that moves you in your soul with a classic sound that adds new energy with mixes that show off his newly acquired piano prowess.

Carson described the album as “very metal/rock driven, and I feel like it is pretty unique too,” aside from one song that might surprise fans.

She also told CMN a little bit about the recording process, saying that one song was recorded with Rand in studio and that the rest of the vocals were done in Springfield.

Asked about a possible tour with The L.I.F.E. Project when the world reopens, Carson replied “absolutely.” While nothing is in stone, talks are underway.

The official release date for the new album from The L.I.F.E. Project is July 9. As can be seen from the studio-shot video that accompanied “The Nothingness,” fans are teased as to what to look forward to with, Casandra confirmed, track titles “Ignite,” “Purgatory” and “Worthwhile.” So if “The Nothingness” says anything as to the album to follow, fans are in for a treat of needed rock.

Carson has found success with her band Paralandra, with tours supporting acts such as Tantric and Yngwie Malmsteen. While always making fans everywhere they play, it is no doubt why Rand asked Carson to bring his music to the next level.

Paralandra might be one of the hardest working bands around, with shows every weekend. Carson said Paralandra just finished a trip to Orlando, Florida, where they recorded a new eight-track album with producer Elvis Baskette, who has worked with Alter Bridge, Tremonti, and Slash. Although she didn’t share an album title with CMN, Carson did share how excited she is for fans to hear it.

For the entire interview with Carson listen below.