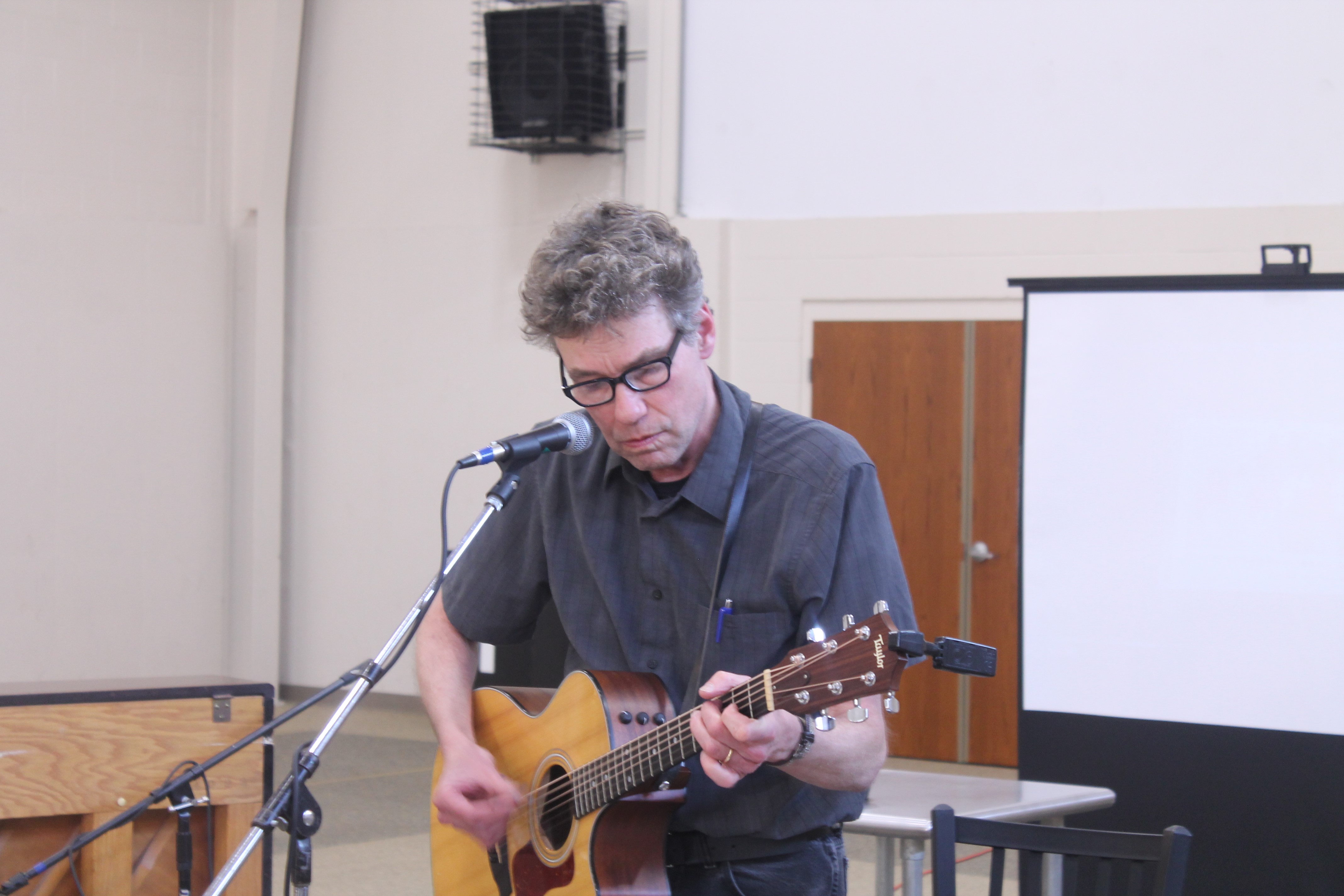 The secular and the sanctified met at the First Christian Church in Warrensburg, Mo. last weekend as three musicians took an audience on an auditory journey, talking about songwriting. The three differed in musical styles, but some commonalities were present, most notably, in talking about the external and internal qualities present in songwriting.

The event “Songwriting the Art and Process” was a part of the University of Central Missouri’s Lifelong Learning series.

The presenters were Mick Luehrman, Arthur Kemp, and Kasey Dawn Rausch, for an event that lasted around two hours and was divided into two segments, the first in which each musician talked about the songwriting process, with the second half being time for performances.

All three presenters talked about finding inspiration via various forms.

Luehrman was first to tell his story. He’s the chair of UCM’s department of Art and Design, and he’s been a performing musician since the 1970s. A lot of his talk centered on the mechanics of song writing – one of the first things Luehrman put emphasis on was how a musician should pay attention to music.

“Studying good songs is one of the best ways to learn to teach yourself,” he said.

“If you learn a lot of different songs, what I’ve found is that little bits and pieces come together there and form something new,” Luehrman said.

Luehrman also stressed that a musician should try to be aware if he or she is unknowingly stealing from another song.

“If you have borrowed maybe a little too much, that will become apparent to you,” Luehrman stated.

Along with constantly listening to music, Luehrman suggested that the musician, the songwriter should constantly play one’s instrument daily.

“I think it’s important to just let things flow and come out as you’re writing and not to judge too much early on, save that for a little bit later,” Luehrman said. “If you are hypercritical early on, you might choke it off, and the muse will desert you.”

“Lyrics and hooks, they are present in everyday speech and experiences, signs, graphics,” Luehrman said. “I find that if I’m doing a really mundane task, like mowing the lawn, something that releases your mind from the thoughts of the day, sometimes, I’ll get ideas that way.”

Luehrman suggested documenting song ideas and lyrics as soon as they come to mind, in order not to lose them. He said he wasn’t exactly sure where some of his song ideas come from.

“You can think of it in a kind of spiritual type of way,” Luehrman said. 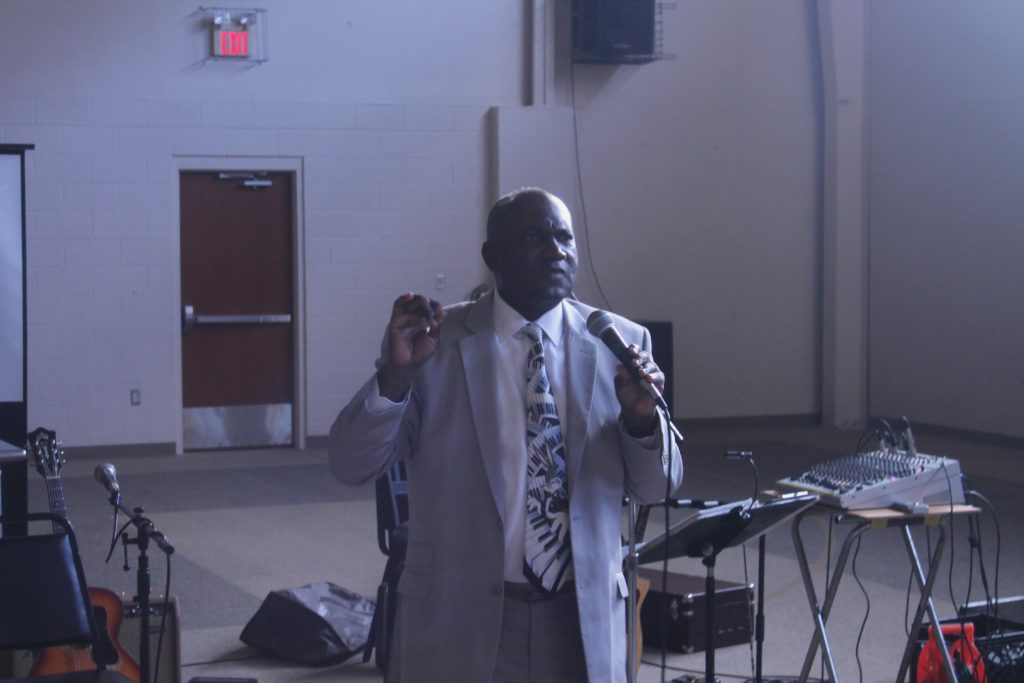 Arthur Kemp sings to the crowd at First Christian Church in Warrensburg, Mo.

The next speaker was Arthur Kemp, professor of Psychology at UCM, and he declared the source of his inspiration to be directly spiritual.

“I’m a Gospel musician,” Kemp explained. “Gospel music is not just something that I just do, but it is an essential aspect of my life.”

Kemp spoke of a structured, yet flexible, songwriting method of his called P.R.O.S. – an acronym, standing for perceptual, rhythm, occasion and situation. He then explained each facet of P.R.O.S. The rhythm method prompted lively audience participation, which Kemp proceeded to energetically respond to.

“Somebody give me a beat,” Kemp enthusiastically said. “Come on.”

His request was met with a few seconds of silence from the audience, which was broken with one hand smacking down onto a table, as others soon followed.

Kemp quickly took to the piano and improvised a song, As he was playing, he belted out the lyrics “God is good to me.”

At this point, Kemp’s cadence and presence resembled that of a minister, as he related a testimony about writing a song for his wedding in 1984.

Weeks went by, and Kemp had yet to write his wedding song.

“At 11:00 a week before my wedding, I heard these words, today we begin our life as one, it’s a union, with perfect harmony. I’ve waited so long for this day to come, and now my wish has come true,” Kemp said.

The final musician to present was Rausch. She is a Kansas City, Mo. based songwriter who works in the Americana and Folk genres. She’s also the host of a radio show on KKFI 90.1 called “River Trade Radio.” Her presentation was titled “Within you, Without you” and she spoke about the use of introspection and observation of the world as songwriting tools.

She recalled a story in which she was having a theological conversation with her grandfather when Rausch was in her late teens.

“I said, grandpa, I think I’ve figured it out. If God is everywhere, and God is within me, so when I have questions or doubt I just need to go inward,” Rausch recalled. “He understood what I was trying to say, ‘Ah yes,’ and then came the ‘but if God is everywhere, then God is also all around you. Remember to look up and look around you.’”