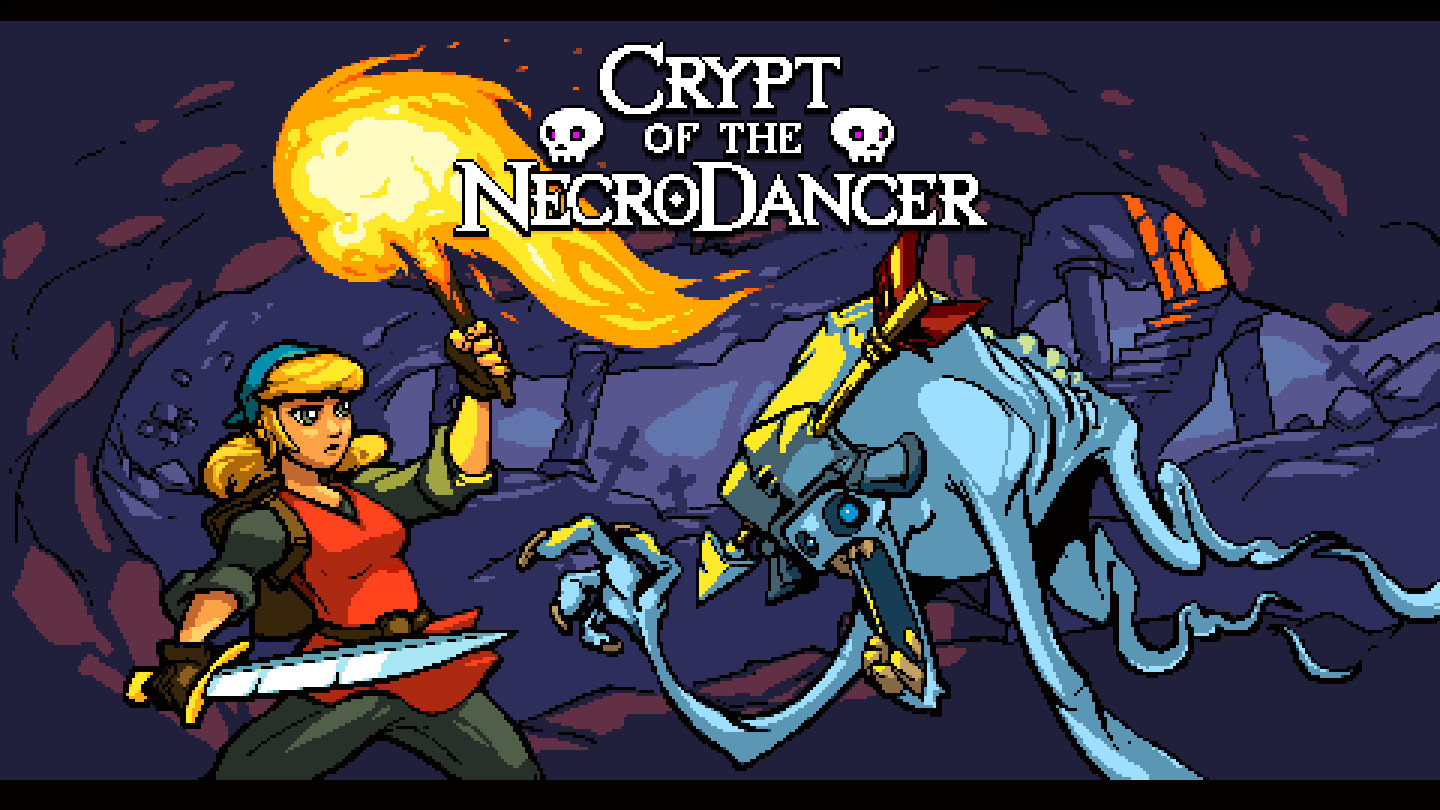 ‘Crypt of the Necrodancer’ puts a new twist on dungeon-crawlers

My first time playing “Crypt of the Necrodancer,” I thought I knew what to expect: a standard dungeon-crawler with a musical gimmick. I loaded up the game expecting to see pixelated monsters and treasure to accumulate while moving through a standard dungeon background, and maybe I’d have to time my attacks or something. What I didn’t expect was a full-blown paradigm shift on the dungeon-crawler experience, complete with a rocking soundtrack.

“Crypt of the Necrodancer” was released in 2015 by Brace Yourself Games, and combines all the things we love about roguelike games with the upbeat pace of a rhythm game. The player still have to move through a dungeon, defeating enemies and collecting treasure, but now there’s a twist: everything in the dungeon is set to an original techno soundtrack the player must also learn to move to in order to succeed at the game. Each enemy has a specific set of rhythmic movements that must be countered, and the player must learn to move and attack on the beat in order to defeat them. There are even floor tiles to look out for that do things like increase or decrease the beat of the music, so the environment plays a key and vibrant role in navigating the dungeon floors safely.

The best part about “Crypt of the Necrodancer” is the music. An original soundtrack composed by Danny Baranowsky, the music is catchy, unique, and perfectly suited to beating up baddies in a video game. However, if the music the game provides isn’t your speed, the game also provides you with an option to import custom music, so you can cruise through the dungeon at your own pace.
The aesthetic of the game is old-school pixels, but it remains colorful and fun, with enemies on the first floor of the dungeon ranging from the classic slime blobs (different colors of slime have different movement patterns, so watch out!) to Minotaur-esque creatures and even full-fledged dragons. The game never gets boring to look at, and with the aforementioned rocking soundtrack, it provides an all-around pleasant sensory experience for the player. More tactile players can also get their feet involved, with the option to use a dance pad instead of traditional controls.

Much like any roguelike, the pitfall of “Crypt of the Necrodancer” comes with the potential for repetitive gameplay. While beating up bad guys in a dungeon is fun, doing the same thing over and over again in order to progress can begin to feel a little stale. Moreover, since it’s coupled with a rhythm game, there’s very little actual variety in how you take enemies down – you simply attack on the beat until the thing is dead. This means playing the game for long periods of time can begin to feel old and boring, even though the soundtrack does a good job of keeping the player engaged in the experience.

Overall, “Crypt of the Necrodancer” is a fine addition to a tradition of roguelike indie games, since it combines a traditional dungeon-crawler with a rhythm game in a new and interesting way. Fans of roguelikes should definitely pick this game up and give it a try, but for the everyday player, the repetitive nature of the game makes it a good time waster, but probably not anything you’d want to spend a lot of time with.

“Crypt of the Necrodancer” is available on Steam for $14.99, and is also available for the PlayStation 4, PlayStation Vita, and iOS as the “Pocket Edition,” with a port for the Nintendo Switch confirmed.