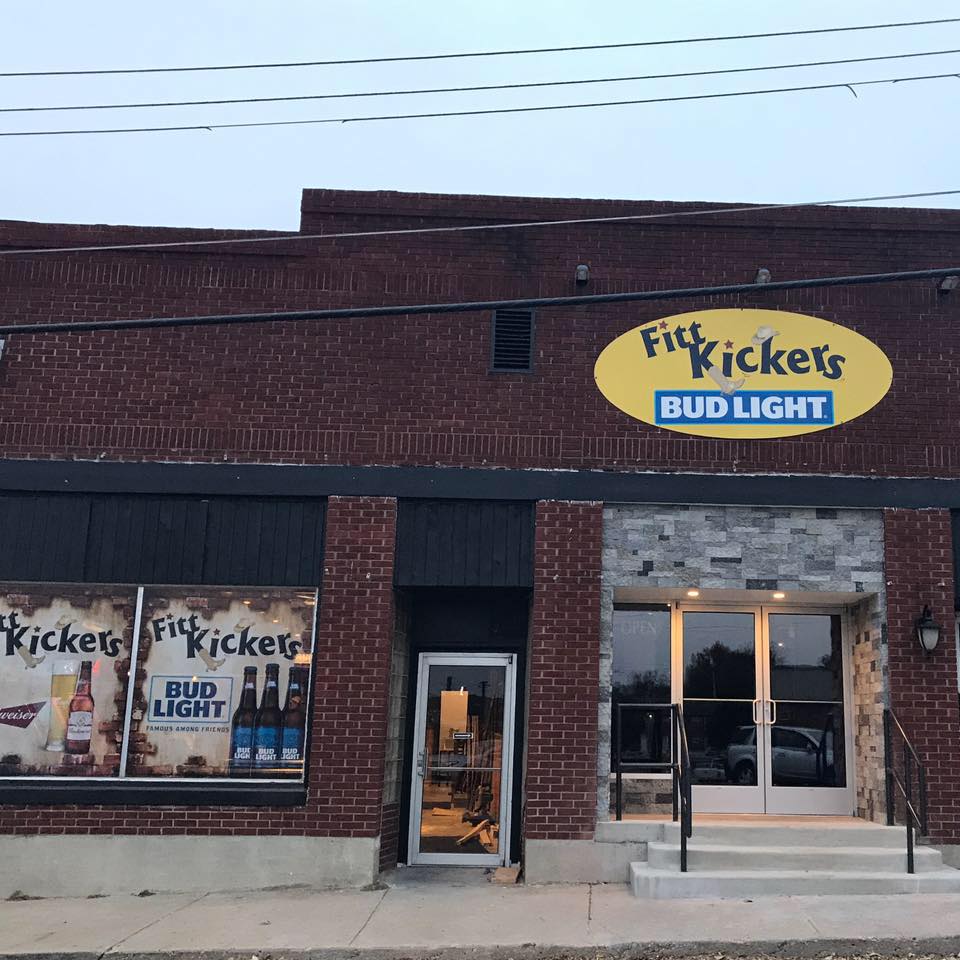 People dream all their lives of working their way up the ladder to a partner or ownership position. For Scot Michael, he found that opportunity working for Stacey Fitterer at Fitter’s, a local bar in Warrensburg, Mo.

Michael started as a doorman and within nine years was presented an opportunity to bring live music to the local community as a co-owner of Fitt-Kickers, the latest pub to open under the Fitter’s umbrella.

“It has been a wild ride,” Michael said. “I started as a doorman, doorman to cook, cook to bartender, and March will be my fourth year as GM at Fitters. We’ve got about 70 employees between the three bars I’m over. Now being a co-owner of a bar, it’s pretty awesome. And Stacey has been a hell of a good guy to learn from. With his longevity and as many years as he’s been in the bar industry and to have the success his bar do it’s crazy. It’s been a great learning experience. I didn’t think this is where I’d be at 40, but I couldn’t be happier.”

The duo came together to open the new bar through a partnership that allowed Michael to complete his dream of owning his own bar. The space came available last February, when the Italian restaurant that was in the space closed its doors.

The restaurant had a small stage and was very dark, so Michael said they decided to make the stage bigger and open up the space to accommodate live music. Fitt-Kickers now features all sorts of pub amenities, such as pool tables and darts, as well as plenty of TVs so patrons can catch games and more.

In recent years, several bars across Warrensburg have fallen to the wayside and had to close. Places such as 1871 and Tipsy Tower have fallen into college town mythos, but Fitter’s remains at the top. Michael told CMN it’s a mix of things that have given Fitterer and his businesses a life in the ever-changing college town.

“Fitter’s this year is celebrating 21 years this year, so it’s pretty amazing to have that longevity,” he said. “There’s a right way and wrong way of doing things. Doing it the right way and taking care of people, good customer service, good drinks, good food, that’s what has been awesome about Fitter’s and keeping people coming back.”

Michael said he hopes to bring the same tenets to Fitt-Kickers, with live music giving the bar a bit of flair beyond what the others offer.

“It’s hard to do live bands and DJs in Fitter’s so with the new bar we’re a destination. Some of the other bars may host a DJ but nothing to the extent of Fitt-Kickers,” he said. “Knowing Stacey and myself run a good establishment and you will be taken care of, you’re not going to get bad service because we expect better. Knowing you can go to Fitt-Kickers and catch live music and get that great service, great food, I think that is very huge and has helped the success of all his bars.”

Local live music hot spot The Bay closed last summer, and other venues don’t consistently host live music, so Fitt-Kickers finds itself in a unique position for locals seeking such a venue. Michael has been working hard to book bands consistently and get people to come back every weekend for a show.

“We want to have it to where you know every weekend you can go to Fitt-Kickers and there will be a live band there every Saturday night, sometimes Friday and Saturday,” Michael said. “We’ve just booked a couple dueling piano shows, nobody’s done that in Warrensburg that I’m aware of at any time so I’m excited about that.”

With Warrensburg at a crux between Kansas City, Columbia, St. Louis, and the Lake of the Ozarks, Fitt-Kickers becomes a great stop for traveling musicians because it offers a location that reaches the college population at the University of Central Missouri and soldiers stationed at nearby Whiteman Air Force Base as well as the local townies who frequent downtown.

Michael attributed some of the Fitter’s success to treating each demographic simply as customers rather than catering to a specific group. He said he learned a lot from The Bay in regards to supporting local music, and looks to maintain the success the other bars have had.

“You gotta take care of those bands, because those are the guys getting people in your door, you’re going to sell a lot more beer and a lot more shots if you’ve got a quality band on stage,” Michael continued. “Pay that five or 10 bucks. That’s the one thing I could ever see that may be wrong, people think ‘oh that’s my friend’s bar I don’t wanna pay the cover because my buddy owns it.’ I own the bar and I pay the cover every time I have a band playing that has a cover charge. Stacey and I both do. You’ve gotta really take care of the band so they want to come back and play for you again.”

Fitt-Kickers is located at 121 E. Pine Street in Warrensburg. Upcoming shows include Mad Hoss Jackson on Jan. 27, Blue Stem on Feb. 2, and Full Moon Band on Feb. 3. For a full calendar of events and more information, follow Fitt-Kickers on Facebook here.