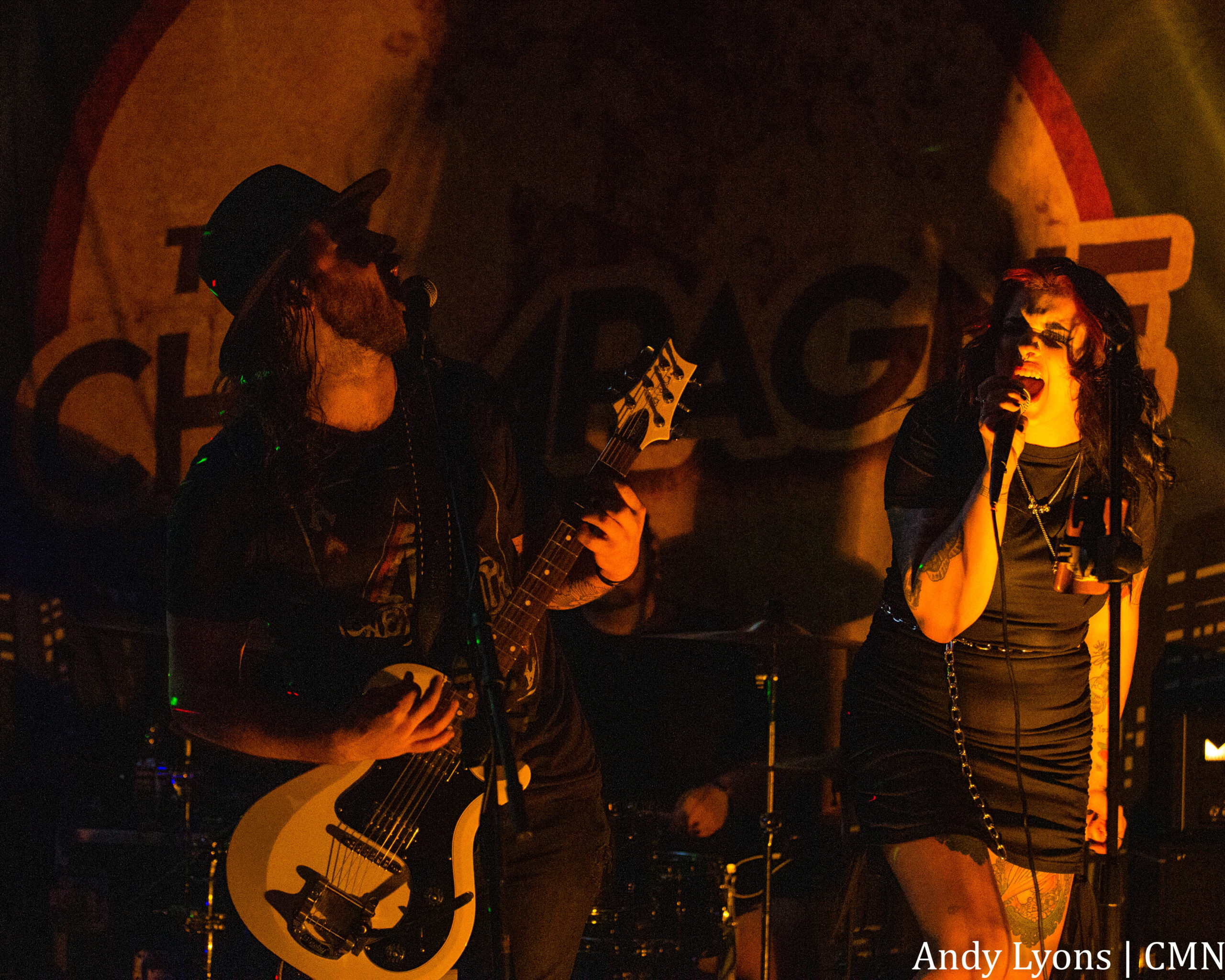 The Champagne regroups after Covid shutdown

When the lights went down at Barley’s Kitchen + Tap in Shawnee, Kan., on a chilly March night and The Champagne took the stage, it was a taste of the normalcy people have been missing. Fans and patrons joined forces for a night of classic covers — albeit masked and socially distanced in the age of the coronavirus pandemic.

After the virus caused massive closures and essentially shut down the concert industry, The Champagne frontman Ryan Lynch said it was only the second time the group had performed in nearly six months.

Lynch has been filling his time playing solo or as a duo recently as some restrictions have been relaxed around the Kansas City metro. However, The Champagne had some new, yet familiar, faces when they took the stage at Barley’s.

The most notable is vocalist Maddi Ogden joining the group. Her group, Minor Rewind, had been together for seven years before the pandemic hit last spring — even performing at The Champagne’s “Spring Fling” in April 2019. During that show, Ogden joined The Champagne on stage for a cover of Aerosmith’s “Cryin.’” The group split with the pandemic, and Ogden said she decided to “take some time off to grow and heal.”

Ogden’s vocal range adds some depth to The Champagne — the raspiness to fully embody Janis Joplin and the high notes to pull off the Damn Yankees’ classic “High Enough” don’t give enough credence to what she can do vocally. Lynch explained how they came together during the pandemic.

“Maddi and I have been talking about doing a couple different projects together for over a year now,” Lynch told CMN. “During the shutdown, we got together a few times and worked on some music. She came out and tracked some vocals on a song we were working on as well. She has been awesome to have around. In the past, she has had her own group and they’ve opened a couple shows for us. At our album release, she came up and sang a song with us as well.

“Since then, we’ve been kicking around the idea of having her start to work into The Champagne, but we’ve just never really gotten it together. So, I was really happy to have her this time. She brings a dynamic to this band that we didn’t have before her. She has a killer voice and a great understanding of how to sing harmonies, so transitioning her in went fairly smoothly. She and I both agree with some more time put into this, there’s definitely something special there.”

In addition to Ogden was new bassist Caleb Rivera. He and Lynch have been friends since attending St. John’s Military School in Salina, Kan., and when Rivera mentioned wanting to move to Kansas City to pursue music, the opportunity was there for him to step into the bass position as Drew Keffer had just left The Champagne.

“In regards to Drew leaving, it was a mutual parting of ways,” Lynch said of the split. “I think we got to a point where we both realized we were just on different paths. We were starting to really pick up on the gigging and I was constantly pushing him to do more, which in retrospect I was already asking a lot of him. But, there was not any bad blood or hard feelings. Drew has been for a long time and still is one of me, Justin, and Zak’s best friends. Like I said I think we are just wanting to pursue different things.

“When I met Drew he owned a bass guitar but hardly played it,” he continued “And over the years of working with us he learned some good technique, but I think he also really found a passion for music. He’s becoming a pretty good guitar player as well as a seasoned bassist. He is really good about supporting us too. He was actually at this show you covered. I personally am really glad that him leaving the band didn’t end up affecting our relationship as friends. And I think everyone involved is happier in their current situation. We are able to continue pursuing music at a pace that is comfortable for us, while he has been able to continue in his musical endeavors in an environment that works for him. And we can still be great friends.”

Taylor Mead filled in on the drums because drummer Zak Anderson is sometimes unavailable. Lynch said Anderson’s wife is due to have their third child this summer so his family is his primary focus right now. Mead played drums for The Champagne in 2018 before moving on to other projects but agreed to fill in for the show as well as providing his soundboard and running audio for the night.

With the addition of Ogden and Rivera to the group, and Mead on a short-list of fill-in drummers, The Champagne is planning a lot for 2021. Currently, the plan is to run as a cover band for the time being to re-establish themselves and do one or two big original band shows.

The Champagne are working on a couple of new songs they plan to release mid-summer and will be back at Barley’s Kitchen + Tap on April 16 and at The Levee in Kansas City on May 8. For more information, follow The Champagne on Facebook here. View our extended gallery from the show via SmugMug here.