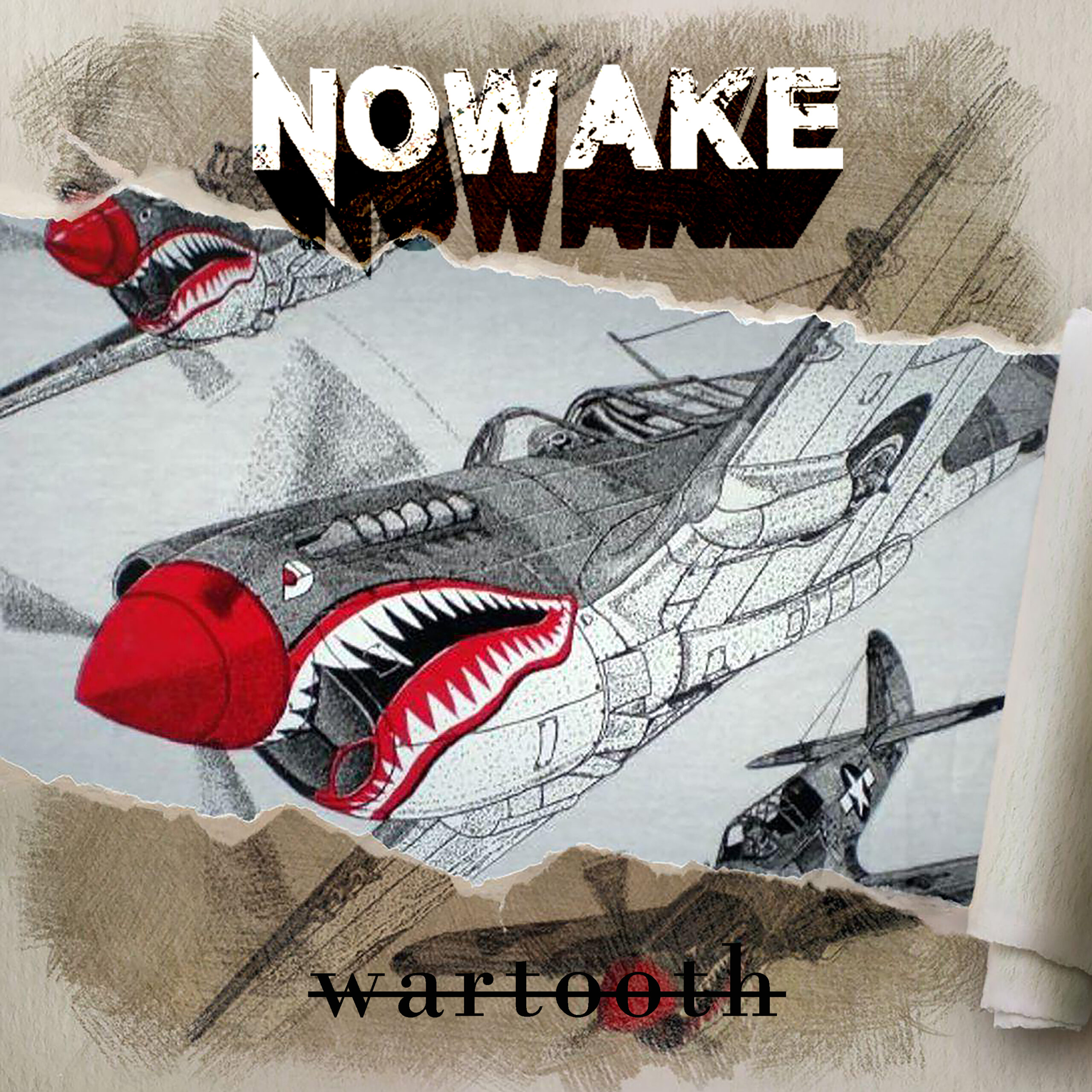 2020 was a bitter pill to swallow for musicians all over the world. The reliance on live performances for income, fan engagement, and more was squashed as the Covid-19 pandemic caused closures to venues across the United States.

Many local and regional groups have found respite in small venues that are willing to push the envelope and open for business, or have focused their energy toward producing new content and releasing it while the countdown to mass reopenings is on.

One of those groups is the Hannibal, Mo.-based NOWAKE. It has been nearly three years since the release of “An Act of Defiance,” and the group decided early last year it was time to get something going. The group again worked with local producer Scott Donegan to put together a six song EP, titled “Wartooth.”

“We began work on it (in early 2020) and then things started to get tricky,” guitarist Sean McHargue said. “Between exposure quarantines and scheduling conflicts, the album sat somewhat dormant for a little while. We finally got the stars to align and got to chunk out sections at a time. Scott made things so easy for us and, even though it took months longer than it should have for obvious reasons, we were able to get this EP recorded and produced despite the state of things!”

The EP features artwork of the “Flying Tigers,” which was a group of volunteer fighter pilots in 1940s, who piloted P-40s with shark’s teeth painted on the noses. McHargue said he wrote the lyrics to the title track with a standard “rise above” theme in mind. The track is about two characters that he wanted listeners to self-interpret to find their own meaning within the song.

“One is about to be pronounced dead in the figurative sense when the feel changes to rising above that and fighting back,” he explained. “In verse two, you get a glimpse into a second character, a boy, waiting on a bus. When protagonists arrive to ‘topple his will to shine,’ he finds the strength to fight back. Who doesn’t love a good comeback story? Whether this is taken literally and the listener recalls being bullied or being close to death or if they go deeper than that, that’s what I love about music and lyrics specifically.”

McHargue explained the concept of a “Wartooth” is being someone who is battle-hardened in their own right. The band originally pitched some different concepts to their fans through social media, and someone shared the iconic image of the P-40s.

“Of all the iconic images to emerge from World War II, one of the most menacing has to be the shark’s teeth painted on the noses of P-40 fighter planes flown by the Flying Tigers,” McHargue said. “One phrase I remember from research was ‘against all odds, they became legends.’ I pitched our original album art against this newly designed Flying Tiger concept to the guys one day and it was a landslide, the Wartooth concept had been born.

NOWAKE has played a couple of the EP’s songs live over the past year or two, so putting them together for the record was a matter of honing them in and getting them recorded. For others, they followed the traditional route of building them in house and recorded them down. Production delays due to the pandemic and other scheduling conflicts, as well as working with Donegan, gave the group time to truly build songs the way they wanted fans to hear them rather than force out a record with a deadline.

“The delay between recording sessions with Scott gave us more time to really ask ourselves how we wanted the songs to be built,” McHargue said. “I know it made me reflect on not only my guitar parts, but also my backup vocals. Scott enables us to be who we want to be, which is awesome, but when you have that extra time on your hands, you find yourself changing what exactly that may sound like. The end result was something we are all very proud of.”

There is some noticeable differences between “Wartooth” and “An Act of Defiance.” One of the biggest is from vocalist Mark Kempker, whose voice work sounds fuller and more true which makes the tracks sound more genuine. There is some amazing production to the EP, with screams and growls underneath tracks such as “Forgotten Melody” which gives the song a darker, heavier tone. McHargue attributed the changed to working with Donegan, who he said challenged Kempker to push his vocals, as well as some changes in the lineup.

“Scott challenged Kemp to push his vocals,” McHargue said. “Not necessarily to a point that he couldn’t replicate them live, but just to fill the spectrum of what he can do. Kemp is so talented as a vocalist, we all loved to see what he was able to do. Since (guitarist) Austin Birkhead only played acoustic and half of a guitar solo on “Gone” (the last song on 2017’s An Act of Defiance), this marked his first album as a full-fledged member of the band.”

“He obviously added a lot of amazing moving guitar parts to help layer these songs, but he also added another layer to the overall vocals that compliments Kemp. The two of them do their thing and they do it very well.”

Sonically, the album has plenty of highs and lows, break downs, and more for fans of rock music. The instrumental work on the album fits the concept well and never gets boring for the listener. McHargue said the addition of Birkhead and Ryan Gilmore on bass helped the instrumental parts gel. He said he loved having a bridge or pre-solo really build things up in the music. New drummer Mark VanWinkle really helped bring McHargue’s vision of “adding a little more each section” to life.

McHargue said each track on the album is special to him, but “Forgotten Melody” is his favorite, for now. Lyrically, the song addresses some of life’s mysteries, from the miracle of life to the tragedy of death. Three of the five members of the group are career firefighters, and McHargue said they have experienced things that can be hard to process.

“This song hints at that as well as the overlying theme of ‘breaking through the other side,’” he said. “This can be interpreted in different ways and that’s another aspect I love about it.”

McHargue said when the band’s previous drummer left a little more than two years ago, he thought they’d be ready to throw in the towel. NOWAKE has been together since 2007, and at the end of 2018 he said they had experienced a lot more than most regional bands had. Birkhead and Gilmore were the two newest members of the band and had just started working on the music that would become “Wartooth.” After the four of them hashed it out and wanted to keep the group going, the search was on for a new drummer.

“I walked into the office of my boss that next shift and asked if he knew of any drummers looking for bands,” McHargue explained. “He threw a few names out there, but then posed the question, ‘Well, what if I were to want to try out with you guys? Would that be something you’d be up for?’ I hadn’t even considered him because he had just re-joined a band that he’d been in previously, so I figured he’d be off the table.”

“Long story short, Mark VanWinkle joined. He didn’t only join, but he brought years of professionalism and talent at his craft to this band. Plus, he had been working on one of his own original songs with that previous band and wasn’t happy with how it turned out. So we began taking his song, ‘Crazy World,’ and making it NOWAKEified. He told Kemp about the lyrics and how he thought they should be delivered and took us other guys aside and painted the picture as to how he wanted the strings to sound. We ended up putting a Soundgarden or Alice in Chains vibe to the guitars the song began to take shape. I love the fusion of grunge with hard rock and we all bring different styles to each song. ‘Crazy World’ is such a cool song that takes you through a story and I’m glad Wink shared it with us. The album ends with this song and I can’t think of a better way to close it out.”

For more, follow NOWAKE on Facebook here. “Wartooth” is available on most digital outlets. Listen to it below via Spotify.