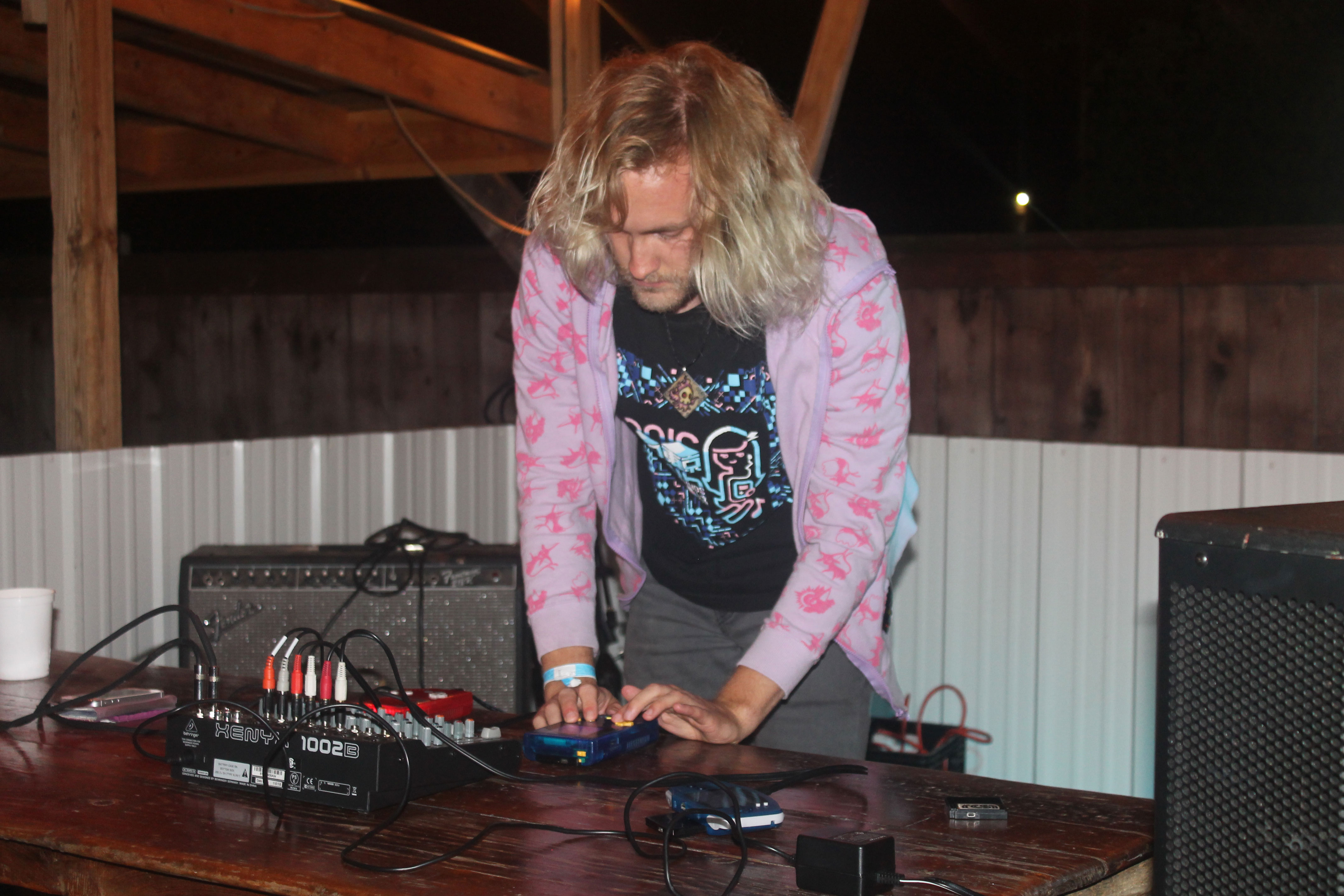 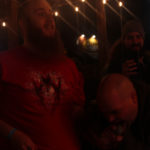 Metroyd Myk with a fan 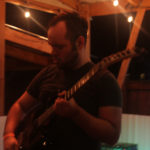 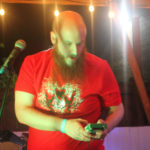 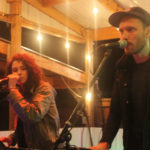 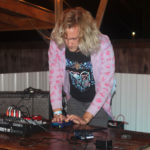 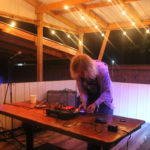 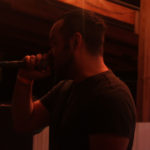 A young man stood center stage, holding the attention of those who had gathered close in front of the stage during the second day of Retro Ex inside the University of Central Missouri Recreation and Wellness Center.

He was ready to get down with his sound, yet no other musicians were at his side, and neither a guitar nor a microphone were in his hands. His instruments were Nintendo Gameboys hooked up to a mixing board.

His stage name is Don’t Blink Or You’ll Die, and he makes chiptune music.

It’s an electronic based form of music that draws influence from video games, using sounds from the days of 8-bit classic Nintendo and beyond, sonically manipulating an often surreal auditory hodgepodge.

Chiptune comes in many forms, from danceable stuff with more pop sensibilities, to harsh, harder sounds. The sound of chiptune was on display throughout Rerto Ex in Warrensburg, Mo. Sept. 7-9.

“You could argue that chiptune has been around since like old video consoles and old computers, making noise from it,” Don’t Blink Or You’ll Die stated.

Along with chiptune performers at Retro Ex, in the vendors section of the convention were representatives from Chiptunes=Win, which is on an online community, blog and music label. They had flash drives for sale containing a dense selection of chiptunes.

“Chiptune is a form of music that is composed on old video game and computer hardware. Basically, what they do is that they’ve hacked into the systems, they’ve written programs to be able to control the sound chips and produce the sound,” Erin Hood, co-manager and secretary of Chiptunes=Win, said.

Growing up in the 1980s, Brandon Hood, founder and project manager of Chiptunes=Win, was drawn to the music in video games. The attraction led to him recording music from favorite video games onto cassette, and later, he started listening to live bands that played video game inspired music, which eventually led to an interest in chiptunes.

The chiptunes presence at the Retro Ex served as an introductory sample of the music. More expansive musical experiences took place during the after parties, the first night at Fitt-Kickers and the second night at Muddy Creek.

Muddy Creek is a local bar, which also hosts live music including blues, folk, and bluegrass, but this was the first time these sorts of pulsating, electronic rhythms found a home there.

The chiptune purveyors started off a little after 8:00 p.m. on the patio area of Muddy Creek. First was Metroyd Myk, a cohort of Don’t Blink Or You’ll Die. The two share the distinction of being the only noted, known chiptune artists in Oklahoma City.
What Metroyd Myk does is quite anomalous. He takes on a role much like that of a Dungeon Master in the game Dungeons & Dragons. He narrates a fantasy themed tale, much like chapters from a book, with each spoken word piece leading into an instrumentation piece, all fitting together as a cohesive work.

Among his influences, Metroyd Myk cites the literary works of Robert E. Howard, author of the original Conan the Barbarian stories, as well as prog-rock and heavy metal.

“I’ve done really well in the punk and metal scene,” Metroyd Myk said. “I have some influences on the more dancey side of electronic music because electronic music easily gravitates towards dance, but for me, the attitude is more like that hit, bam!”

Through much of Metroyd Myk’s presentation, a frantic, claustrophobic feeling was invoked via his sound, which seems tailor made for a Dungeons & Dragons campaign. It’s one that vividly activates the theater of the mind, conjuring up images of the Cleric, the Fighter, the Rogue, the slaughter of Orcs, the discovery of treasure and lost sacred artifacts, the critical fail on a D20, maybe even Tiamat shows up.

Before going into the last song of his presentation, Metroyd Myk took time to tell the audience about the inspiration behind what they were witnessing. It was developed as an outlet for Metroyd Myk to cope due to the loss of his brother to cancer. The overarching theme of the story was of a hero finding the inner strength to rise above fear and trepidation.

One of the common criticisms of synth-based electronic genre music is the notion that it lacks the heart and soul found in rock, folk or blues. Such a notion couldn’t be further from the truth regarding The Fluorescent, a husband and wife duo from Kansas City, Mo. They took to the stage after Metroyd Myk. Their instrumentation set up was that of dual keyboards and the Gameboys ran through a mixing board.

Their sound lent itself to indie pop with dual melodic vocals and harmonies. There was something remarkable during The Fluorescent’s set. As more of The Muddy Creek regulars started to pour in, some of the college bar crowd started to move up front amongst the self-declared geeks and nerds and started dancing side by side.

The biggest surprise of night was the last act, Solarbear, who drove all the way from Philadelphia. He took to the stage with a guitar in hand, dressed in all black.

Solarbear does chiptune music in a most abrasive, aggressive form. He started his set delivering lightning quick, intricate metal riffs over electro beats. Then the guitar was put away. The programmed electronic audio filled the air, becoming its own contained, controlled chaos, heavily influenced by metal, and the vocals he delivered were ultra-aggressive screams. The whole room might have felt shocked.

During Solarbear’s set, I noticed more of the regular Saturday night crowd leaving. This wasn’t for everybody, and I have a feeling that Solarbear was aware of that. At one point, he switched from the more metal influenced electronic work to a chiptune version of the Mexican hat dance. The smiles and laughter in the crowd were contiguous during this and much of his set.

Solarbear’s set was more of a deviation from the other chiptune artists performing, yet they all had elements differing from each other within their music. This was more than just pressing buttons. A variety of visions were crafted by a group of composers and performers all operating within the same medium.

“The Gameboy music is wild, huh?,” Solarbear remarked from the stage.

Listen to our interview with Don’t Blink Or You’ll Die and Metroyd Myk in its entirety below via SoundCloud.