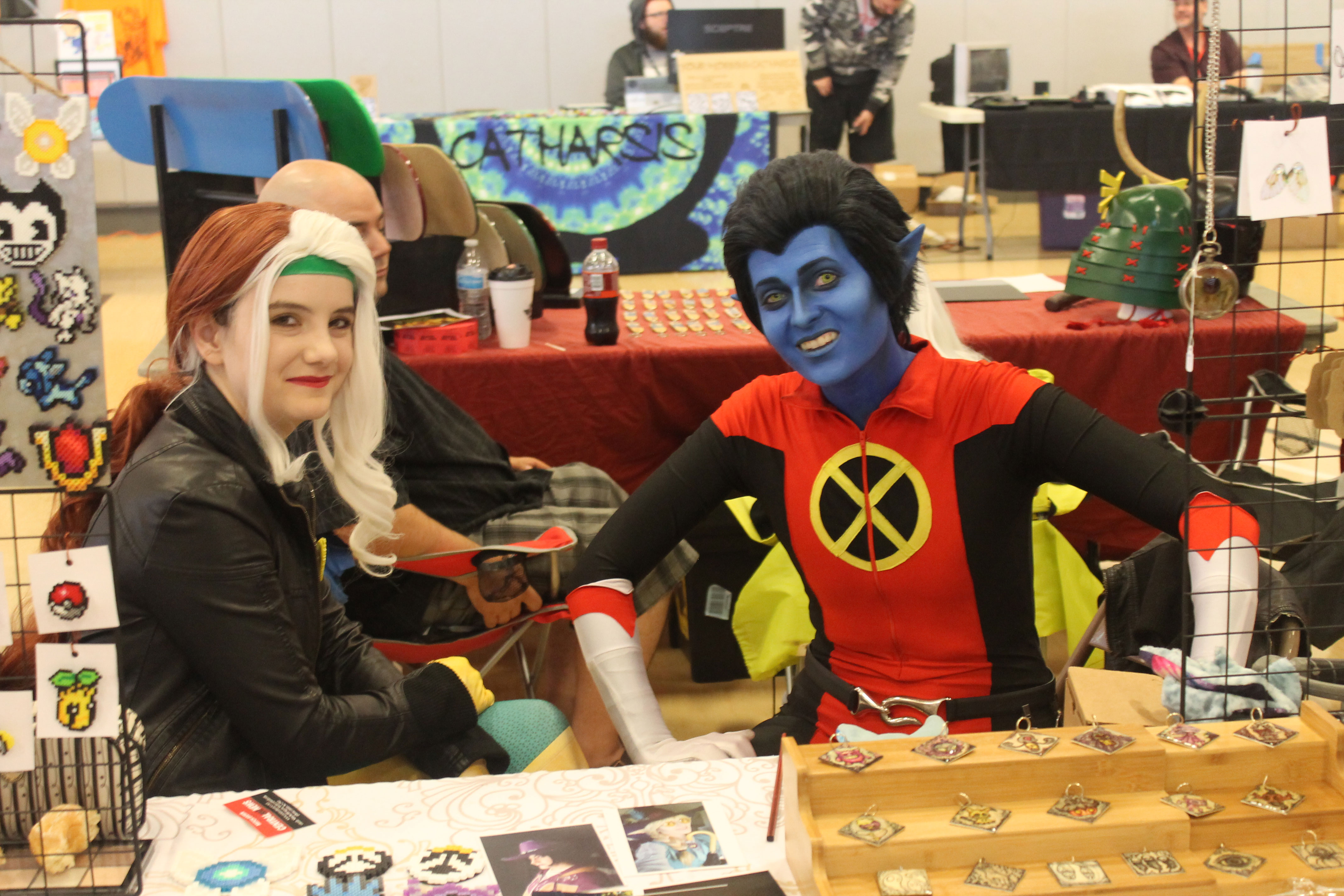 After months of planning and preparation, the time had arrived. The Retro Ex Gaming for Community Convention took place on the University of Central Missouri in the Recreation & Wellness Center on Sept. 7-9.

The lead organizer steering the direction was Brian Chamberlin, the owner of Retrograde Charitable Toy and Videogame Museum. One of his aims with the convention was to help grow a greater sense of community connectedness, with all of the proceeds from the event going to the Johnson County United Way.

Through the arranged aisles in the lower level gymnasium, varied pop-culture interests were displayed. Cosplayers, podcast hosts, illustrators and more shared the same space. Although individual vendors, guests and attendees might have been more partial to one medium or fandom in particular, all were involved in some facet of “geek culture,” as Chamberlin himself has called it.

In conversation, some vendors addressed how being into such material resulted in being stigmatized. Matthew Witten, a UCM student, was seated at table in the vendors section – he does a podcast called “Your Morning Catharsis.”

“We talk about video games, comics, movies, anything nerdy, geeky and life growing up as a nerd in current day,” Witten explained.

Along with the focus on geek pop-culture, a first person, more personal point of view is also part of the podcast.

“We do cover the life of a nerd, the life of a geek, what we do recently in college. I’ve talked about how I’ve been bullied,” Witten said. “I got called a nerd or geek because I was being bullied. Now it’s almost like it’s a popular thing to be. There’s so many people cosplaying, and I really do think the stigma has gone down.”

Witten attributes some of the decrease of said stigma to popular TV shows like “Stranger Things” and the growth of conventions. A common experience for many attendees at cons is the finding of a connection and sense of belonging.

Victor Von Crowe and Carley Bossemeyer, cosplaying as Rogue and Nightcrawler of the X-Men, of Strangecat Cosplay both had similar experiences.

“I grew up in a fairly small town in Kansas, Salina,” Bossemeyer said. “We had like one game and card shop in the town, and that was it, so for me to be interested in comics and interested in all of that, it was really difficult for me to find a place that I could go to have access to those types of things. When I got into the comic-con scene, that opened up a huge thing, but up until a friend of friend had told me about it, I had no clue about it.”

Bossemeyer said she can see the growth of cons being a help for people who feel like they don’t belong.

“I grew up in Wheatland, Missouri,” Von Crowe said. “We didn’t even have a comic shop, tiny town, and they don’t have anything like that going on, so when you’re what people call ‘nerd’ there’s a very small niche for it. I think I had maybe three or four friends that knew what comic books were. A friend of mine was like ‘you know what, I think you’d fit in at a convention. Let’s go to an anime convention,’ and here we are years later. I’ve met some of my best friends through this.”

Another kind of connection and camaraderie took place on the upper level of the building, the table top gaming – notably around a group playing a game called Gaslands. The large playing area on the table was decorated with miniatures. The group was gathered around a table, rolling dice, stating specifics relating to the game and moving their miniatures.

I stopped to take a look, and one member of the group observed me watching and began telling me about the game. “Gaslands is a post-apocalyptic racing game, think ‘Death Race,’ think ‘Mad Max,’” Casey Haines explained.

Connection was ever present during Retro Ex. The gamers, the larpers, the cosplayers, the vendors, the chiptune musicians were all part of the same function.

While reflecting on the three day event, Chamberlin spoke of gaining a sense of personal happiness from watching connections happen, to see people find their tribe, come out of their shells, as well as being exposed to differences.

Chamberlin said there were moments throughout when he thought “there is no place else I would rather be.”