LATEST NEWS
06:45 AM
Home Entertainment Concert Bullet For My Valentine kick off “Gravity” tour at VooDoo Lounge in Kansas City 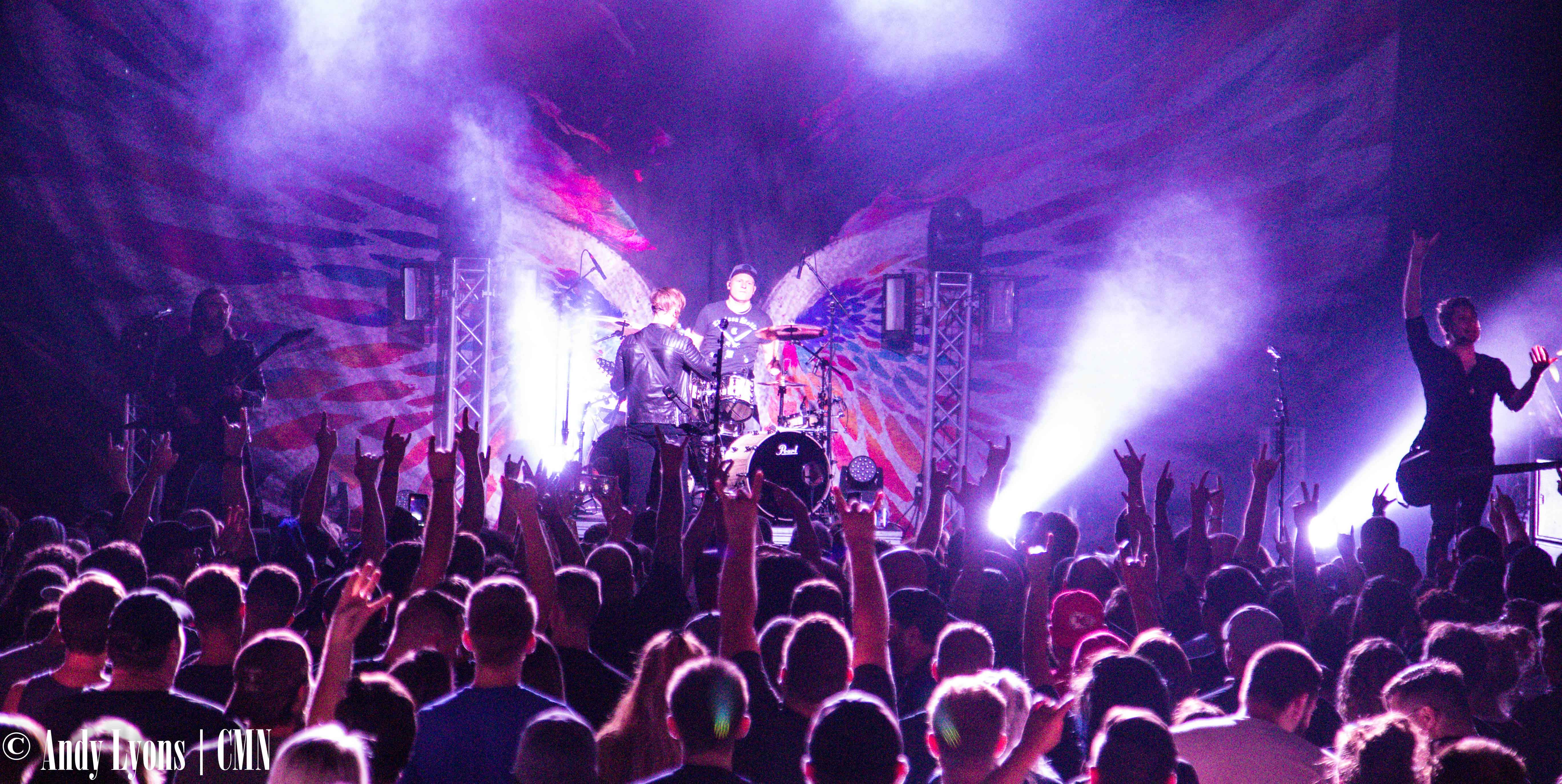 Bullet For My Valentine kicked off their fall tour at the VooDoo Lounge in Kansas City Thursday night, featuring support from Bad Omen. The tour marks their summer release of “Gravity,” the group’s sixth studio album.

With the lights dimmed and the crowd chanting “Bullet,” they hit the stage hard and heavy. Led by some blistering guitar work from frontman Matt Tuck and Michael Paget on leads, the BFMV had the audience on their heels at the start. Tuck split vocals with bassist Jamie Mathias to deliver the signature melodies and harsh screams fans have come to love.

BFMV delivered a variety of music new and old, something fans from across their 13-year history could enjoy. The crowd challenged Tuck to lead vocals on oldies such as “4 Words (To Choke On)” and “Tears Don’t Fall,” the latter being part of the group’s encore.

The group showed plenty of stage presence, with Paget and Mathias moving about the stage and getting the crowd riled up while new drummer Jason Bowld kept up the tempo. While he took the lead in the set, hard strobe lights flashed across the stage backlighting the rest of the band and giving them an ethereal feel despite the thundering music.

Bad Omens opened the show and set the tone from the first guitar stroke, delivering a heavy in-your-face set. With a new album in the works, the group delivered a visceral set and was well received by the crowd, which started moshing early. Vocalist Noah Sebastian worked the stage side to side, consistently pointing into the audience. Anchored by drummer Nick Folio, the group’s heavy sound flowed seamlessly song to song and kept the crowd’s energy maxed for their entire 40-minute set.