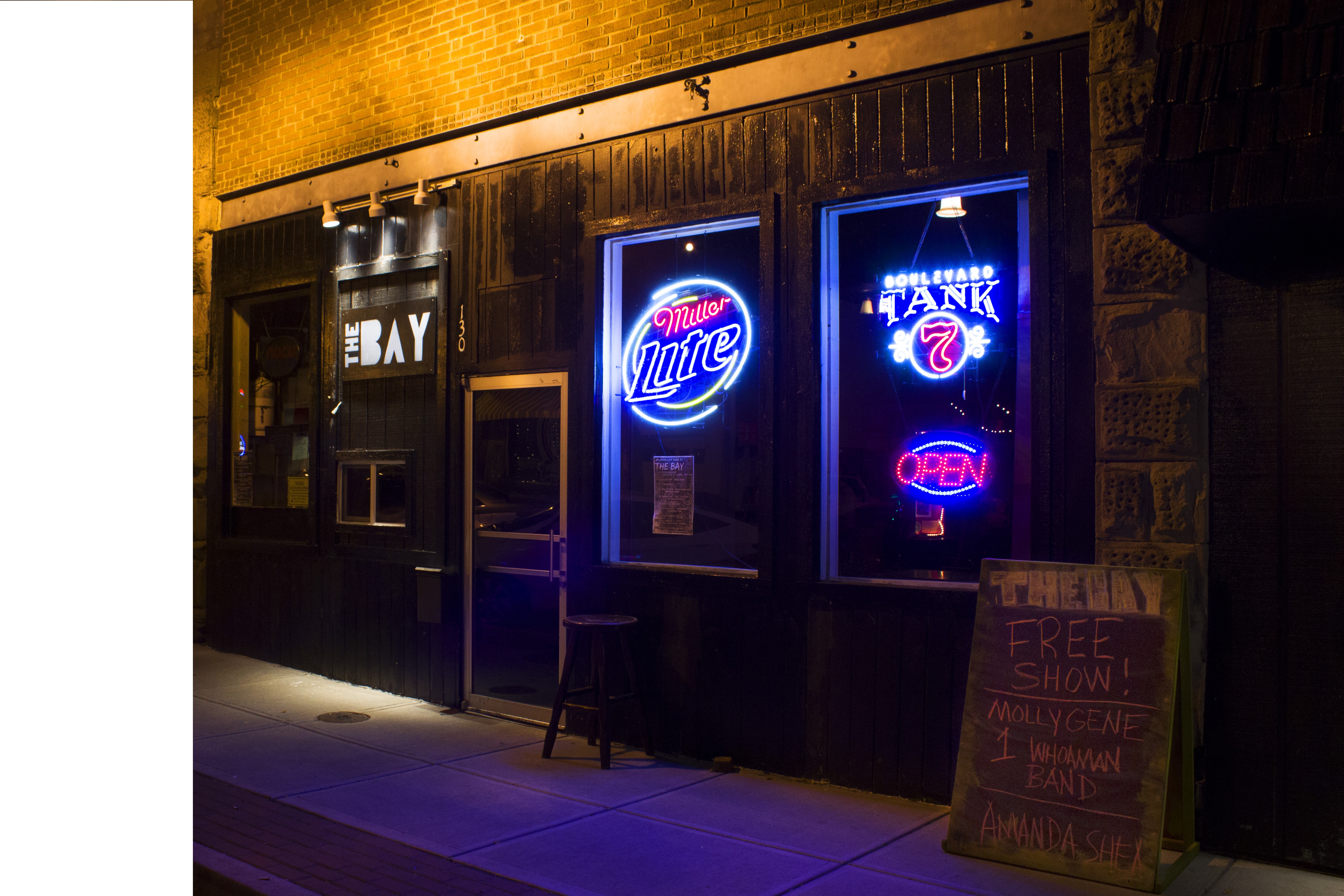 Change can come to a small town in central Missouri with a population that’s a couple thousand shy of hitting the 20,000 mark. When the town in question is a college town, a mixture of faces are constantly coming and going. Sometimes change to the town’s landscape comes in the form of a popular corporate coffee shop opening, and other times the change comes via homegrown businesses. The latter applies to The Bay, the only live music venue in Warrensburg, Mo.

Around this time last year The Bay’s staff was settling into a new location, having moved from 139 W.Pine to 130 W.Pine. When Central Mo News interviewed Bay owner Ben Blevins during the move, he anticipated that the change in location and expanded facility would bring in larger name acts. During that time, a Kansas City, Mo. connection with The Bay was further strengthened. In 2016, notable Kansas City artists such as the Architects, the Philistines, Danielle Nicole Band, Not A Planet, Katy Guillen and the Girls and Amanda Fish have all played at The Bay. Jay Linhardt, The Bay’s sound engineer, attributes the forging of a solid relationship with many Kansas City bands to word of mouth.

“We treat our artists as best as we possibly can and try and show them a good time, and they generally say that they like our crowd, and they like the atmosphere, and they tell their friends,” Linhardt said.

The Bay’s standing out on Pine Street comes from more than being a live music venue. The type of music being hosted also contributes to the bar’s uniqueness in the downtown scene. Linhardt said that one of the overall goals of The Bay was to provide entertainment for a variety of tastes. Sometimes that even extends beyond live music, as the bar occasionally hosts burlesque performance and stand-up comedy. Linhardt noted that blues, rap, singer/song-writer genre and rock are all welcome at the Bay. While reflecting on the diversity of sounds at The Bay, Linhardt mentioned the 8-Bit KC “Heatwav” gig that took place earlier this summer.

“It was music primarily made with Gameboys. They each had their own take on this, whether it’s dance music or hardcore,” Linhardt said. “Most people that came in were just blown away that they were making really intense dance music with those machines.”

Lindhardt also believes a sense of the eclectic goes beyond music at The Bay and also extends to the bar’s atmosphere.
“We are the most inclusive bar in town,” Linhardt declared. “When you walk in here at night, not only are going to see some interesting live music, but you are also going to meet interesting people.”

Ricky Brooks, a long-time Warrensburg resident and bass-player in the band Fuzzbeater, is a regular at The Bay. Brooks said The Bay does a good job of providing a space for locals and live music fans. The increased interest in live music that The Bay has helped to revive in Warrensburg is partially attributed to the change of location. Linhardt noted that The Bay’s current locale is closer to the other bars on Pine Street, and the stage is visible from the outside,and as a result passersby have stopped in out of curiosity.