LATEST NEWS
01:25 PM
Home News Molly Gene: To There and Back Again 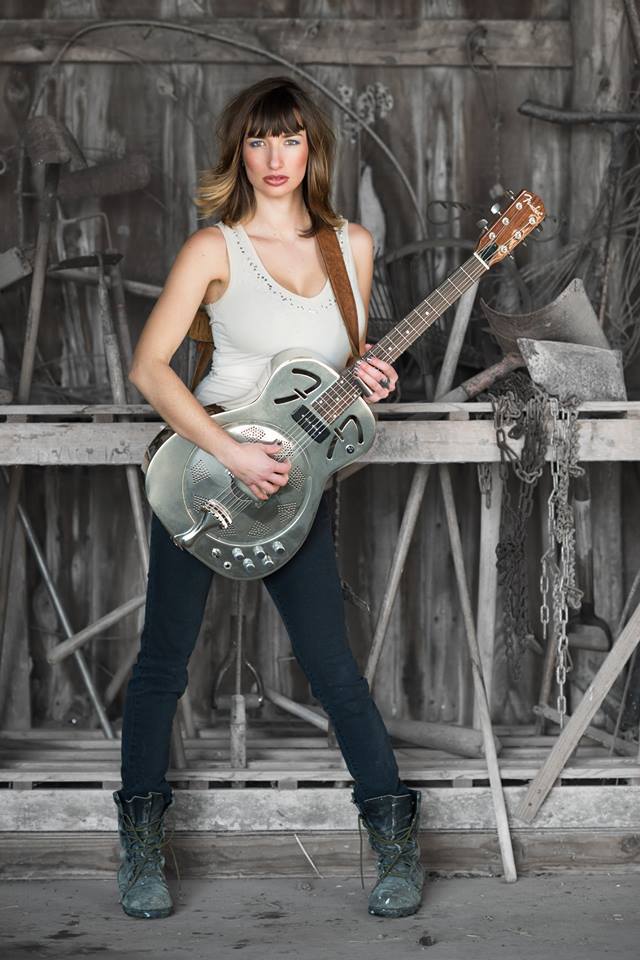 Molly Gene: To There and Back Again

The hybrid sounds that gave birth to rock n’ roll are now being channeled through the voice of Molly Gene Dyer, better known by the stage name Molly Gene, “the One Whoaman Band.” When she takes the stage, the sight and sound is not typical of downtown Warrensburg. She takes to the stage seated, yet ready to rock, hands on her guitar, her legs wrapped in fishnet stockings, cowboy boots on her feet, foot pounding onto a special foot drum, all the while belting out vocals, like the illegitimate granddaughter of Howlin’ Wolf and Janis Joplin. Her music is not typical for a Saturday night on Pine Street or of the Billboard pop charts. It’s known as “Delta Thrash,” a raucous sound that combines the twang and soul of Delta Blues with the amplified power, body and sweat of Led Zeppelin’s Jimmy Page.

“One of my friends actually came up with that term, ‘Delta Thrash,’ and I was like ‘it’s perfect,’” Gene said.

A love of music started early for Molly Gene. Some of her earliest memories were of her grandmother playing Jerry Lee Lewis-esque piano. “I think I kind of take after her,” she said.

Molly Gene’s introduction to the blues happened via a cousin who played her the music of Memphis Minnie. Gene then got her hands on a Univox guitar, and one instrument led to another. While attending college in the Florida Keys in 2006, an online search turned up a foot drum. The foot drum would later come in handy when Gene moved back to mid-Missouri.

“I didn’t really know anybody, but I had all these instruments,” she said. And the One Whoaman Band experience was born.

Molly Gene wasn’t content to just play Missouri, as she soon embraced the calling of the road, touring from coast to coast. The self-described country girl ventured to places like Los Angeles and San Francisco. Although she has played major cities, Gene admits there are elements of big city scenes she’s not exactly thrilled with, namely the occasional rude club owner. 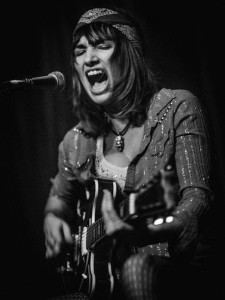 “I don’t have any experience living in a city,” Gene said. “If I could just hang out in the country, that would be cool, too, but I like going and seeing places.”

The desire to “make the rock all over the world” led to the 27-year-old traveling troubadour touring Europe, now with multiple European excursions under her belt, the most recent having been a tour of France, Spain and Italy throughout April.

The European connection came about when a promoter in Switzerland contacted her with the offer to play the “Blues Rules” festival. A domino effect ensued after, with one European festival leading to more dates on the continent.

Her recent stateside travels have included hitting the East Coast to record. Late last year, Molly Gene went to New York to record with Peppy Castro, a musician and producer who started in the psychedelic sixties, whose credentials include playing in the band Blues Magoos, touring with the Who in 1967 and working with KISS, Dianna Ross, Joan Jett and Cher. He stumbled upon Molly Gene’s music online and was magnetically drawn to her.

“I saw a diamond in the rough,” Castro said.

He believes Molly Gene is just as unique as Jimi Hendrix and Bob Dylan. “I think her charm is in how self-contained she is,” Castro said. Gene had some reservations about recording with the music industry vet.

“She was concerned I was going to gentrify her sound,” Castro said. Castro explained his aim was not to take away from the rawness of her sound, but to add to her musical arsenal. The two weeks spent recording with Castro resulted in Molly Gene’s latest album, “Delta Thrash,” which released in March. 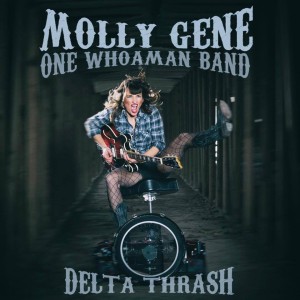 Although Gene has taken her show on the road and over the sea, she still shows love to her hometown fans. You can still find Gene playing the Bay, Warrensburg’s anomalous live music venue. Bradley Schulte, Warrensburg resident and bartender at the Bay, is a long-time fan who is quick to talk about the impact of her music.

“I personally have seen her from the very beginning. I bartended at her first two shows she ever performed,” Schulte said. He described her music as inspirational. “It hits your soul,” he said.

Schulte recalled a night at the Bay in which a group of patrons who had never seen Gene perform decided to check out the show.

“I said you’re going to like this show,” Schulte said. “They got there, and they were like this makes me want get out of my chair and dance.”

But life on the road has not been all song and dance and fun and games for Molly Gene. She’s encountered her share of hardships. The rigors of the road were taking a toll.

“The thing that sucks the most is being gone all the time, and I miss my family, and my cats, and you know, running water, the simple things in life,” Gene said.

Last year, she had an in-air epiphany that led to some life changes.

She noticed the passenger in the next seat over was reading a book with the words “the Artist’s Way” on the cover.

The discovery of a self-help book for the creative led to Gene writing and signing a contract with herself, ending a toxic relationship, starting positive ones and making more time for her craft.

“I was having a nervous breakdown when I found this book,” she recalled. Gene said she now feels on an upswing. She hopes for a future day in which she is able to make a living with her music and maybe not tour as much. “You gotta rest,” she said.