LATEST NEWS
04:29 AM
Home News University Magazine gets a reboot 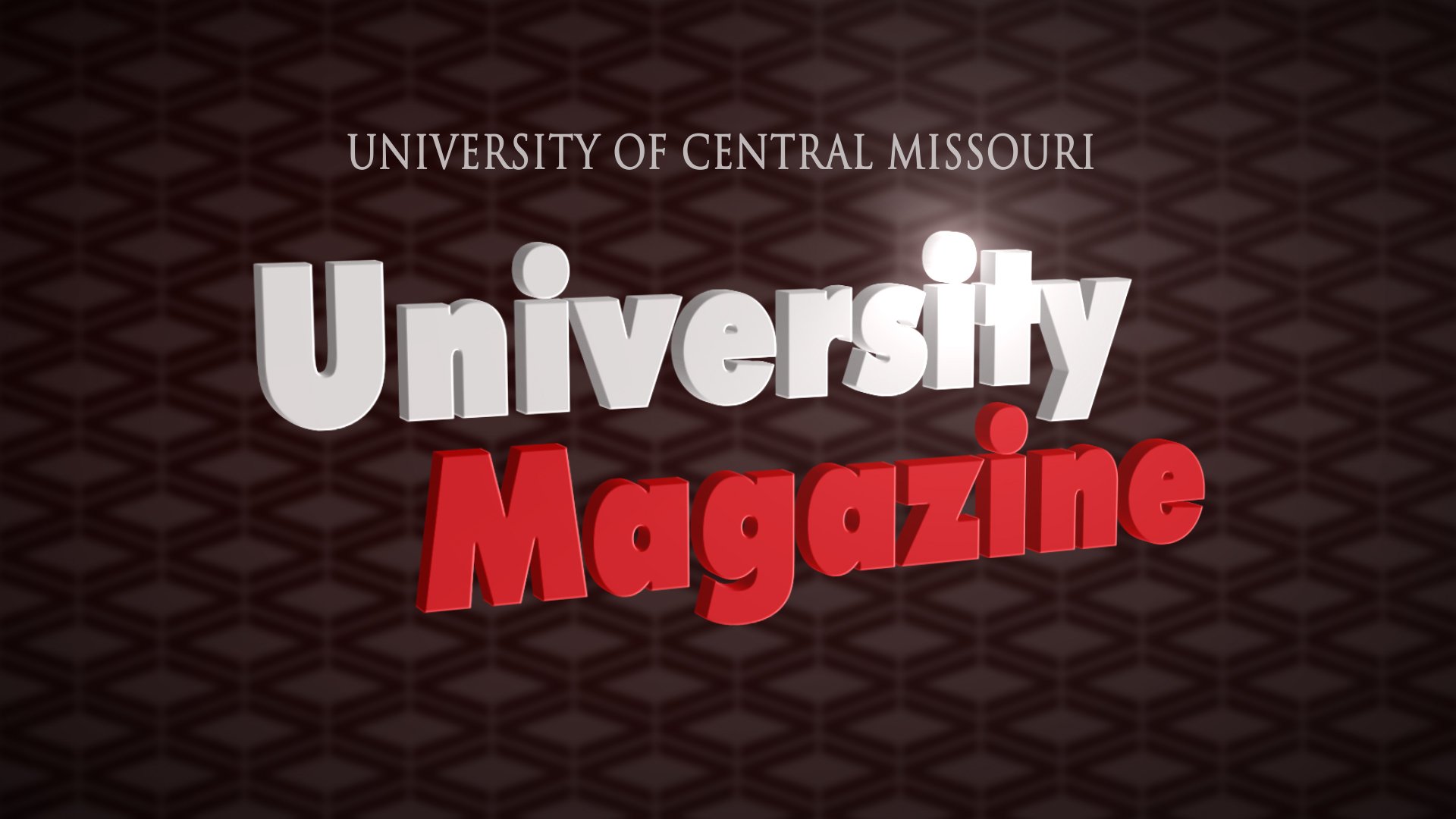 University Magazine gets a reboot

A long-time media standard at the University of Central Missouri is about to get a makeover. A more youth-centric, student-centered change is coming to University Magazine, the university’s current affairs program that first aired in 1986 on KMOS. At the helm of the revitalization process is Josh Leonard, a UCM alumnus who is now a multi-media producer at KMOS.

“I wanted a student to host, and I wanted to change things up,” Leonard said. Along with a student host, other changes include a green screen set, a more casual format, presenting of re-occurring segment categories and reducing the running time of segments.

Leonard said the reason behind shrinking the length of individual segments is for marketability and catering to the viewing habits of a younger audience.

“This generation would rather watch a seven second Vine video than a 10 minute short film on You Tube,” Leonard added.

Leonard’s motivation behind getting students in front of the camera pertains to marketability, a greater opportunity for students in broadcasting to market themselves.

Leonard explained that more screen time for college students equals a greater chance of getting a job in broadcasting after graduation. Leonard said his desire to help other students going into broadcasting was born out of his passion for film and media.

“I am very driven and passionate myself when it comes to my own personal film projects, so when I see people who share similar traits, that drive, I want to do whatever I can to help them,” Leonard said

Dorothy McGrath, KMOS manager of television and community programs, said the idea of revitalizing University Magazine was thrown around in the past, but it wasn’t until Leonard came along that the wheels started rolling. McGrath said the idea of a student host was brought up before, but in the era before the prominence of social media, many students were intimidated about being on a TV show.

“How many opportunities can you have when you are young to be on camera?” McGrath said. “Now that we have smart phones and Facebook and Snapchat, it’s far easier for students to get themselves out there and be more comfortable with being on camera.”

An open-audition for the University Magazine host took place last Friday: Sixteen students tried out, 26 had signed up, and two hosts were chosen, Katie Bailey and Ronandus Johnson.

When selling the auditions, Leonard did not limit his promotion to the usual suspects in the Digital Media Production major. He also reached out to UCM’s theatre department. “Being a news anchor is acting, “ Leonard said.

Having two student hosts will be one of the most visible changes within the program, yet another major stylistic change will also be on display, the new green screen, virtual set.

The virtual set is the creation of student producer Levi Wilkinson via the 3D design program Blender. The rejuvenation of University Magazine is planned to be so expansive Leonard called the process giving it the “2.0.”

“We are trying to put young minds in charge, trying to turn the show into a show you would be more used to seeing, as opposed to dealing with an old television formula and applying it constantly, over and over again,” Wilkinson said.

The first episode of the new University Magazine is scheduled to air on Saturday Sep. 27 at 4:30 p.m. on KMOS TV 6.