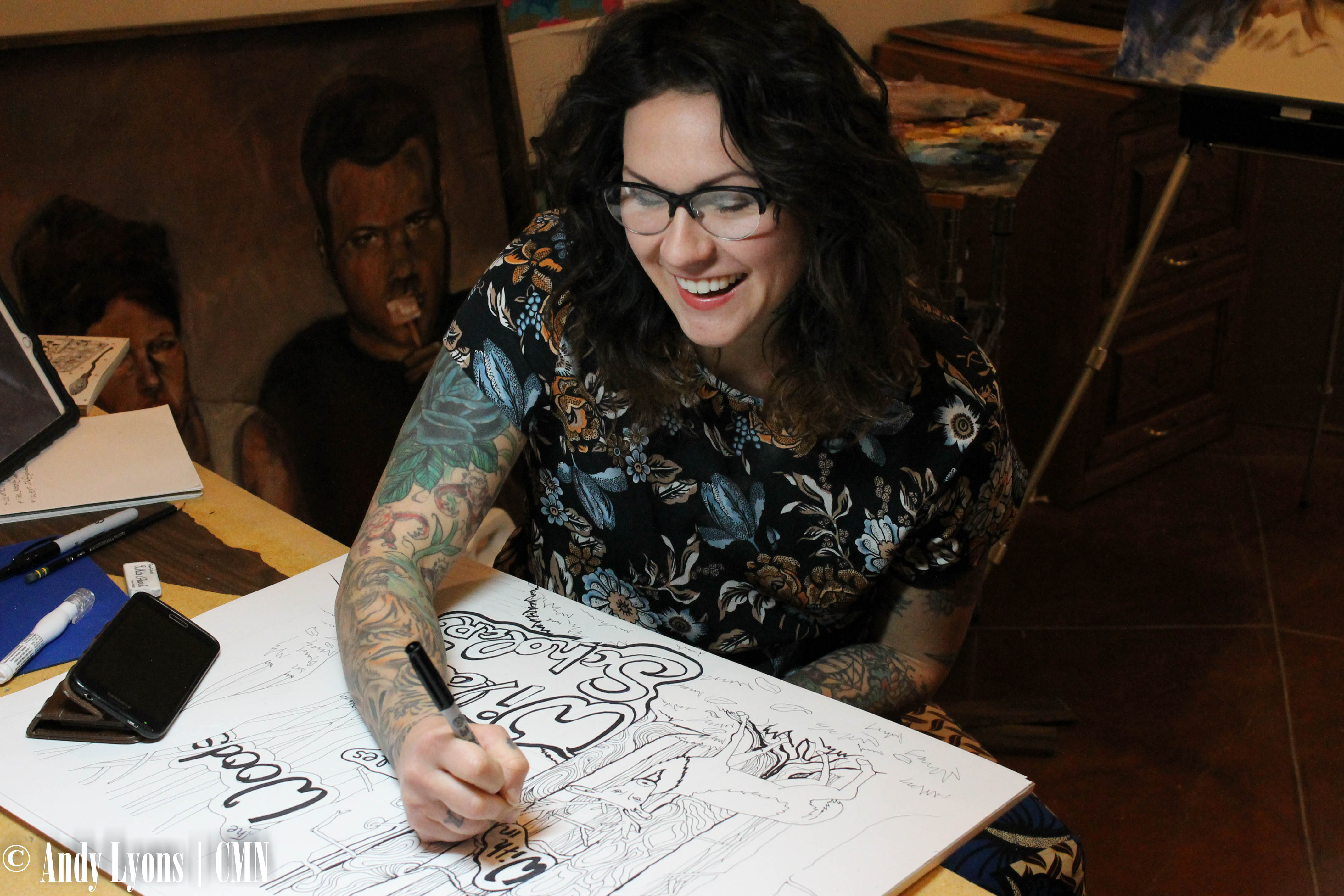 Editor’s Note: Gann has completed “A VERY Adult Coloring Book” and self-published it. Copies can be picked up at the Warrensburg, Mo. Hastings or via her website at ninagann.com.

Adult coloring books were all the rage during the 2015 holiday season, and one local artist took the term “adult” to heart.

“You immediately hear ‘adult coloring book’ and you’re like oh there’s gonna be naked people,” said local artist Nina Gann. “And then it’s like ‘wait there are no naked people in here, this is just Harry Potter.’”

Gann graduated from the University of Central Missouri in Warrensburg in December 2015 with a Bachelor of Fine Arts degree in studio painting. Since graduating, she’s worked on commissioned paintings and drawings people bought as Christmas gifts, until the idea to make an actual adult coloring book came about.

She decided on using a crowd-funder to publish her book because of her interaction with people over the Internet. After some research, Gann said she found the only real obstacle for the book was money.

“My first thought was, ‘no, this isn’t really a crowd-funder thing,’ that’s more for when something bad happens because that’s just kind of my experience with crowd-funders until now,’” she said.

CMN last caught up with Gann in August 2014 following an accident that led to her temporarily losing sight in her right eye. Her first experience with crowd-funders comes from a successful Indiegogo campaign for required surgeries to get to the point where she could see again.

With the new campaign, Gann has raised more than 30 percent of her goal in just four days. She said she was surprised with how many people have donated, with the majority being complete strangers.

“It makes me feel really good about it,” she said. “It’s cool. It puts a whole different side of the crowd-funding concept. You get all these people that want your thing, and it’s not like I’m asking them to pay something extra, unless they want to. They’re pretty much just able to preorder the book this way.”

So far, Gann has completed 22 pages of the book with another 12 or 15 in progress with the final goal being 40 double-sided pages. Now that the coloring book has become a realistic goal for Gann, she treats it as a full-time, eight-hour-a-day job.

“One day I realized I had been sitting in this room, I had pretty much just gotten up to use the bathroom and get water for 12 hours,” she said. “My eyes were crossed and my right eye was gone, I had such a migraine.”

Gann said she started getting ideas by simply scanning the Internet, but finding ideas has gotten easier since the launch of the campaign. People have been grabbing the $150 perk, aptly called “Your Naked Bits in the Book,” which means backers can send Gann nude photos of themselves that she turns into art for the book.

“I got some of my friends (to model),” she said. “But that’s really fun because then they get to have a say in it. They can be like, ‘I want to be scholarly’ and then I get to make them into this wilderness weird scholar. … I put a lot of myself into these, obviously, they all mean a lot to me. I definitely think as they get more personal they’re getting cooler.”

While there is a huge difference between the finished product of her commissioned paintings versus what ends up in the coloring book, Gann said she starts the projects off the same. She begins by drawing the figure in pencil, and then goes over the drawing with Sharpie, erasing the pencil lines.

“It’s kind of this cool thing when that happens because you see it go from being this realistic drawing to becoming the cartoonish coloring book thing,” she said.

Once she completes the figures, Gann said she moves on to the hair and then the background of the piece. She uses everything from books of fabric design to furniture in her house until she finds a design she likes to complete each page. 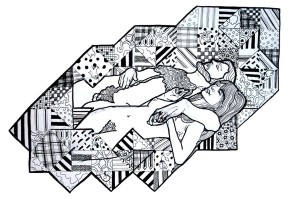 (Photo submitted) Each design is completely original and hand-drawn by Gann.

While some people may find Gann’s idea a bit off-putting, she said she put a lot of work into ensuring the book isn’t overly explicit.

“I put a lot of thought into it,” she said. “I’ve tried to make it in a way so that people who are really comfortable with nudity might find it kind of prudish but cute and people who weren’t comfortable with nudity would still be comfortable coloring it in but might blush a little sometimes. The stylization of it makes it more comfortable for some people as opposed to being hyper-realistic. I’ve tried to also give the faces on everyone kind of a calmer or happier sentiment so that it feels comfortable for people and inviting instead of being overly sexual or aggressive.

“It’s definitely ‘R’ in parts. For me, what I was trying to put across with the book was more just that these images, which could be considered pornographic, don’t have to be. The whole world gets naked and has parts and touch each other. And that it’s OK and it can be silly and it can be fun and it can be beautiful and it can be calm, it can be whatever. It doesn’t only have to be the emotions that you’re used to seeing and response to these images of being a little more aggressive and sexual. It can be sexual, but also be pretty.

“We all literally exist because two people have sex.”

Gann has publishing plans for the coloring book if she reaches her funding goal. There are two options: being picked up by a major publisher or independently publishing the book for her backers and distributing any extra copies to local stores. 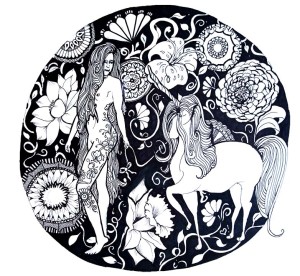 (Photo submitted) A hand-drawn piece Gann will be using in the coloring book.

For future projects, Gann said she hopes “A VERY Adult Coloring Book” is her launching point. She has plans for more coloring books, but she said she isn’t opposed to creating the type where “adult” refers to the coloring skill level and not content.

“I could do both. I like the adult style, I think it’s fun,” she said. “If I can keep that going there are so many ways it can go. And the feedback I get from people is all pretty excited about the adult books. But I would be totally willing to do other stuff too; it’s not like I have to have nudity in my book. It does separate them and give them something, but I think also hopefully the fact that I put my own personal style into it separates them too.”

Gann will be participating in the First Fridays art festival at the Crossroads in Kansas City this Friday, Feb. 5, from 4 to 7 p.m. She’ll be outside of Lidia’s and Grunauer located at 101 W. 22nd St. Kansas City, Mo. 64108.

For more information on the campaign, check out her Indiegogo here. View her website here.