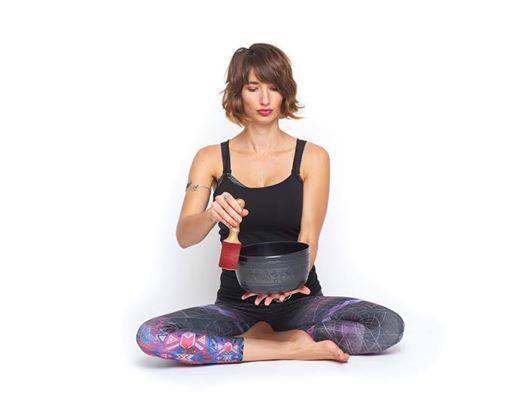 Molly Gene is a traveling woman. Through touring, the One Whoaman Band has taken her music up and down the coasts and overseas, with several European excursions under her belt, but her journeys aren’t limited to traveling from gig to gig. She’s also been on a journey of mind and spirit, which included a recent sabbatical to the Florida Keys where she became a certified yoga instructor. The courses Gene took to become certified included a written and physical component.

She is bringing her yoga teachings to Warrensburg, Mo. by leading a yoga workshop Tuesday at Tranquility Shop. This is the only workshop she has scheduled, but she said she would like to do more in the future.

“I think Warrensburg needs and wants something a little different than just a class to get in shape physically,” Gene said

The grind of the touring life is one factor that led to her involvement with yoga.

“Yoga has been an increasing part of my life for the past six years,” Gene said. “Being a traveling musician, the road takes a toll on the body – living in a van, loading gear in and out of clubs every night, partying like a rock star. I was run down and tired of the way I was treating myself. Ready for a change not only in my physical body but mental and spiritual as well, I kept turning to yoga.”

Although Gene speaks about a spiritual element connected to doing yoga, she does not preach any specific religious dogma to her students.

“Yoga has several different levels to it. It’s really your choice on how far you want to take it. I would never pressure anyone in my class to believe any certain way or worship any particular God,” Gene said. “It’s really important for me to offer a safe space for people to feel comfortable with their own selves, spiritually, physically and mentally.”

Gene commented that many American yoga classes focus only on the physical aspect of yoga.

She said she believes the benefits of yoga are invaluable and include not only physical but also spiritual and emotional benefits.

“I used to suffer from anxiety and depression. This caused me to have panic attacks. After a death in my family, I started drinking large amounts of alcohol at a very young age,” Gene said. “The more I started practicing yoga, the better I felt. I was able to control and change my negative patterns of thinking, which led to positive changes in my actions. Through my practices of breath regulation, I haven’t had a panic attack in over two years. I find more moments of joy and gratitude. I am overall just a happier person.”