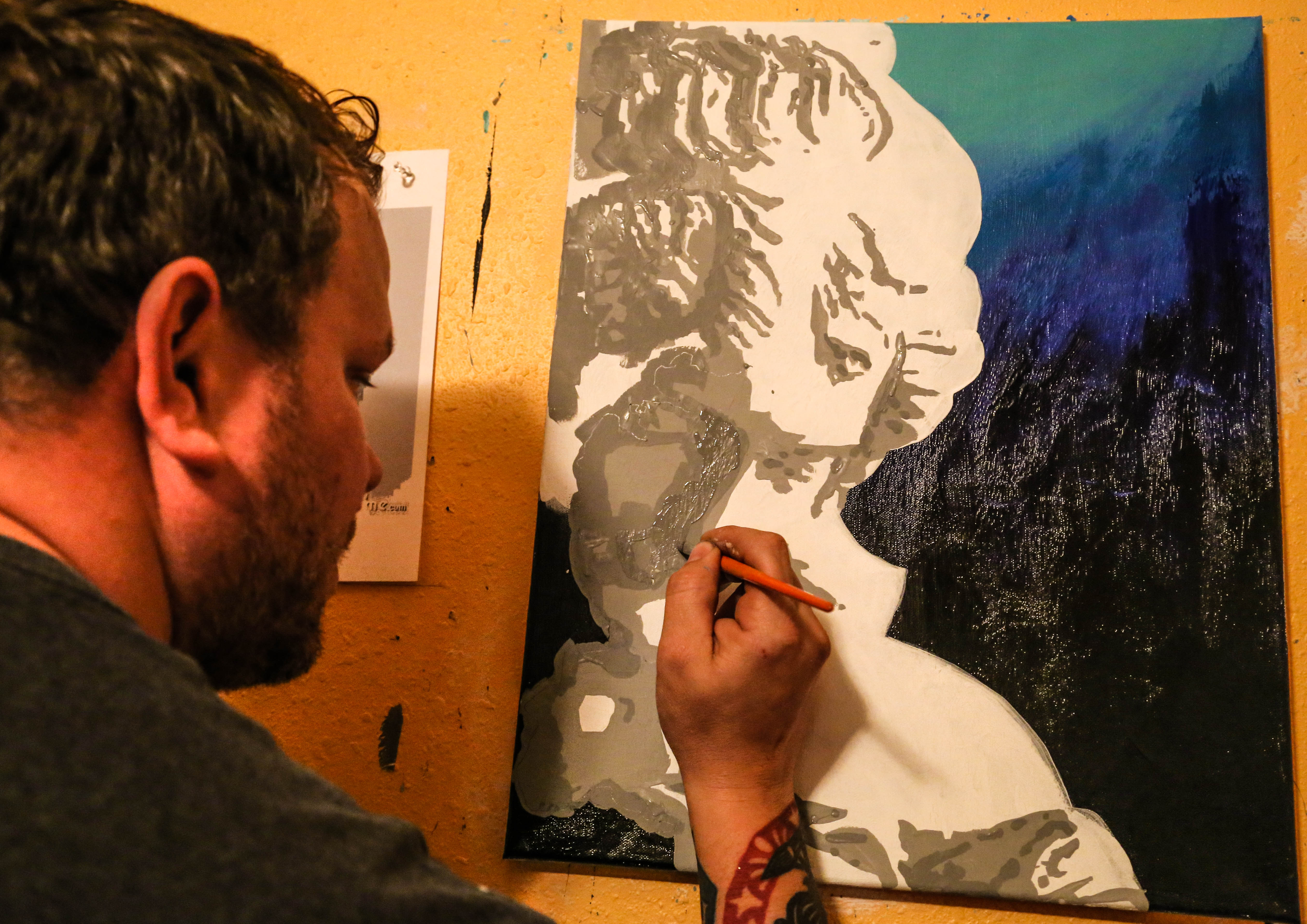 Sedalia painter Dustin Schmidt has a collaborative show tonight with local tattoo artist Todd Kreisel, featuring acrylic on canvas pieces the two have worked on together as well as individual pieces.

Schmidt got his start as a hobby painter, although over the last three years he has sold or donated nearly 200 pieces. He described his style as a graphic photo-realism similar to the works of Andy Warhol and Shepard Fairey.

“I think early in life I enjoyed the works of Andy Warhol and studied his technique,” Schmidt said. “With graphic art-related classes, commercial art classes, I learned exactly what he was doing. Once I learned the silk screening technique and everything I was able to look at his work and pick apart how he had done it, and it was easier. I could do what he had done at that point.”

Outside of displaying his art in local shows, Schmidt does an extensive amount of commissioned work where patrons send him photos of families, children, dogs and the like. When that begins to “feel like work,” Schmidt said he takes a break and focuses on images he would like to see painted and really express himself as an artist.

Schmidt has organized local collaborative shows before. When it comes to working with other artists for those shows, there’s a lot of work put in to bring the finished pieces together.

“Instead of me just painting, let’s say Marilyn Monroe… I get handed a painting that’s already started by somebody else, they’ve already began an idea,” Schmidt explained. “So then I have to sort out what I want, what I think that painting needs, what maybe their original idea was, and try to wrap it all together and create a final piece out of that. Sometimes it turns out better than others,” he said with a laugh. 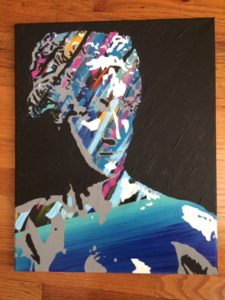 When it comes to his personal works, Schmidt paints a myriad of pop culture icons. From Storm Troopers and Han Solo to Bruce Lee and Babe Ruth, Schmidt has captured many legendary characters in his unique style. But as he has gained experience, he has learned some valuable lessons from his patrons.

“As I’ve learned through the years, I can’t specifically just paint the stuff that I like,” he said. “I’ve learned from feedback from customers or just patrons of art shows, galleries where my work has been displayed, and I’ve grown, and changed, evolved from the feedback. Like, sure this is a great painting of Babe Ruth but how about doing this differently.

“So I could certainly express what I wanted to selfishly, or I could think about the crowd, the audience, what do they want to see combined with what do I want to do? And I try to mold those together and try to create a body of work that’s pleasing to both me and the audience.” 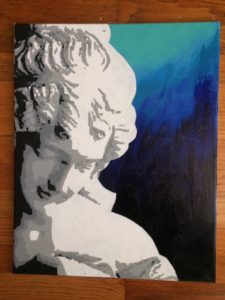 When it comes to collaborative shows, this one is special to Schmidt because of the relationship he has with Kreisel. The two have been friends for 25 years since they had an art class together in high school and Schmidt looked up to Kreisel because he was an upperclassman.

“I always looked up to him, I always admired him,” Schmidt said. “His style, it seemed like since he was older he was a better artist than I was. He knew more about painting and drawing so I always looked up to him. And we’ve been friends since then.”
Schmidt puts together an art show nearly every month, and will continue that trend into 2017 with shows in the works for February and March. He sees it as an outlet that reflects directly on the local community.

“The more art publicly displayed like murals and everything, can give a community a friendly feeling,” he said. “It can cause people to want to come there or businesses to want to come there. Of course the business equals commerce and customers. So art can influence community for sure. So, the more of these art shows that we have, so I’m not going to take credit for this, it’s we. I think it softens it, it makes it more accessible to the community. People may think that they don’t want to go to the museum because they’re not art museum-type people. But, they can come to one of these because their niece is showing a piece of art there, or Timmy the neighbor has got a piece there. So this makes it a little more friendly and approachable.”

Listen to the interview with Schmidt in its entirety below: