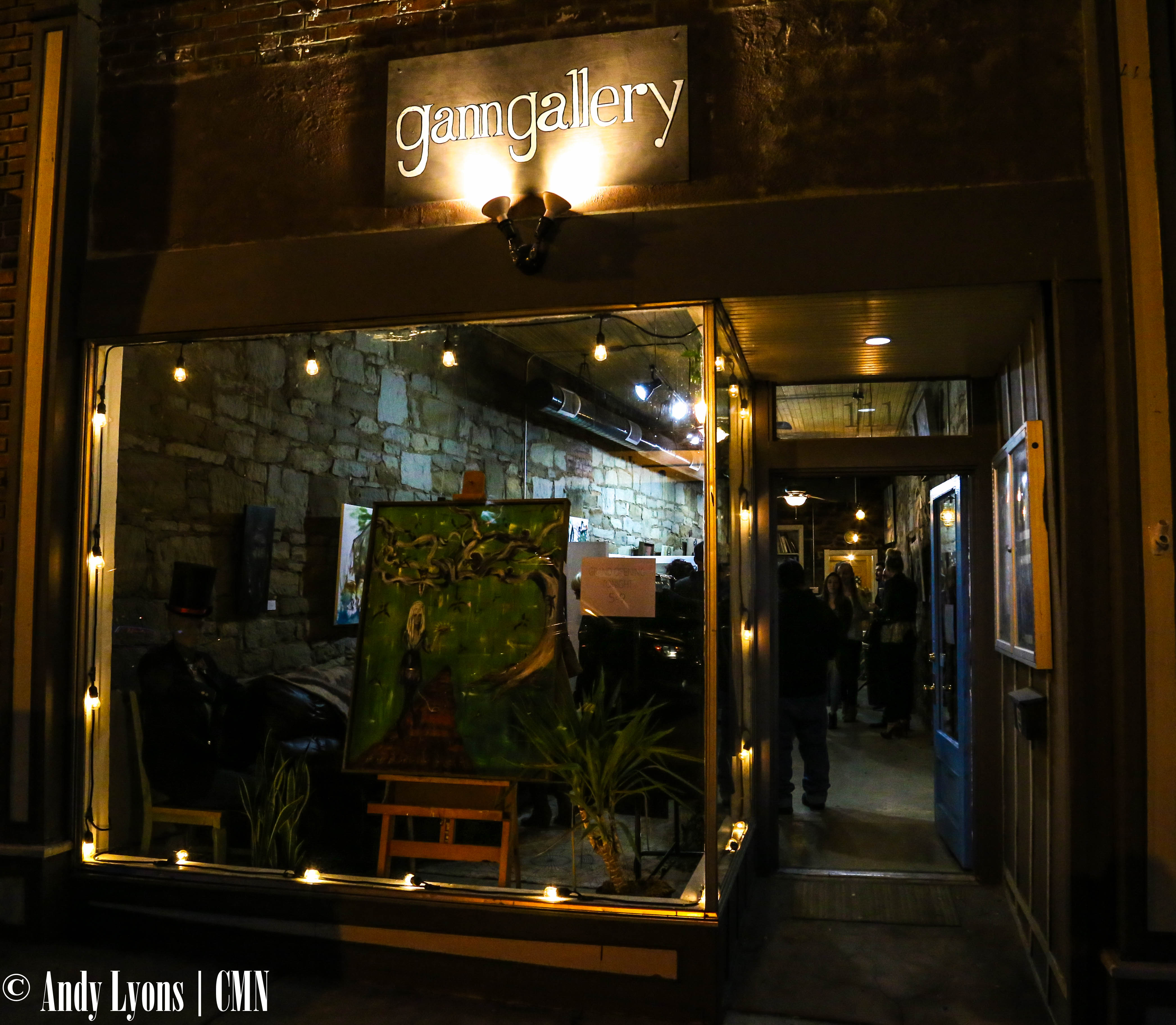 For one new business in Warrensburg, Mo., it’s opening was more of an accident. The Gann Gallery, located at 111 N. Holden St., opened when owner Nina Gann found the space while looking for a new studio.

“I really was just looking for a space to paint, and ended up finding a space that was large enough to put a gallery in,” she said. “It kind of fluidly came together, it wasn’t really like a mission that I went on to find a gallery, it was more of an accident.” 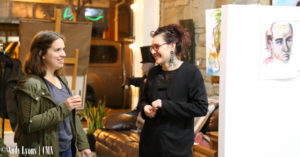 The opening night of the gallery, which featured a live DJ and beer provided by DrunkGai Brew Co., was Friday, Jan. 20 and had plenty of foot traffic. Located near Pine Street, the building has a rich history much like many of the older buildings that make up downtown Warrensburg. While it was home to Warrensburg Main Street offices prior to Gann moving her gallery, the building’s walls give testament to its age.

“Apparently the building was an alley, which is super cool,” Gann said. “It was an alley that someone put a roof on top of, and was like ‘this is a store now.’ But the walls have tons of history in them, you can find stuff if you dig around in the walls there’s openings where you can find stuff, there’s random wrought iron sticking out and pieces of wood. I’m sure there’s tons of stories.” 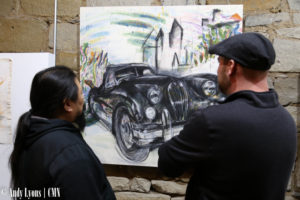 For the gallery’s first month, Gann is featuring her own art, which includes pieces she’s done over the past 10 years. However, Gann said featuring other artists is more exciting to her.

“I’ve tried to keep it so that every month is a different type of art, different mediums, different genres, different communications that the artists are trying to make,” she told CMN. “I just feel like any time you bring art to a community you’re improving it in some way and the more versatile you can make it the better it is, even on top of that.”

The gallery features many original works, but Gann said offering prints is a way to bring more pieces of art to more people.

“People that still want to buy art. I love prints, because it gives people the ability to spend five to twenty dollars for something that they can take home and frame and still have a piece of art” she said. “Everyone I have booked for the next year I’ve encouraged to bring prints, because they’re just kind of a nice, easier sell and you’re still giving people something they can put up in their home that’s not from Hobby Lobby or something.” 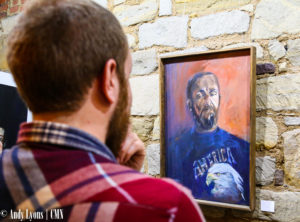 Gann’s original pieces feature a wide variety of mediums. Charcoal, oil, and acrylic works on canvas are displayed throughout the front of the shop, as well as original drawings from her VERY Adult Coloring Book, which was released last year.

“I love charcoal and oil. I like acrylic for small paintings because it gives me that speed but I love the richness of oil and kind of the longevity of it. And charcoal, I just like it because it’s dark and messy. So I like to mix that kind of dark, messiness of the charcoal with that very lasting, rich oil paint and you kind of get this cool dichotomy when you put both of those on a canvas that I just really like.” 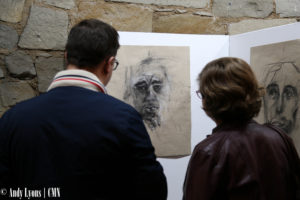 Patrons view “I was at the mall again.”

Coupled with opening the gallery, Gann also plans to continue her passion by bringing painting to others. She has a couples painting class planned for 6 p.m. Feb. 10 at The Willow Tree, 146 W Pine St., and also gives individual art classes at the gallery.

The Gann Gallery hours are from 2 to 6 p.m. Tuesday, Wednesday and Thursday or by appointment. For more information, follow Gann on Facebook here.

Listen to the interview with Gann in its entirety below: