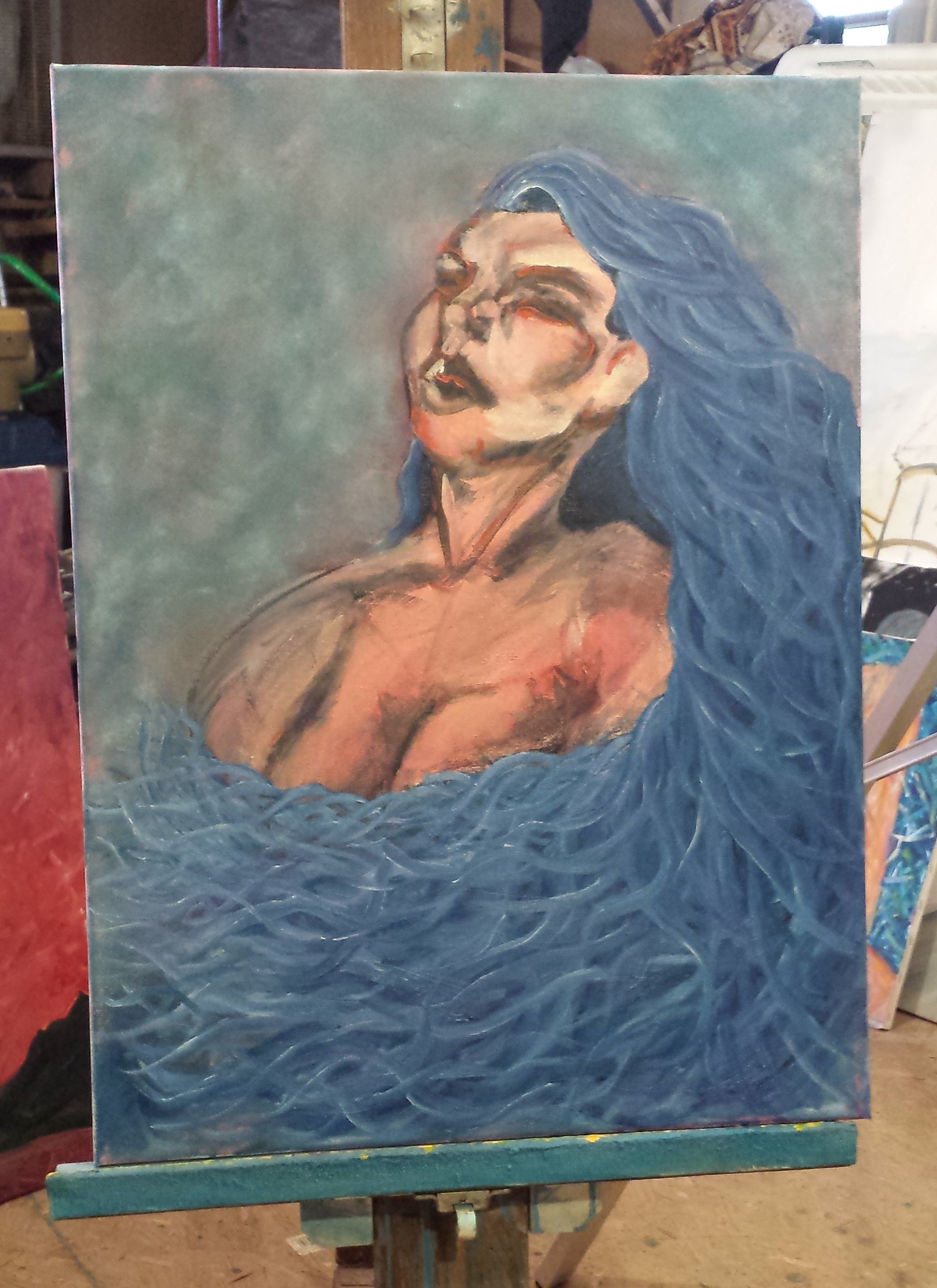 There are multiple ways for painters to challenge themselves. For local artists in Sedalia, Mo., they have found a way in collaborating for a pop-up art show this Saturday at Fitter’s 5th Street Pub.

The show includes pieces by Dustin M. Schmidt, Felicia Brainard, Lucas Richardson and Phillip C. Tindell. Each artist starts three paintings and paints them about halfway and then swaps with the other three artists who finish the pieces, combining styles and subject matter. 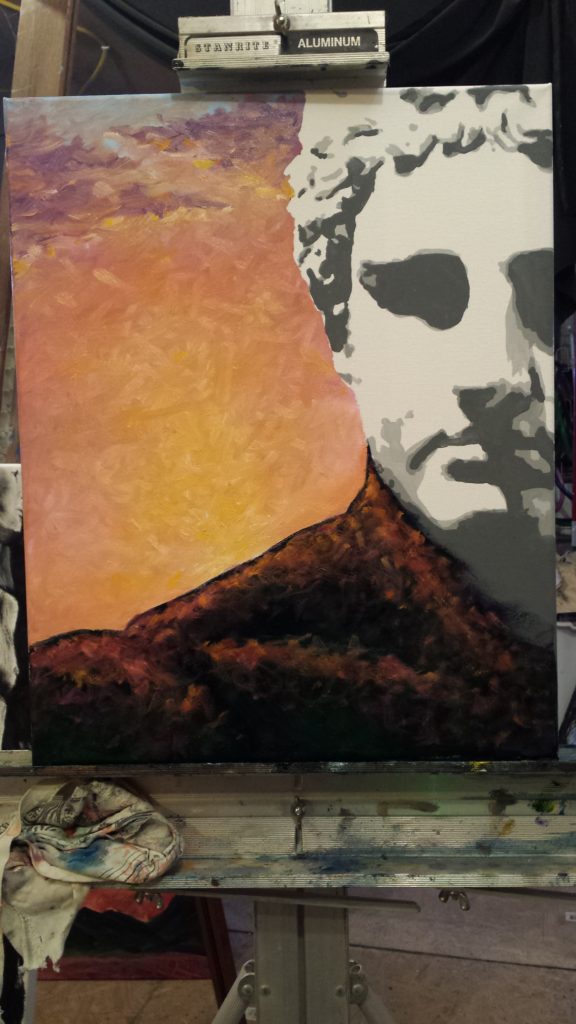 (Photo submitted) One of the pieces to be displayed at the March Collaborative Pop-Up show.

Richardson said it is his first collaboration piece but he has plans to do more in the future. He said he’s been painting on and off for several years but is now getting more serious about it on a larger scale. When it comes to the collaborations, he offered some insight into how he worked on the pieces.

“The method I used for the collaboration was to mostly just sit and stare at the pieces and work through multiple ideas in my head over and over,” he said. “Booze helps!”

Tindell elaborated on how the process differs from beginning a piece to finishing it.

“Starting a piece is pretty easy, I pick out a color scheme and go at it usually resulting in a minimal design, something ‘easy’ for the other artist to work off of,” he said. “Finishing is a bit more difficult for the most part. I know what to expect from Dustin so in my mind I always have an idea how to work his pieces. As far as another artist’s work goes, I usually hang the paintings and stare at them until the muse strikes and go from there!”

“I would say the biggest challenge yet is finishing a piece from someone else when your styles don’t really go together,” Tindell said of the collaborations. “It can be frustrating figuring out what to do or how to work it, but it forces you to work differently than you usually would and adapt.”