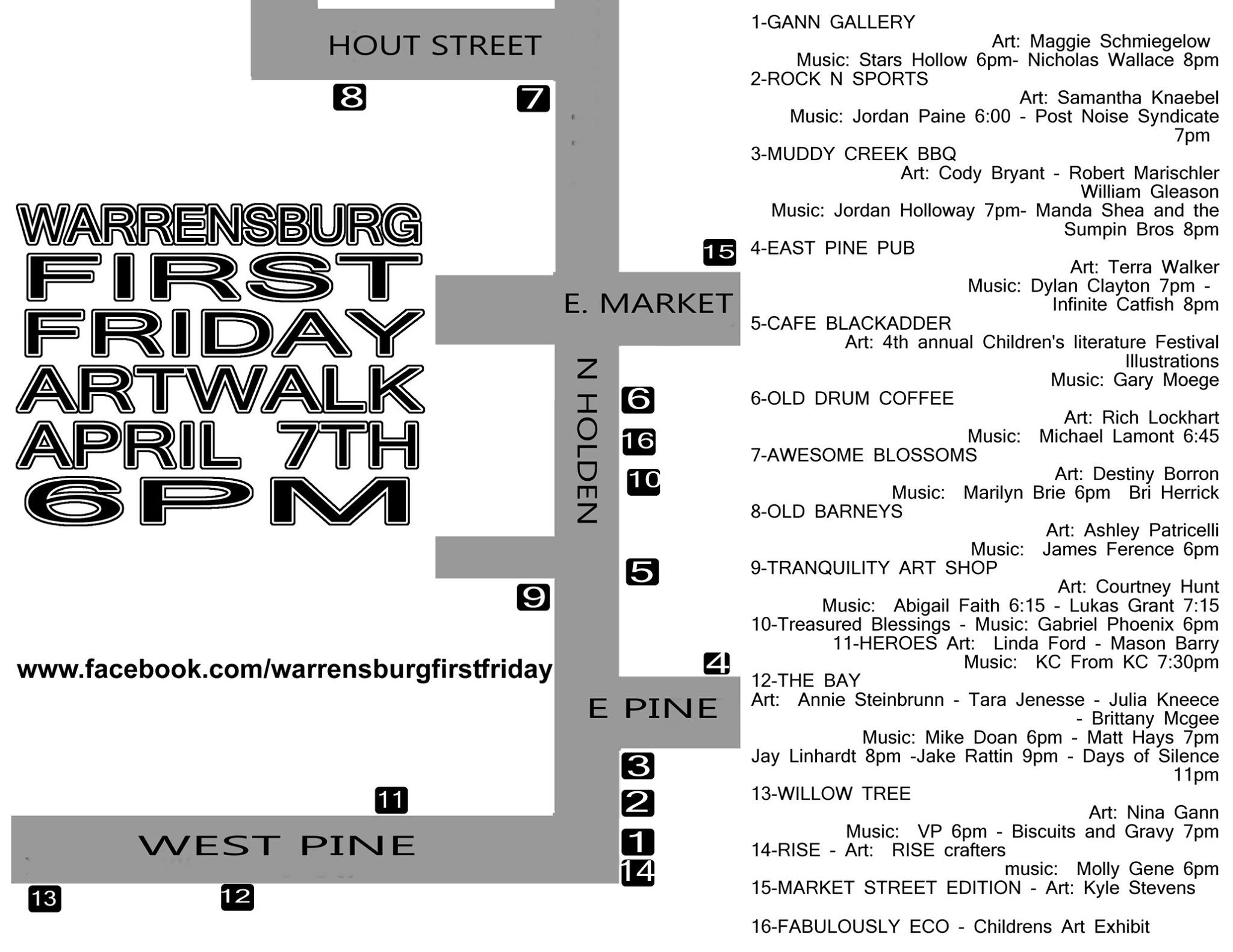 Local artists in Warrensburg, Mo. are coming together after a meeting earlier this month to setup the Warrensburg Arts Collective. Jay Linhardt, production manager at The Bay, invited painters, sculptors, musicians and business owners to the Burg’s live music venue in an effort to come together.

Not only did the WAC come out of the meeting, but also a plan for First Fridays events and an art walk planned for April 7 that will include 14 venues downtown, including bars, restaurants, and shops, which will all feature art exhibits and live musicians.

Linhardt saw the need to come together because of an uptick in business downtown and a lack of solidarity from the local artists.

“The downtown is bursting with activity,” Linhardt told CMN this week. “Now many of us live and work downtown. It is time to have First Fridays, we need an arts center downtown, and the local arts community is completely displaced from the art and music departments on campus. I just saw a need for a network, everyone is ready they just needed someone to spearhead the whole deal.”

WAC has nearly 100 members in a Facebook group and works directly with Warrensburg Main Street Inc., the Warrensburg Arts Commission, and the University of Central Missouri’s LEAD diversity group. Linhardt said he sees the list growing over the next few weeks.

There are plans to make WAC a legitimate nonprofit as well as find a space downtown where the group can host all-ages concerts, art installations, craft booths and more. When it came to displaying the artists’ talents, Linhardt said it was motivated by the area.

“Our downtown deserves it,” he said. “Our businesses and homes downtown are filled. Now is the time to do all we can to help the community to recognize that we have a thriving culture downtown, and a First Fridays art walk is a great way to bring everyone together to celebrate that fact.”

Linhardt said patrons visiting downtown can expect lots of art and music downtown between the 14 venues.

“It’s a great opportunity to meet the faces of this community and create awareness of the societal and cultural needs of Warrensburg,” he said.

Linhardt said this is just the beginning for WAC, with plans to stay heavily involved in events throughout the year.

“We have a lot of plans taking shape,” he said. “The physical art space is a completely reachable goal, and we plan to be working with Main Street Inc. to help supplement the summer concert series. There are a lot of people creating cultural opportunities here in Warrensburg, and I think the arts collective will bring all of these elements under one roof and strengthen everyone’s efforts.”

Linhardt also said plans are already in the works to expand the art walk to 20 venues by the second month and that he has had complete support from city officials and business owners downtown.

He encourages anyone interested to attend the next WAC meeting at 7 p.m. April 12 at The Bay.

“Our first goal is to connect every artist and musician in the Warrensburg area,” he said. “It’s obvious to me once that happens we can get a lot of balls rolling and do a lot of good for our hometown.” 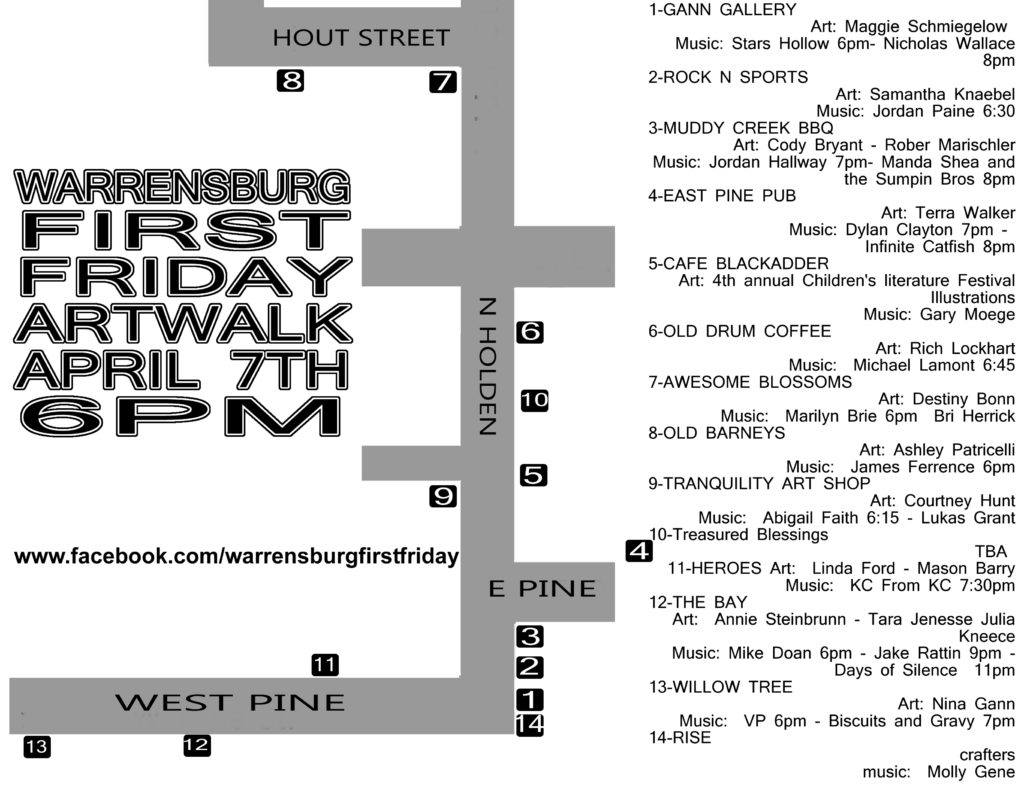 A map of venues and the artists they are hosting during the WAC First Fridays Art Walk April 7.