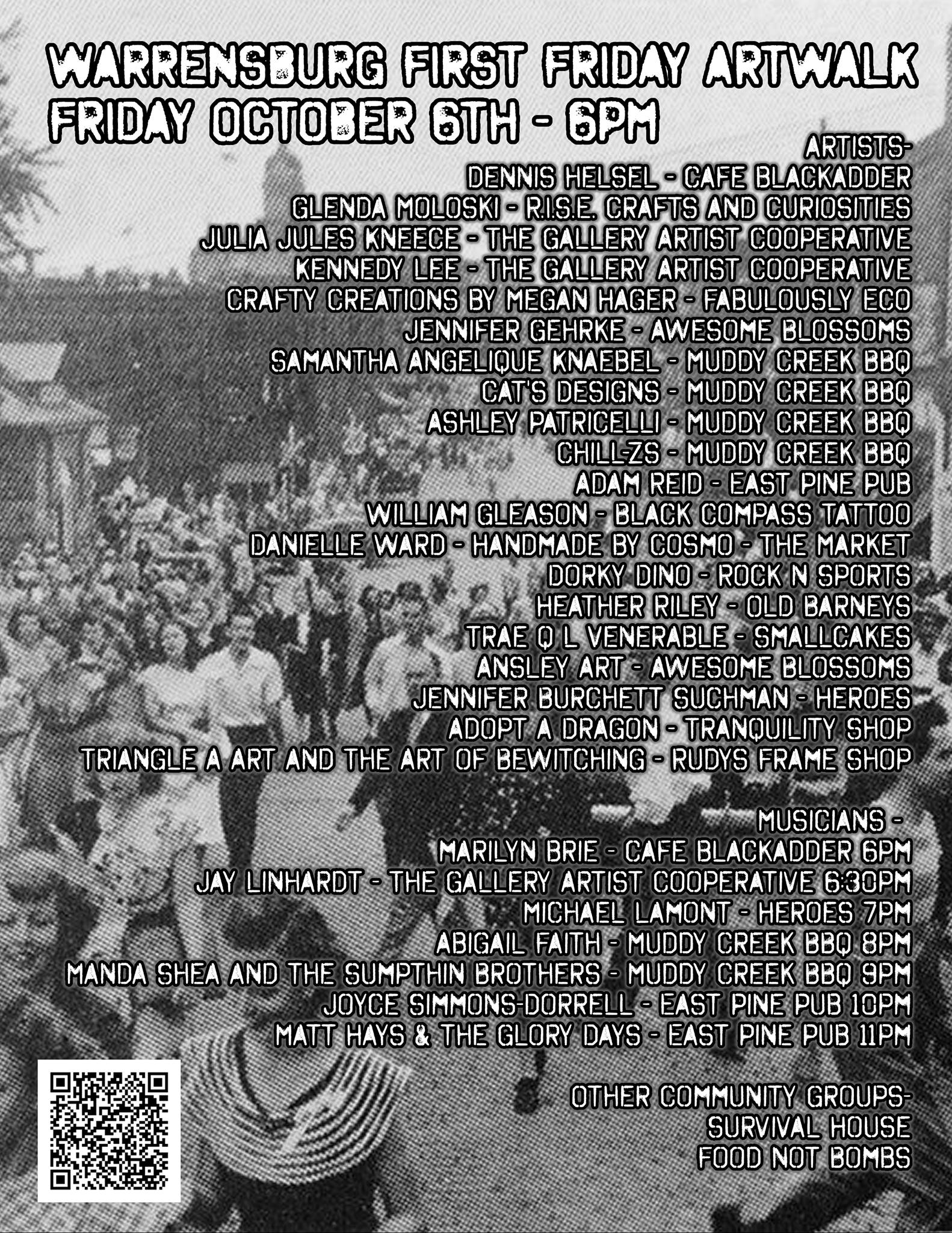 The Warrensburg First Fridays Art Walk returns this weekend with more than 50 local artist and musician participants at 16 venues across downtown.

Fall tends to bring many people downtown with events such as Burgfest, Concerts in the Courthouse, and more, and organizer Jay Linhardt said the trend of getting people to outdoor events downtown has helped turnout.

“We had so much great weather this year many of the artists have been setting up in the street,” he said. “We’ve definitely been trying to get the word out during the other traditional downtown events.”

Although Warrensuburg’s student population is back in town, Linhardt said he hadn’t noticed much of change as far as foot traffic during the events, and that he doesn’t really see October’s Art Walk being any different. The population fluxes with students coming and going, with the University of Central Missouri notorious for being a “back pack college,” because the student population returns to home towns or travels elsewhere during the weekends.

“I personally don’t see much of an effect on things from students, and that is something everyone is trying to change,” Linhardt said. “Our downtown events are mostly attended by full-time residents, we’d love to see more students come take part.”

This month’s Art Walk contains many returning performers, but that may not be a bad thing. Artists bring new works each month and performers improve their performance as they get into their comfort zone.

“We’ve got Manda Shea & the Sumpthin Bros. coming back this month and they are just getting better and better every time I see them,” Linhardt said.
With fall fast approaching, organizer Jay Linhardt said he plans to continue the Art Walks year round despite the weather.

The path of the Art Walk makes a “U” shape from Old Barney’s on Hout Street near the courthouse, south on North Holden Street, and then west on West Pine Street at Rudy’s Frame Shop. Maps are available at many of the venues along the route.

The event kicks off at 6 p.m. Friday, Oct. 6 in downtown Warrensburg.

For more information, or for those who want to participate as an artist or volunteer, email the Warrensburg Arts Collective at warrensburgartscollective@gmail.com. For media inquiries, email Jay Linhardt at jayrocksthebay@gmail.com.