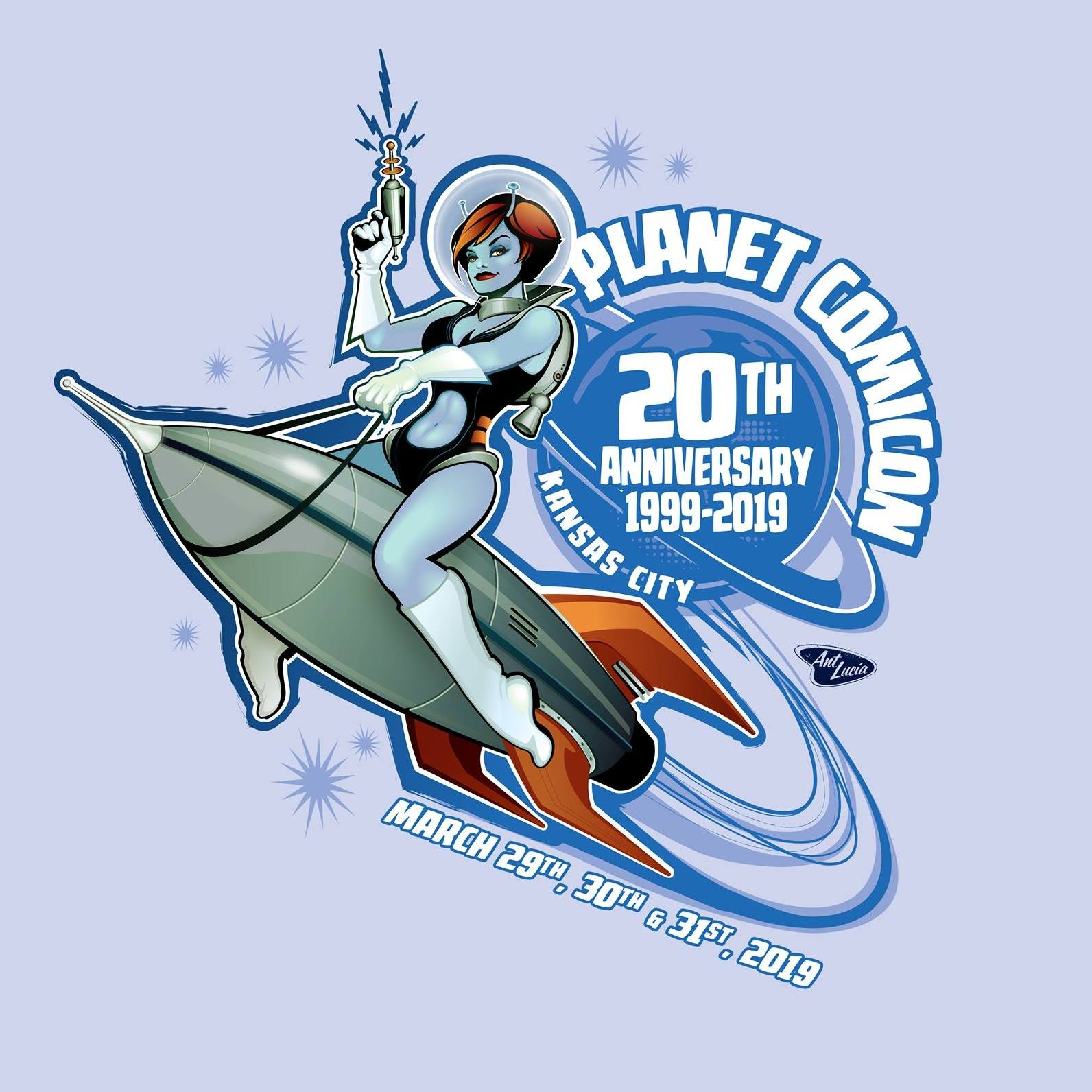 While plotting the 20th anniversary celebration, the organizers of Kansas City’s Planet Comicon tapped a rising star in comics for a memorable image that would be used on promotional material and memorabilia. Ant Lucia, the creative mind behind DC Comics’ legendary Bombshells statues and subsequent comic series, created a pin-up style logo seen thousands of times around Bartle Hall last weekend.

Lucia said it was his connection to PCC organizer Chris Jackson that led to him being picked as the artist behind the logo.

“Chris Jackson, who puts on this show, I’ve known him for almost 15 years, (as long as) I’ve been doing the show here,” Lucia said. “So when he emailed me about doing the show I was super excited, and he mentioned if I had any time to do the logo for this year’s, the 20th anniversary. I told him I’d be honored because it’s been a big part of my coming up in the comic book world. This is one of the first shows that I ever did as a young artist and anything I could do to be involved in the show I was more than excited.”

Lucia explained he enjoys attending conventions like Planet Comicon because it connects him to fans – from dozens of Bombshells cosplayers who pick up on the minute details of the statues to people who visit year after year and pick up something new for their collections.

“And I love seeing people I haven’t seen in a year, it’s like seeing old friends,” he said.

Lucia’s workload continues with DC’s statues, having recently announced a Death Bombshell statue, Supergirl and Batgirl deluxe statue designed by artist Jack Mathews, and Big Barda. He teased there are more planned, but nothing he could talk about. He also teased about bringing his unique style of pin-ups to a new line of characters.

“Maybe some Marvel pieces coming out soon,” he said. “I’ve been talking to their licensing department so we might be doing some poster artwork for them.”