LATEST NEWS
05:25 AM
Home Entertainment Comics ‘Dark Nights: Metal’ panel gives fans a glimpse into the minds behind the madness 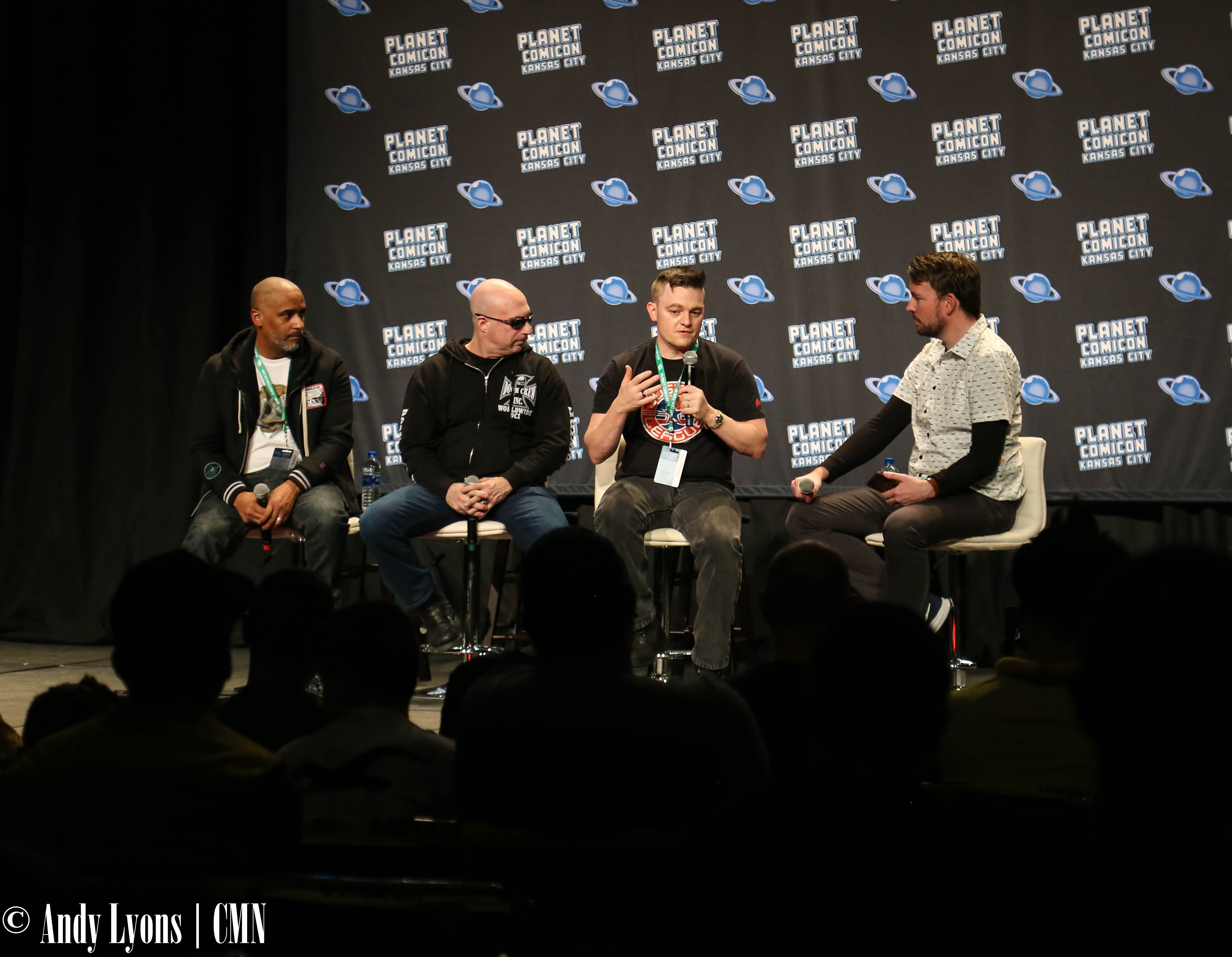 ‘Dark Nights: Metal’ panel gives fans a glimpse into the minds behind the madness

The last issue for DC’s “Dark Nights: Metal” will release in late March, and if you haven’t been reading the series you are missing out on one of the most insanely fun and chaotic comic series there is to offer. The core story revolves around Batman investigating the dark multiverse where he eventually releases seven evil versions of himself who are set on destroying Earth. These versions of Batman are almost like “what-ifs” where Bruce Wayne takes on another role like Green Lantern, Flash, and the fan favorite, Joker. At Planet Comicon last weekend, we got to sit in on a panel where the team who created this exciting series gave insight into what it was like to work on it and where the inspiration came from to make such a dark and uniquely fun story.

Writer Scott Snyder, and artists Greg Capullo and Jonathan Glapion comprise the creative minds behind the main story. All three show tremendous amounts of trust and respect for one another and they attribute those qualities as a reason why the series has turned out so well.

“The thing about this team is you’ve gotta have trust to make really outstanding comics,” Capullo said. “One thing some comic creators try to do is run the whole show, and that usually starts with the writer who thinks they can do everything. Those are never the best comics because everybody has a different skill set, so when you work together you want to make full utilization of that.

“You want to work with people you can trust who can bring it, so when Scott does his part, which is always stellar, he just gets out of my way and lets me do my thing and if I come to him with something different, he rolls with it,” he continued. “Same goes when I pass it down the line because the thing about inking is that it isn’t just tracing over lines, which isn’t true. I chose who I work with, so when I work with them I know that I can trust them and just get out of their way and let them do what they do.” 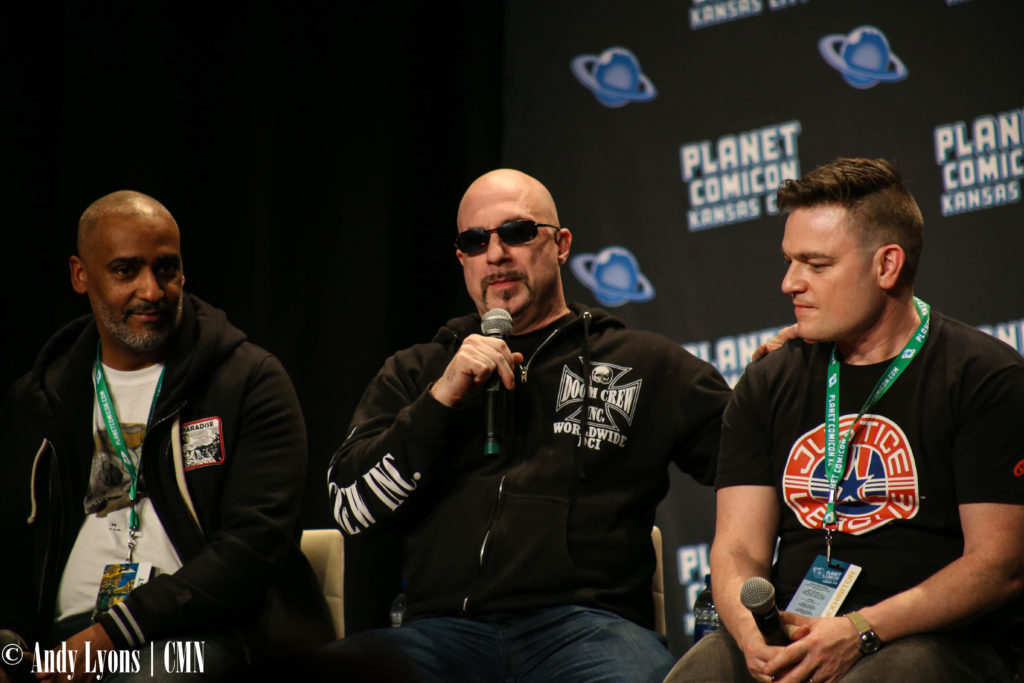 The trust they put in one another definitely shows as this series has quickly become a fan favorite. Glapion talked about what it was like to receive Capullo’s work by saying, “For me, Greg was my favorite artist and I never thought I would have a chance to work with him. Doing what I’m doing now and working with him really is an honor to learn from him. I’m not here to dominate his work. I’m the last line, so if I wanna make him look a certain way I guess I could do that and then look for another job,” he said, laughing. “And although there is some work that is harder than others, Greg suffers before I do, so I can’t complain to him and we end up bitching about Scott.”

Throughout the entire panel it was apparent they enjoyed one another’s company, and took jabs at one another, but it was all in good fun. This jabbing at one another helped keep the team together while they tackled what seems to be a truly unique and dark story.

When asked about the inspiration behind the story Snyder replied with, “It’s about those moments in my life when I was a kid where you venture out of your comfort zone, as Batman does in the story by exploring a mystery that’s outside of his jurisdiction, and suddenly you find yourself in a place where all you see is doom and the worst versions of yourself. You see that you think that you’re a failure and that everything you’ve done in your life leads to nothing and you find yourself in a very black place where all of your worst fears have become material and feel true.

“The way you get through that is by talking to friends and finding people that you can trust, but the other way you can tell that your back from that dark place is to say ‘You know what, I’m going to reach farther next time and go for a more ridiculous, lunatic goal that I didn’t think that I could reach,’” Snyder continued. “For me, the lunacy of comics were speaking to things that I needed in my life. I felt like I was escaping the things that were upsetting me, but at the same time they were speaking to those sort of things, but I just didn’t realize it.”

Snyder went on to talk about how this idea of lunacy was translated for the series. “All of this complete ridiculousness, to me, felt right because it was about celebrating the ludicrousness of comic book storytelling where you say ‘This stuff is so silly, right?’ but we all love it, and we love it because it keeps us reaching farther than we thought we would be able to even dream.”

The reasoning behind the story was one that may take many by surprise, because it seems to come out of nowhere yet is firmly rooted in everyone’s identity. This is what helps make it a relatable story, and thanks to the fantastic art of Capullo and Glapion, the series is truly one of the best any publisher has to offer, and according to all three creators, we are in for a truly awesome surprise when the final issue releases in March.