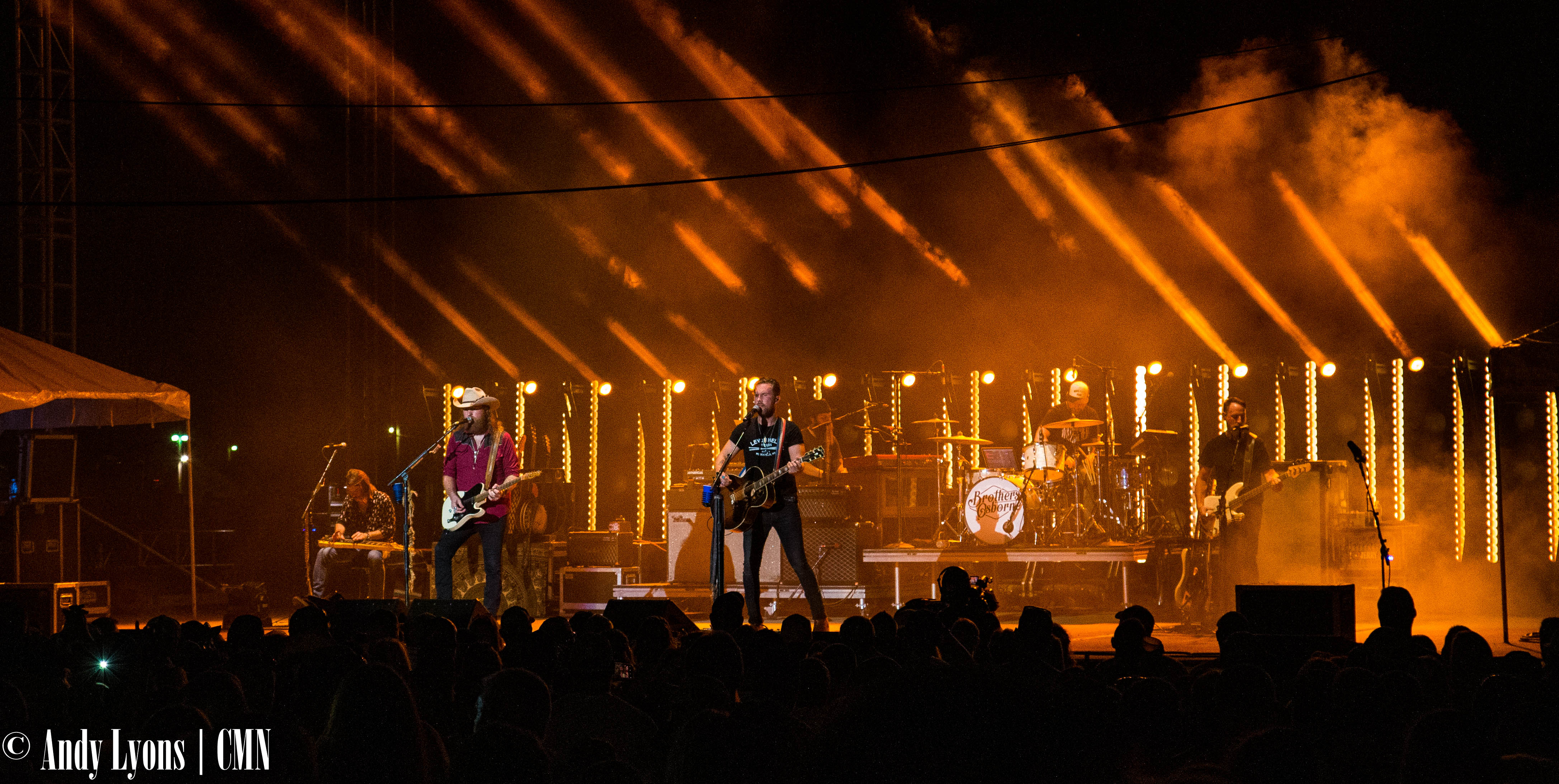 The Missouri State Fair closed out the 2019 concert series with a show for the ages. Rising stars Brothers Osborne and Ashley McBryde combined for a show that was the perfect cap to the week’s concerts. With a temperature in the low 80s and a cool breeze, the beer flowed and fans were on their feet for one of the best country shows at the Fair in recent memory.

Brothers Osborne’s music melds classic country with southern rock with a dash of blues, appealing to a wide range of fans. TJ Osborne’s thick baritone voice is reminiscent of Johnny Cash and coupled with his older brother John’s blistering guitar work, the duo had fans screaming throughout the night.

About midway through their set, drummer Adam Box played the intro to “Burning Man.” The song, originally recorded as a Dierks Bentley song featuring Brothers Osborne, has helped catapult the duo with continuous radio play over the last year. Saturday night fans were clapping to the beat as the group absolutely crushed their own live version.

The tone shifted after that as the duo went to a stripped down acoustic version of songs “Tequila Again” and “21 Summer,” with fans lending a hand with vocals on both tracks. They picked things right back up with a cover of Steve Earle’s “Copperhead Road” that had fans line dancing in the aisles of the track as well as the concrete aisles in the grandstands.

Brothers Osborne finished their set with “It Ain’t My Fault,” ending the song with a jam session full of solos from keyboardist Billy Justineau and some impressive work on the axe from John Osborne. The group could have left the night at that, but as a nearly full moon rose over the Pepsi Grandstand fans started the distinctive cheer often heard during the Tomahawk Chop at Kansas City Chiefs game. Moments later, Brothers Osborne put the icing on the cake with a very special encore.

Ashley McBryde joined the duo on stage for “Loving Me Back,” a track TJ said they don’t play live very often anymore. The crowd again joined on the vocals as people slow danced in the aisles. Brothers Osborne picked up the pace to close the show – a rocking cover of the Brooks & Dunn track “Hard Workin’ Man.”

McBryde kicked off the show with a good mix of southern rock and classic country. Her set started fast, then slowed down as she put her roots on display and then went full bore into the last couple of songs. Her backing band definitely helped keep the energy up throughout, with her bass player and two guitarists all coming to stage front for solos. McBryde’s combination of playing guitar and her singing chops make her an up-and-coming country artist to watch and a treat for fans at the Missouri State Fair.

Having both Brothers Osborne and Ashley McBryde close out the concert series made for one of the all-around best shows the Missouri State Fair has offered in a long time. Both artists bridge genres so they’re perfect to appeal to a variety of fairgoers. While bringing in a legend like Dwight Yoakam or one of the kings of contemporary country in Brantley Gilbert appealed to niche audiences, a band like Brothers Osborne has a greater appeal to a variety and, as they proved Saturday night, the ability to bring thousands of people together for a good night of enjoying a show at the Fair.