LATEST NEWS
01:53 PM
Home Entertainment Film ‘Booksmart’ is like no other teen comedy 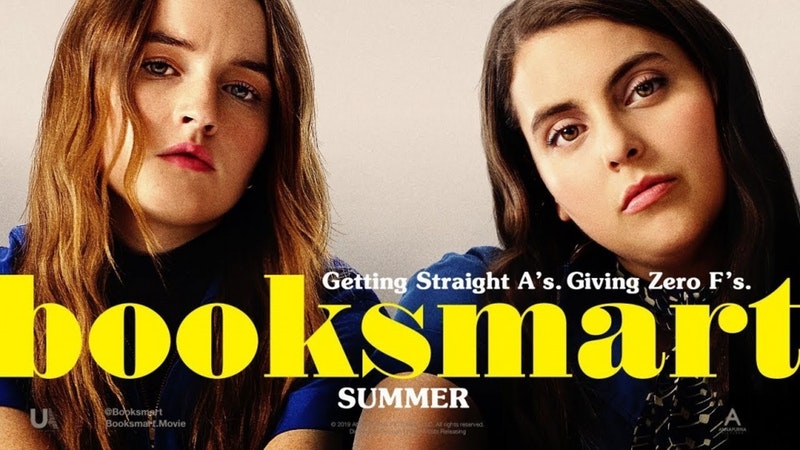 Just when you think a particular movie genre has exhausted itself, you end up surprised by something that feels familiar but also fresh and unique.

What else is there left to do with the teen comedy/high school movie? We’ve seen so many, with the best combining humor with poignant statements about the salad days of youth: “American Graffiti,” “Fast Times at Ridgemont High,” “Ferris Bueller’s Day Off,” “The Breakfast Club,” etc. After “American Pie” things just got stupid. The most poignant teen movies were made in the ’80s.

Although some of the trappings and tropes of “Booksmart” feel familiar, the movie is firmly steeped in present day social dynamics — it could be the ultimate GenZ high school/teen movie. These characters are far more self-aware than Claire and Andrew in “The Breakfast Club.”

The personification of a greater sense of awareness is found with lead character Molly, played by Beanie Feldstein.

Molly has clawed her way to the upper echelon of high school dominance as class president about to grab her brass ring. Her spirit is that of an academic warrior, a competitive cutthroat with a myopic focus on school work.

Her best friend Amy, played by Kaitlyn Dever, is also highly intelligent and stands as a counterbalance to Molly. Amy is more demure, with folkish, granola sensibilities, and she’s somewhat uptight about social interaction but more chill and less aggressive than Molly.

The bond between them is strong and seems natural.

The school social environment is another matter. Molly is at odds with everyone else there — classmates don’t measure up to her standards.

The onscreen jubilation on the last day of school is similar to that of “Dazed and Confused,” just amplified and turned up to 11. The pacing of this movie is often frantic, with a sense of urgency present. “Booksmart” at times feels like a teen comedy on speed, but it works and is not distracting or disorienting. I took the pacing as a reflection on the pace of the times we now live in.

Molly displays disgust at the merriment around her because she will be glad to move on — she has big plans for her future. She’s Yale bound.

Molly operates with a bit of an ego, a chip on the shoulder—She knows she’s hot stuff and smarter than the average. She more often than not inspires intimidation rather than admiration. She’s accomplished, but she’s not well liked.

She catches wind of this directly with a group of students talking about their dislike of her personality. She confronts them by telling them her post college plans. What should have been a proverbial death is blocked and deflected, as three students, who did indeed partake in the weekend party life, tell her about their post college plans, which includes Yale and Google.

Molly’s world is turned upside down, and her whole identity and sense of being is ripped away. This was Molly’s DEFCON 1.

This scene is central to the plot of the movie. It steers the trajectory of the movie, as the events of the night later unfold.

The cinematography during the aftermath of this is magnificent, emphasis on Molly’s facial expressions combined with slow motion shots that look like she’s drifting forward while standing still illustrate how distraught she is and the emotional impact of finding out this information.

She looks as if she is on the verge of a psychotic break. She comes back from the brink having had an ephiany. If her classmates were able to party and succeed in their own academic niches, then she needs to experience that side of life as well. She feels as if she’s cheated herself.

Two of the school’s overachievers then embark on a quest to live it up and find the party.

After two false starts, Molly and Amy end up in a madcap, hilarious adventure in the process of finding the party being thrown by Nick, played by Mason Gooding, the class vice president whom Molly expressed such disdain for, regarding him as an empty headed partier.

When Molly and Amy arrive at the party, many of the social boundaries have evaporated, they are welcomed, and attraction is in the air.

The underwater shots of a pool scene are downright breath-taking, showing a bunch of teens frolicking and living life in the moment.

Toward the end of the film, there is a scene between Molly and another character, Allison, one of those students who had fun but still excelled. This scene highlights a way in which characters who were introduced as seemingly one-dimensional develop a greater sense of emotional depth as the movie progresses.

This movie is like no other teen comedy. The teens in “Booksmart” appear more worldwise than most of the characters in the teen movies of the ’80s and ’90s, but the heart remains, with all of the joys, pains, uncertainties and excitement of youth being the linchpin elements of the story.