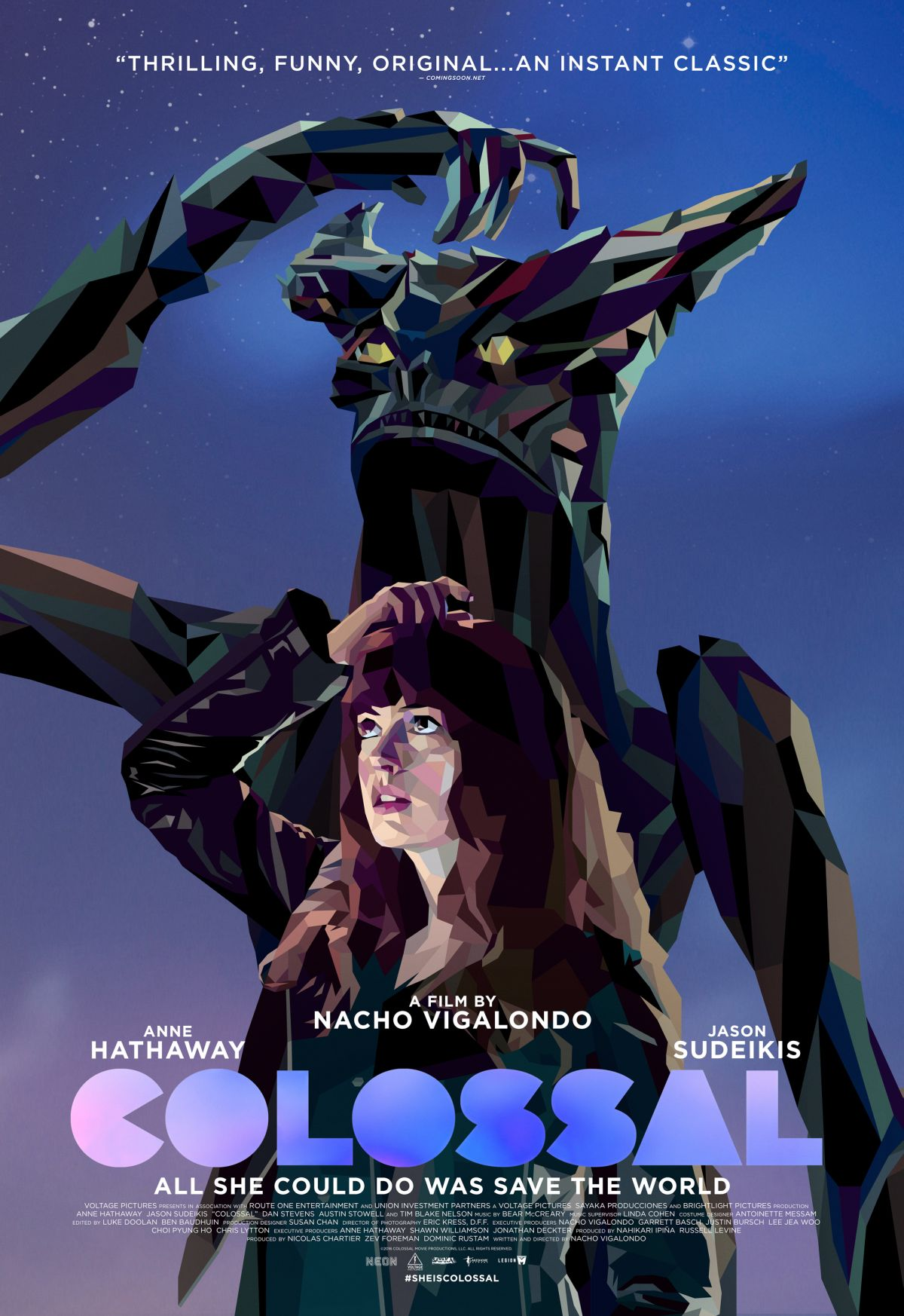 It’s hard to pin down exactly what it is Nacho Vigalondo’s “Colossal” is trying to say, but that isn’t necessarily a bad thing.

The movie starts with a dysfunctional, unemployed woman named Gloria (Anne Hathaway) living with her boyfriend Tom (Dan Stephens). Tom is quick to deliver the news that he is tired of Gloria’s poor decision making and that she needs to clean up her act. Then unfolds what seems like a stereotypical story of a down-on-her-luck woman who moves back home and reconnects with old friends. However, “Colossal” manages to avoid stereotypes. Just as the viewer thinks they have figured everything out, the movie takes a sharp turn keeping the audience on their toes.

When Gloria moves back to her small hometown in upstate New York, she quickly reunites with an old friend named Oscar (Jason Sudeikis). We are presented with two characters who appear to be polar opposites. Gloria is a mess, she left her hometown for the big city, and she comes off as insensitive. Oscar seems kind, he owns a family bar, and he seems to want to genuinely help Gloria. Oscar is quick to hire her as a waitress at his bar and they, along with two more of Oscar’s friends, spend every night drinking after the bar has closed. At this point, it seems as though the movie will be about the dangers of drinking too much, the mistakes we make, and how we affect others when we’re unaware of our actions. But that would be too easy, and that’s not what “Colossal” is about.

The story of “Colossal” is a familiar story with a dark, comedic twist. Although it has Kaiju elements, the story manages to stay grounded in human realities and still provide laughs. There are some mixed metaphors present, but it’s hard to say if that’s due to bad storytelling or because the writer wants the audience to be confused. The themes that are clear are those of abusive relationships, jealousy, selfishness, and male ego. All of these elements seem to manifest themselves in monsters that appear in Seoul, South Korea and wreak havoc on the city and its people. Is the movie saying our baggage can make us monsters? Are humans just monsters? The film does not provide clear answers, which leaves the audience with little clarity.

Anne Hathaway gives one of her best performances as Gloria, and Jason Sudeikis plays her opposite in a perfectly smarmy way. Both Hathaway and Sudeikis capture the comedy in the film’s writing while providing convincing portrayals of their flawed characters. The casting of Anne Hathaway was the perfect choice for this movie. In the real world, there is a collective dislike of Hathaway. In the beginning of “Colossal,” there’s a collective dislike of Gloria, but by the end of the film Hathaway is redeemed and so is Gloria. Hathaway’s portrayal of a misguided but self-directing woman is both convincing and relatable while Sudeikis’ plays the self-loathing “nice guy” with unctuous gusto.

After one has picked apart “Colossal,” what remains is a truly original story that is both well-acted and engaging. There seem to be some missing pieces, but you can still get the picture.