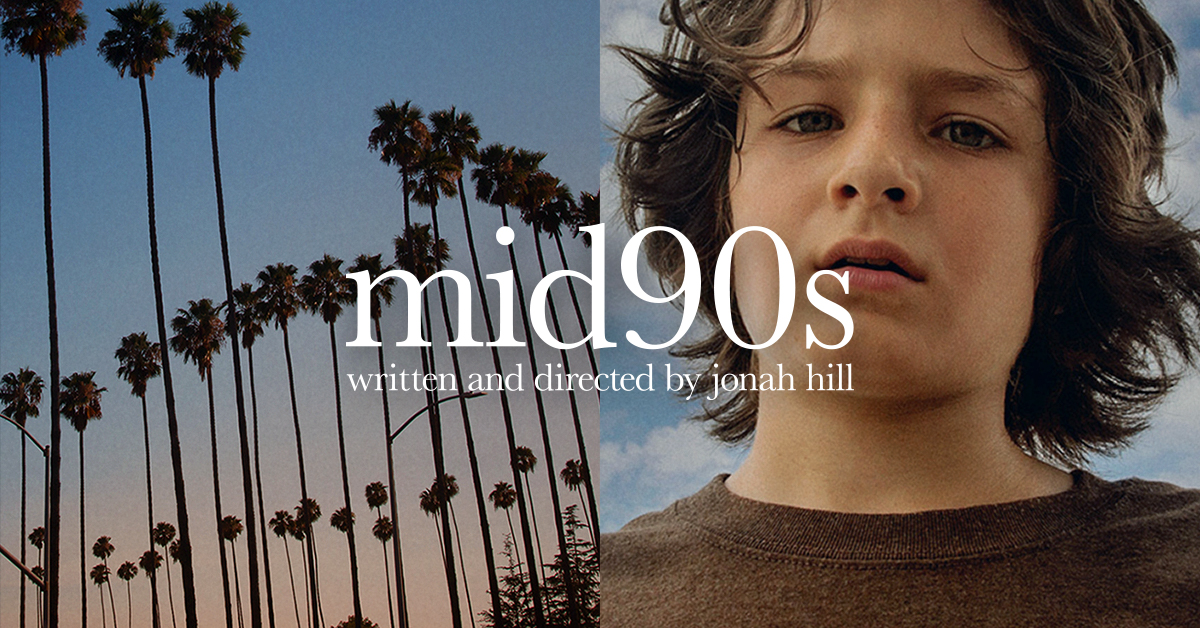 FILM REVIEW: Jonah Hill’s ‘Mid90s’ feels like a collection of vignettes that are amazingly cohesive

Upon seeing the trailer for “Mid90s” I was immediately interested – I saw visions of a coming of age tale that didn’t appear typical. It seemed to have captured the look of the ’90s, though shot and created in the current 21st Century era. From the trailer, I caught glimpses of what looked to be an intense story.

As the movie begins, we are introduced to 13-year-old Stevie (played by Sunny Suljic) in what appears to be a picture-esque upper middle class home in 1990s Southern California. Ian, Stevie’s older brother, played by Lucas Hedges, commands Stevie to stay out of his room. Defying Ian results in a beating.

With this scene, the viewer is drawn into the unflinching brutality of the beating – the affect of it all was jolting and a little alarming. From that point on, an essence that borders on cinema verite realism at times encases the whole movie.

We see Stevie in Ian’s neatly arranged bedroom, which resembles a pop culture shrine to ’90s cool, or at least one segment of ’90s cool. Stevie tries on his older brother’s Starter cap, looks through Ian’s CDs, then a close up of the “Street Fighter II” logo on the back of Stevie’s shirt – these seemingly small details help to authentically capture a certain era.

We are also introduced to Stevie’s mother, who seems loving, yet somewhat distant, and is under the stress of being a single mother. No explanation as to what happened to Stevie’s father is given – he’s simply not there. A noticeable void is present in this home.

Stevie finds a glimmer of what could fill the void while roaming the streets, he spots young skateboarding teens, as he focuses on their rebellious cool as they get into a brief verbal altercation with a store owner. He’s observing from across the street, and Stevie is transfixed from a distance, magnetically drawn to them.

Such a sentiment is not verbally expressed – it shows in Stevie’s eyes. This scene establishes the beautifully poignant way in which this film is shot. Director Jonah Hill uses the spaces in between to highlight the feelings of the characters and the relational dynamics between them.

The use of facial expression and visual proxemics becomes a crucial element of the film, just as much as the dialogue, and throughout the movie, it’s Stevie’s face that’s the most striking and captivating, conveying everything from uncertainty to longing to ecstatic joy.

Soon after seeing this crew of slightly older kids, he finds his way to a local skate shop where they hang out. He’s still observing them from a distance – he finds a way into their social circle via Ruben (Gio Galicia),the one in the crew closer in age to Stevie. The conversation is typical of bored teenagers, with some of it dipping into the vulgar.

Stevie has found a group to belong to, and the story begins to accelerate.

Music is another crucial component in “Mid90s,” it punctuates the mood of the movie from scene to scene. In a movie, the right needle drop at the right moment matched to the right scene creates a powerful synergy (see prime examples in the movies of Rob Zombie and Quentin Tarantino).

These are the moments in a movie when the music/score becomes more than just a background soundtrack. In “Mid90s,” music becomes an integral part of the movie’s atmosphere – the musical magic in the film is as much about timing, editing and placement as it is actual sound.

The film’s music, ranging from the Misfits to Morrissey, adds to the authenticity of the movie, in that most of it is music that skaters would listen to. The music in the movie serves as a reminder that the “Mid90s” is set in a world from 20 some years ago.

As the plot of the movie progresses, we see connections and conflicts within the crew of friends. They enjoy many of the same activities, yet notable personality differences are present.

The most dynamic of the group is named Ray, played by Na-kel Smith. He’s taken on the role of big brother, father-figure and protector. A character with the nickname of Fuckshit (Olan Prenatt) is the juxtaposition, a force of contained chaos, an ethical hedonist, always looking for fun and the next party.

Ray wants more out of life – he wants to go pro with skateboarding. He takes a special interest in Stevie.

Stevie is going through a certain amount of turmoil. The most poignant moment of dialogue comes well into the film, and it’s a conversation that fills in a number of missing pieces and provides a greater level of clarity concerning who the characters are. When speaking about turmoil as a universal thing, Ray tells Stevie about his brother dying in a car accident while Ray was at soccer practice. This little bit of information provides further insight into Ray’s way of serving as a protector.

The best coming of age/youth movies portray life on the horizon and the feelings, good, bad, ugly, or  indifferent, that go along with being in such a stage of life. I’ve never seen a film quite like “Mid90s.” The movie often feels like a collection of vignettes that are amazingly cohesive.

I read a few online comparisons to the1995 movie “Kids.” That’s not exactly accurate. The characters in “Kids” were vapid, moronic, sociopathic, and with two main characters of Telly and Casper, you had a rapist and a pedophile. The characters in “Mid90s”are more relatable and likeable, with a greater sense of emotional depth.

Stevie and his friends are living on the edge, seemingly not trying to cause harm. But harm sometimes finds them. The movie ends with all the friends in a car accident after leaving a party, followed by a quick fade to black and a brief interlude of silence – I assumed the worst, that they were all dead.

But we then see the car is flipped over, followed by screams, cut to silent footage of Stevie in the hospital. The silence adds to a sense of the dramatic, highlighting how dire the situation is. This moment is marred in uncertainty – will Stevie pull through?

The movie ends on an unorthodox and meta note, as the character Fourth Grade (Ryder McLaughlin) puts on a VHS cassette of a home movie he’s shot and edited of the friends, which has the look of Polaroid snapshots come to life, containing such a sense of vibrant youthful energy, as the group of friends are the happiest, with so much of life on the horizon.

“Mid90s” is available on Youtube, Vudu, Google Play and Amazon. It released on DVD January 8.