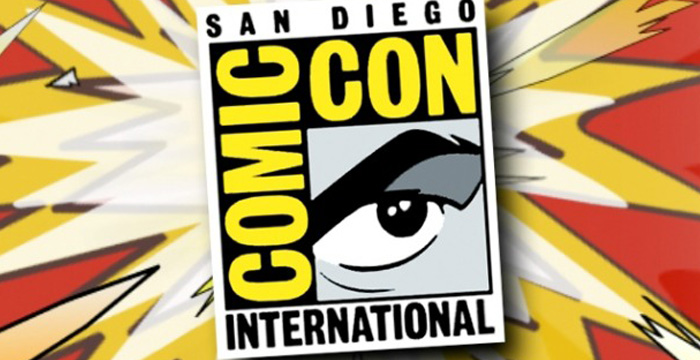 The annual San Diego Comic Con has grown into *the* event of the year for pop culture fans especially fans of comics, games, and movies. This year’s comic con was no exception. There were plenty of new trailers and announcements, so I’ve taken the liberty of picking 5 of the best movie-related moments from SDCC 2017.

The new “Justice League” is set to release later this year on November 17th. Many were thrown into a bit of a panic when news broke in May that Zack Snyder was stepping down as director of the film due to the death of his daughter. Then fans learned that Joss Whedon would fill in for Snyder as reshoots were taking place over the summer. With the DCEU’s flagship director stepping down and news of much of the film needing to be reshot, the overall anticipation for “Justice League” was a bit dampened. However, Comic Con has breathed life back into the film with a fun-filled panel and a sneak peak of the film that you can watch below.

The sneak peek showcases each of the heroes featured in the “Justice League” with what seems like a surprise member at the end of the clip. Who could it be? The film will take place as the DCEU mourns the loss of Superman, their beacon of hope. Many suspect Superman is the mystery member because it seems impossible that the Justice League could function without him. Though the Justice League sans Superman seems unfathomable, maybe that’s exactly what the universe needs. Featuring a new hero could give the DCEU a much needed boost in terms of excitement, ratings, and overall box office performance. I guess we’ll find out on November 17th.

One of the biggest films of this year (and one that I’m most looking forward to) is “Blade Runner 2049.” The film takes place after the events of the original and stars Ryan Gosling. It is no secret that “Blade Runner” is one of the most influential science fiction films of all time— it gave birth to the cyberpunk movement— so director Denis Villeneuve has big shoes to fill. Though judging from the director’s filmography, “Blade Runner 2049” is in good hands.

Ryan Gosling and Harrison Ford as part of the Bladerunner 2049 panel at San Diego Comic Con. Photo by Getty Images.

The panel for “Blade Runner 2049” featured all the big names involved with the project. The crowd got to hear from the likes of Denis Villeneuve, Ryan Gosling, and Harrison Ford. Unfortunately, SDCC 2017 wasn’t able to squeeze any new footage out of the Blade Runner team but there was a VR exhibit where fans could experience a futuristic Los Angeles. If you want to learn as much as you possibly can regarding the new film check out this website: http://roadto2049.bladerunnermovie.com. “Blade Runner 2049” is set to release later this year on October 6th.

For fans of Ernest Cline’s 2011 science-fiction novel “Ready Player One” or anyone who grew up loving pop culture in the 1980s, Steven Spielberg’s newest project will seem like a dream come true. The film has been adapted for the screen by Ernest Cline, Zak Penn, and Eric Eason. If you missed the trailer premiere, watch it below!

Taking place in 2045, “Ready Player One” follows protagonist Wade Watts who lives in a poverty-stricken, futuristic Columbus, Ohio. In this dystopian future, Wade spends most of his time in the OASIS — a virtual reality experience — where he is a “gunter” (someone who hunts for Easter eggs). The movie is likely to be a nostalgia-fueled ride through an action-packed VR universe. Be sure to catch the film in theaters March 30, 2018.

A few months ago the world was introduced to the newest “Thor” by way of a pretty kickass trailer, which featured one of the best uses of a song I’ve ever witnessed (pretty sure Led Zeppelin’s “Immigrant Song” was made for Thor). At this year’s comic con, we got another trailer giving a deeper look into “Thor: Ragnarok.”

The new trailer gives a better idea of what “Ragnarok” will be bringing to audiences. “Ragnarok” features a star-studded cast with the likes of Cate Blanchett, Jeff Goldblum, Tessa Thompson with “Thor” mainstays Chris Hemsworth and Tom Hiddleston. The trailers for “Thor: Ragnarok” seem really promising, which is good news considering the fact that the “Thor” franchise is one of the worst performing in the MCU. Audiences will be able to judge “Ragnarok” for themselves on November 3rd of this year!

Though the film is still two years away, we were able to get a glimpse into the world of “Captain Marvel.” What we learned from the bits of information given are that Brie Larson looks like a total badass, the movie is set in the 1990s before the events of the first “Iron Man,” and the villains are the Skrulls. Sure there was no trailer or footage of the film, but “Captain Marvel” is a big deal for the MCU. It’s the first film to be fronted by a woman, which means they’ll be two years behind DC by the time the film is released (March 8, 2019). Check out some of the revealed concept art below or click the link! 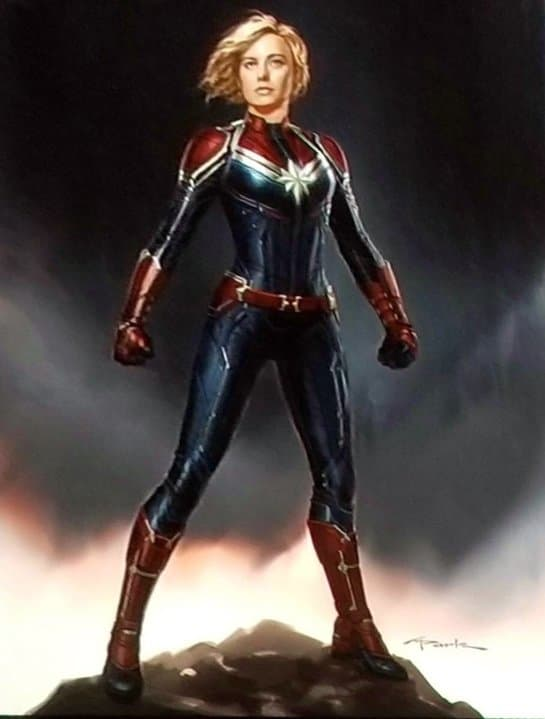 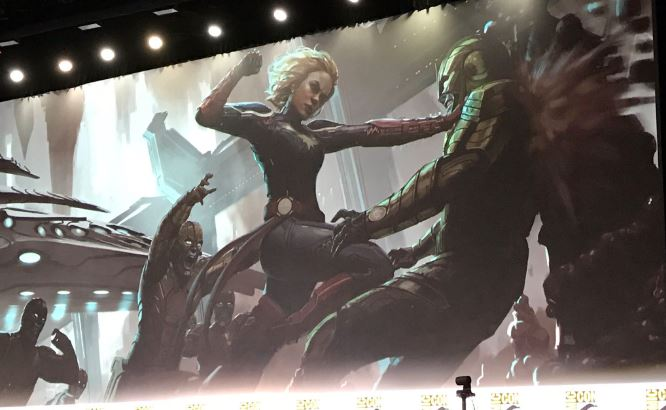