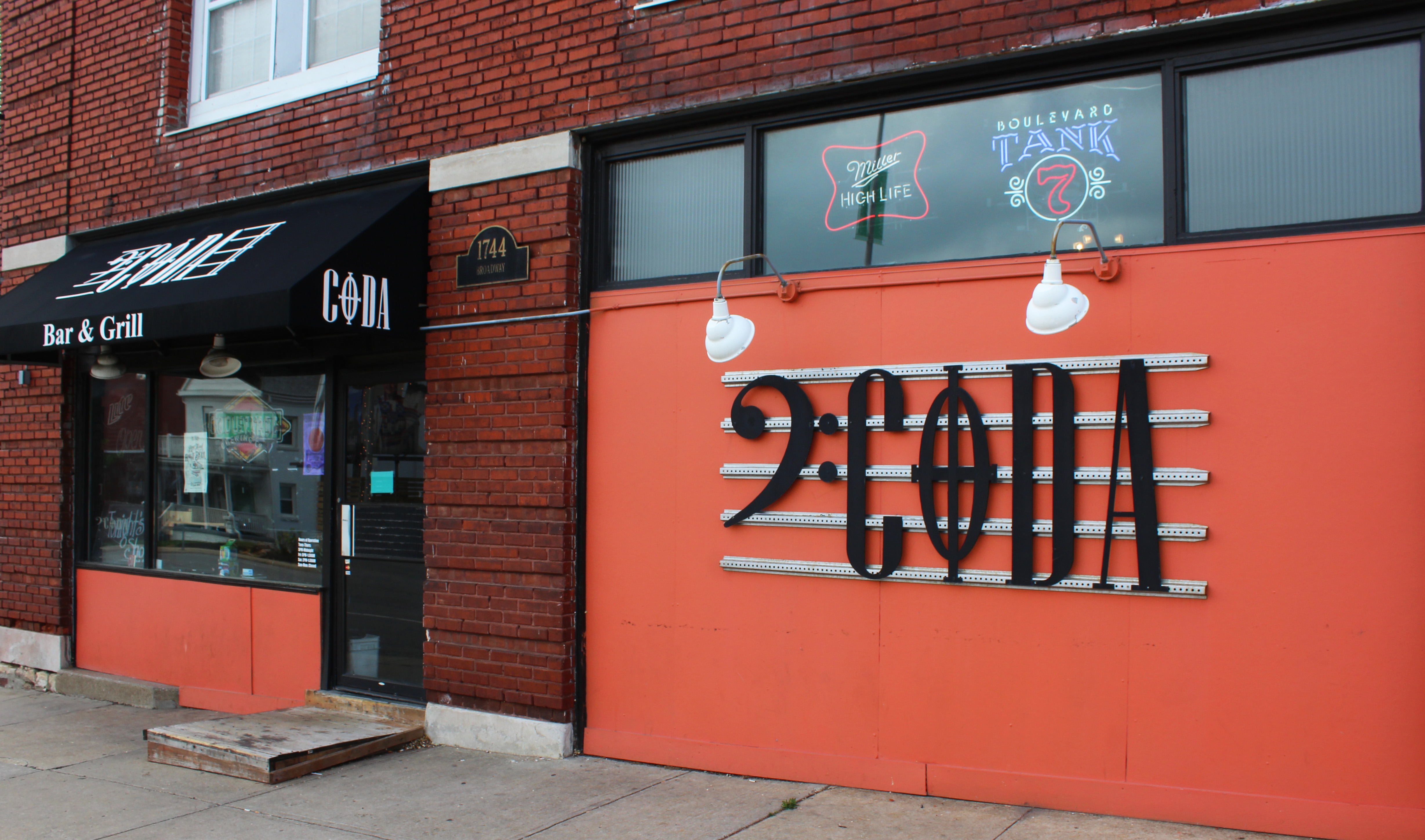 KC Music Scene on the cusp of spotlight

From March 28 to April 1, Coda, located at 19th and Broadway in Kansas City, hosted its inaugural Local Musician Appreciation Week, a celebration and tribute to the strummers, drummers and hummers that dig the trenches of the Kansas City music scene.

Inspired by Louis Meyers, co-founder of South by Southwest, and more so after his passing, Coda owner William Saunders hosted this week of gratitude and recognition as honorarium for the artists who give themselves to the city.

While Saunders’ endeavor into long-form local music exhibitions might not have taken off as immediately as SXSW did, it is another seed sewn in the soils of the scene and city in hopes of a national harvest. National attention seems to be something Kansas City has struggled with for decades now – the talent is there, in filthy abundance, but how do they escape the confines of the local music showcase?

When the outside world thinks of the music in Kansas City, more than likely most people – under the weight of their own genius – will immediately conjure up Stoller & Lieber’s 1952 ode to our town, simply titled, “Kansas City.”

Those a little more hip to our groovy little scene might even rattle off something about jazz. They probably don’t know what kind of jazz, but the echo of the phrase “18th & Vine” will start banging around in their head and possibly even smash into the names Count Basie and Charlie Parker (fun fact: for some reason he refused to return to KC, his place of birth, even in death). Lastly, someone, somewhere out there in the æther, will call to recollection that Puddle of Mudd hail from our fair city. Moving on.

Kansas City today attracts plenty of national acts such as Foo Fighters, Tool, and Bruce Springsteen at the Sprint Center, and The Flaming Lips, Wilco, and George Clinton at Crossroads KC. The city’s output in the same area, however, is definitely lacking. Saunders, who has owned Coda since 2014, isn’t hesitant to point out the strengths and weaknesses of the scene.

“On the other hand, it lacks a few things that would lend legitimacy and pull eyes to the market. Namely, real, legit record labels who have the resources to push acts nationally in terms of publishing and touring. We have some great local labels, but all of our pocketbooks are limited.”

Kelly Hunt, a local musician and featured artist at Coda’s local musician appreciation week, while originally hailing from Memphis – the freaking birthplace of rock ‘n roll – has made KC her home for the last year and has been involved with the music scene during her stay. 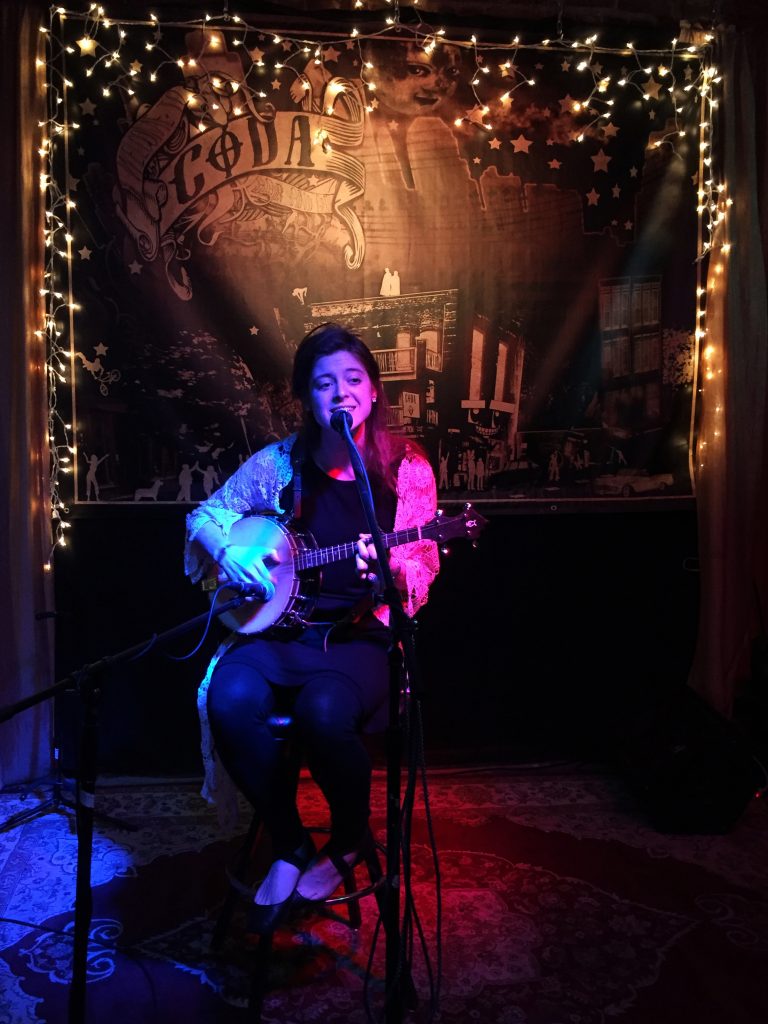 “I think this city is starting to make a national name for itself beyond the realm of jazz music,” Hunt said. “So the ball is rolling for sure. I think it’s just a matter of time before KC becomes a chief musical destination of the U.S.”

Tommy Donoho, another solo artist who performed at the LMAW, as well as a guitarist for the local band Merit Badge, and a 10-year member of the local music scene, sees the potential for greatness within KC’s bubble but addresses a need for unity and growth. 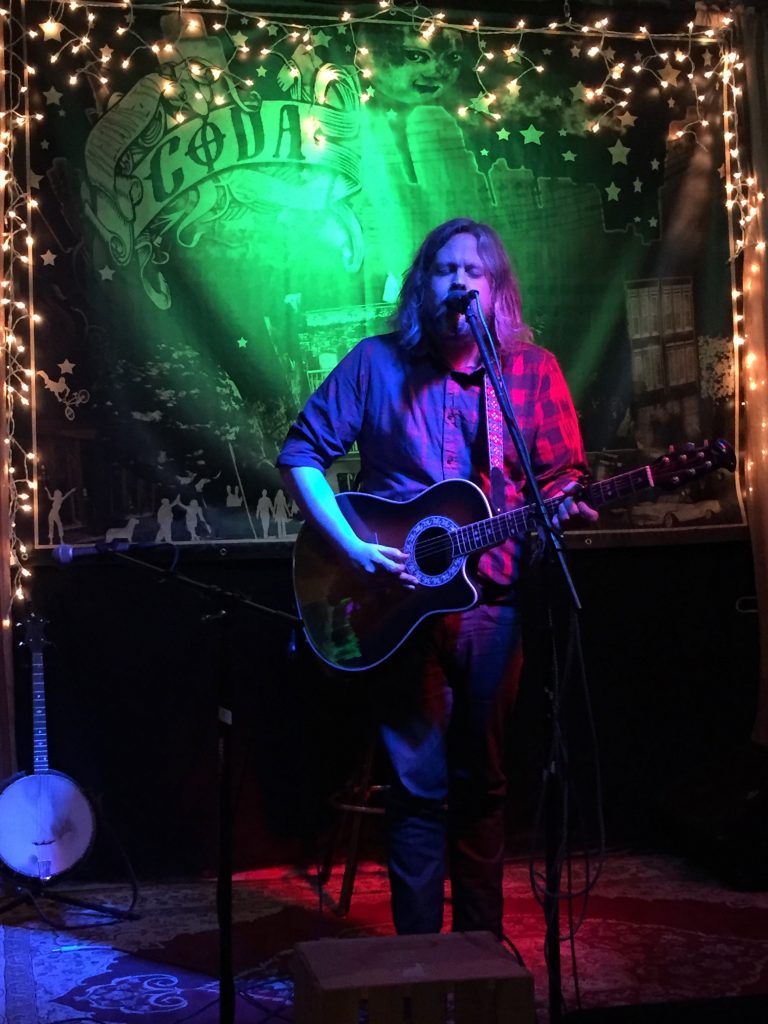 “As an artist, getting out of the midtown/downtown area is difficult,” he said. “A lot of venues aren’t looking for acts to play original music, and it’s hard to get people from the north and south to come in to the city to see us. We do a good job of promoting a small portion of the scene to a small portion of the city.

“Right now, it’s a small percentage of the KC population saying we have an amazing music scene. We have some wonderful people in this city that promote the hell out of it, we just don’t have everyone listening to them yet. But that’ll come. I think we’re closing in on it.”

If venues can support their artists and help promote a following for them then it’s a boon for the business, because if the band continues to hone and better their craft to keep audiences interested and spreading the word then they will gain a continued outlet for their work as well as better paying gigs. Saunders and Coda are wanting to hold up their end of the deal.

“Performance skills, leading and command of an audience, building and managing a fan base are equally critical and most bands/artists are left to themselves to figure it all out,” Saunders said.

“Advocates for the artists who can help build these other skills needs to be improved. Coda does play a role in helping young acts develop. I give residency shows to artists and acts that I think can develop into large draw acts, in essence outgrowing Coda.”

Kansas City has flirted with national attention before. The Get Up Kids and Tech N9ne have notched out fantastic careers for decades without any real help or attention from MTV or mainstream radio, but the musical pool itself has remained mostly stagnant and local, while markets similar in size consistently overflow into the realm of national legitimacy.

“I think we have brushed with the national spotlight,” remarked Saunders. “Radkey, Madisen Ward and the Mama Bear, Mary Bridget Davies, Samantha Fish and many before them have made waves for themselves. KC just hasn’t received recognition for being a hotbed of talent, yet. Luckily, KC is hip and getting hipper.”

With events like Middle of the Map, Crossroads Music Festival, Boulevardia, and mass communicative musical outlets such as The Bridge and KKFI supporting local artists, it certainly seems the community support is there.

“A larger agenda with the betterment of all is the ticket,” Saunders said. “Individual agendas with individual rewards can and has been a deterrent to growth.”

Though there are upsides to having an abundant wealth of musical talent without a surefire gateway to a major label record deal. The bands and artists tend to play a little nicer with or flat-out tenaciously support each other when there isn’t a Kansas City version of the Whisky or Roxy to cause stubborn competition to play specific venues. They also don’t have to contemplate compromising or watering down their sound to appeal to crowds of lowest common denominators and play “the popular sound,” whatever that is these days.

“It has become a bed of support where there isn’t crazy competitive animosity and shit-talking, but helping prop each other up,” Saunders said. “That is a big reason why I enjoy doing what I am doing. The family feel of the music community is pretty amazing.”

The small shows and market also allow for a more intimate experience between musician and fan. When the band leaves the stage at a venue like Coda, The Westport Saloon, Davey’s Uptown, or the Arts Bar, there is no backstage for them to saunter off into – they’re in the crowd, they’re bumping elbows with us schmucks. Patrons are given the golden opportunity to know and understand the artist, see the world around them and how it influences them. Moreover, patrons are part of the living, breathing city that serves as the artists muse.

Hunt has already found a bounty of inspiration to fuel her creativity.

“Kansas City in particular has brought a lot of music out of me,” she said. “Partly because there is such a tremendous concentration of gifted musicians in this city who are generous with their time and talents. That kind of support really fuels creative opportunity, but also because this city is so steeped in American history.

“I recently wrote a song about the Westport Saloon. Someone told me that the building where it is now used to be an orphanage for children who lost their parents along the Santa Fe, Oregon, California Trails passing through Westport in the mid-1800s. Now I don’t know if that’s true, but it inspired a song.”

On a separate level, Donoho writes music in a more documentary style rather than reflective, commentating on the people, personalities and proprietaries that make up the scene.

“I moved here from Arkansas and was generously welcomed into an amazing music scene,” he said. “The idea for the song ‘The Marrying Kind’ came to me during a show at Davey’s Uptown during a Gaslights set.

“Abigail, their singer, was such a powerful and wonderful force in this town. And I stood there watching her get the crowd fired up … noticing that all the women of this city, who were so supportive of the scene and me as a new musician to the town, were these very strong, and awesome people. They all stood around drinking their whiskey – my personal drink of choice – smoking, cracking dirty jokes and making a really wonderfully fun scene.

Whatever the state of this sprawling scene, one thing that can’t be denied is its camaraderie. It’s the coal fueling the fire for the engine bearing down the tracks, destination unknown. It’s what helped set Saunders on course to create Local Musician Appreciation Week.

“I had been contemplating doing something special for all of the great acts I’ve been able to book, watch and enjoy since I have been either performing, promoting, booking or as a record label owner and venue owner,” he said. “A couple of weeks ago I just decided to do a week-long thing and see what gravity does.”

Even if no one ever ends up attaining greatness in terms of stadium tours, Emmy performances, and multiplatinum albums, that doesn’t mean we’ve lost or that the musicians have failed. Our home and our music is unique, quaint, and diverse. If money and stardom were the end goal the scene wouldn’t be as eclectic or connected, but respect and recognition is long overdue.

The state of the scene is in fine shape, even if it never elevates above where it’s at. But if you find yourself looking for fame and fortune and end up stumbling into Kansas City’s musical collective, you might want to consider yourself lucky for such serendipity.