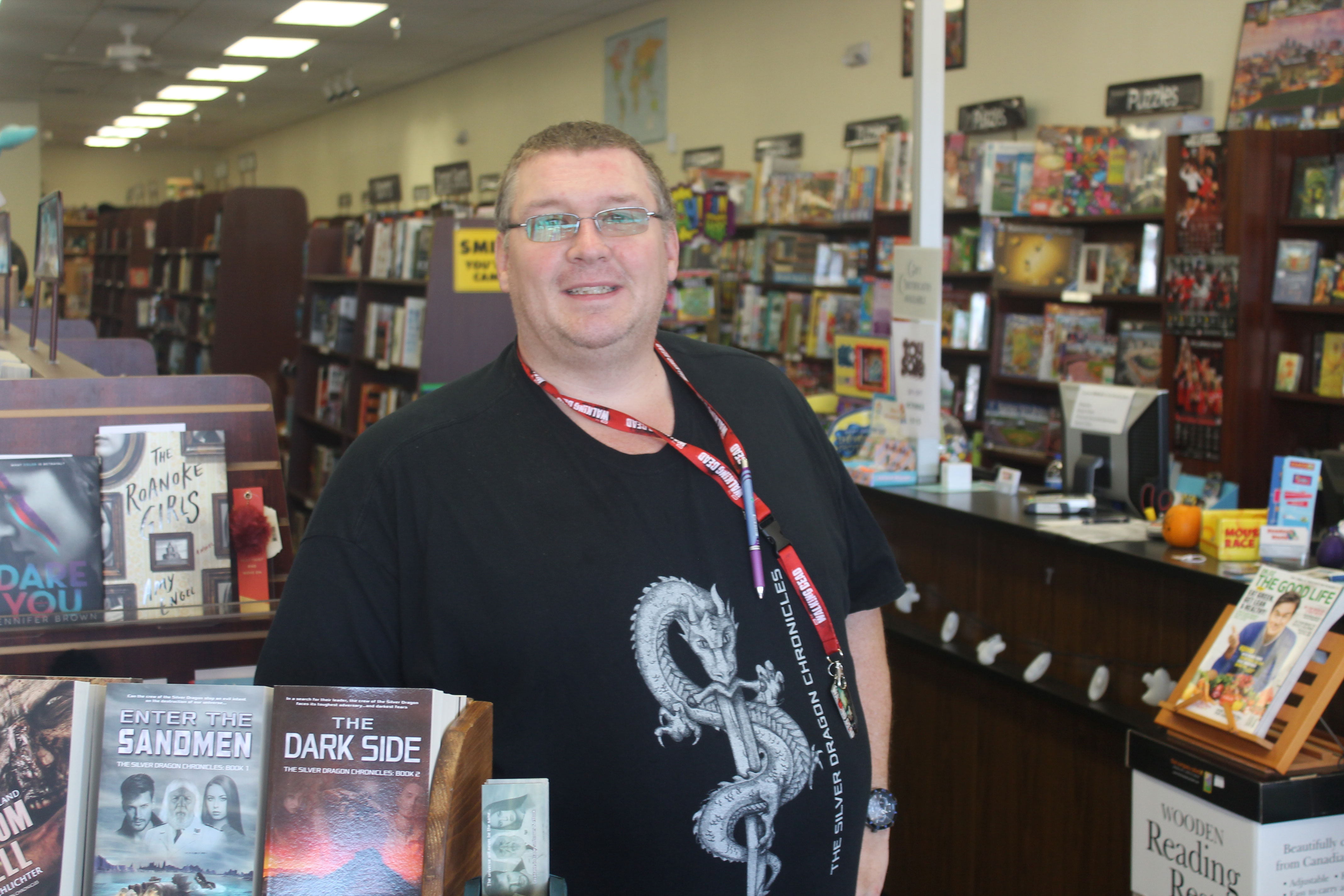 Schlichter is an author who specializes in bringing dark, dystopian visions to readers, in the form of an ongoing series of zombie apocalypse novels called “No Room in Hell,” with the first book in the series being“The Good, the Bad and the Undead” and the second being “400 Miles to Graceland,” just published in August.

Saturday was not Schlichter’s first trip to Warrensburg. Seven months ago he attended Stealth Con at the University of Central Missouri, as a vendor hawking his literary wares.

He was able to provide commentary about Stealth Con. Reflecting on the convention, Schlichter said he thought it was a great way for people to get introduced to cons if they’ve never been to one before. Stealth Con’s approach to various fandoms is an expansive big tent environment, in which cosplayers, celebrity guests, authors and comic book collectors share the same space.

At Stealth Con, science fiction and superheroes dominate, but there was room for horror content as well.

“I think it (Stealth Con’s varied blend) draws in all kinds of people, which is great,” Schlichter said. “You don’t just have one particular group coming in. You always have people who come up, and they are like ‘oh I didn’t know there were going to be authors there’ or ‘oh, my cousin loves horror, I want to buy your book for him.’”

Schlichter noted his Stealth Con appearance helped with sales and to build interest in his books.

“People read the first one, and then they wanted the second one,” Schlichter said.

The world of “No Room in Hell: The Good, The Bad and the Undead,” is a post-apocalyptic landscape of zombies, death camps and a group of characters trying to survive it all. Within the first few pages of the book, the audience is privy to a jolting attempted rape.

The philosophical question of where is the line between civilization and savagery hangs in the proverbial air within the pages of “No Room in Hell.”

“I don’t always find it as a selling point, but I sort of wanted to play with how would we rebuild the government, how would he rebuild society after zombies happen, so you do kind of have that dystopian feel, where you are trying to recreate the perfect system, and things don’t always work out,” Schlichter explained.

“George Romero said zombies are supposed to represent a political aspect,” he said. “When he did, ‘Dawn of the Dead,’ when they are in the mall, zombies represent mindless consumerism.”

Schlichter’s draw towards writing actually came from outside of the horror genre.