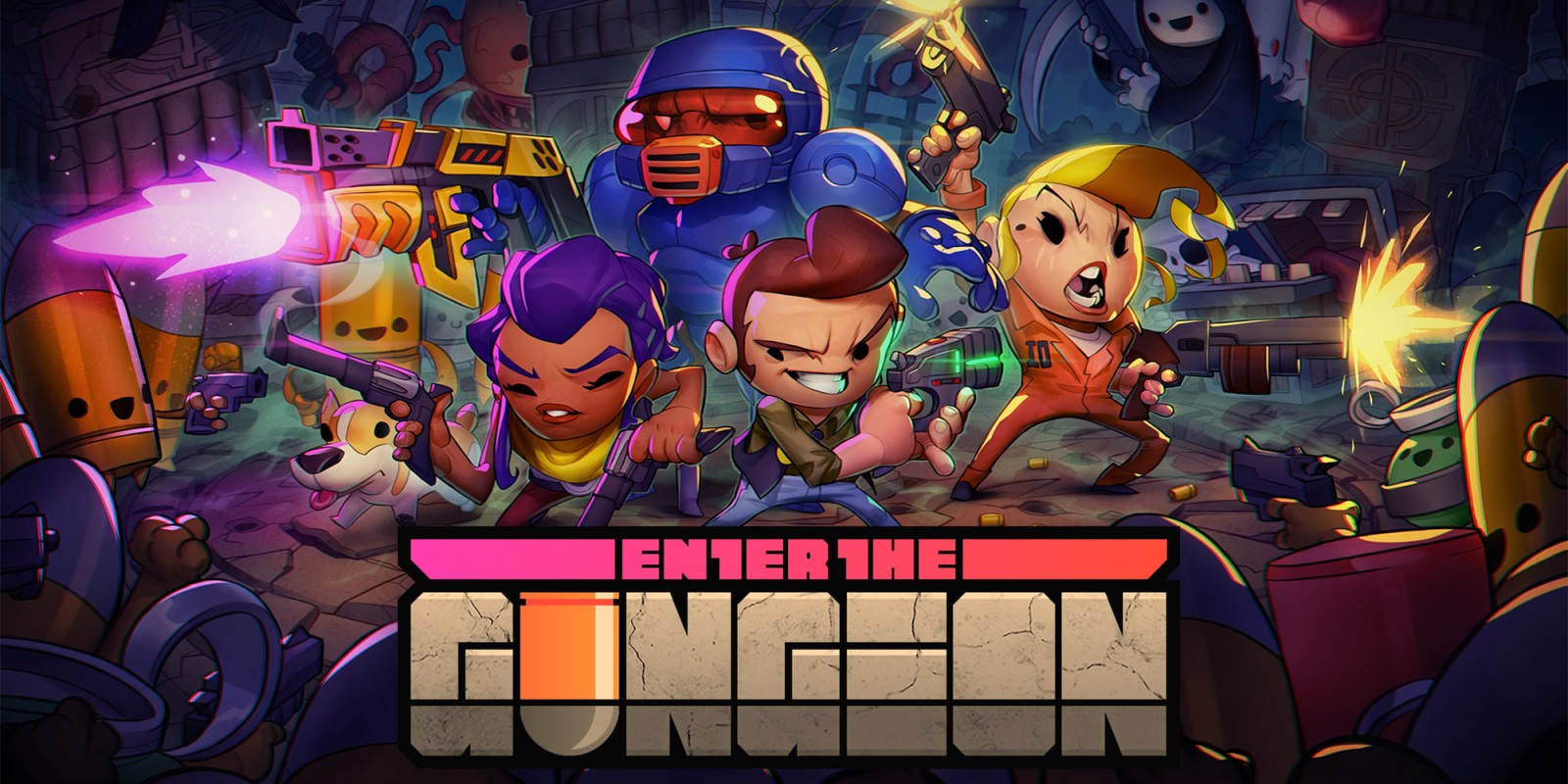 Blast your way through the ‘Gungeon’

The indie game field is filled with roguelikes and dungeon-crawlers of all stripes and colors. If I wanted, I could review exclusively roguelikes and never struggle for new content. And I’ll admit, I have a soft spot for the genre. But when it comes to picking titles to review, a roguelike has to really turn my head with original concepts and something new to bring to the genre. “Enter the Gungeon” is one such title.

“Enter the Gungeon” was developed by Dodge Roll and released in 2016. The premise, like most roguelikes, is simple: at the center of the Gungeon is a gun that can change the past, and you as the player are attempting to get to it. You start off choosing between different character archetypes, like a mystic or a marine. The tutorial is simple but effective, and soon you’re guns-deep in the Gungeon itself. Gameplay is simple, like most roguelikes, but instead of melee combat, you obviously use an ever-expanding collection of guns to fight enemies. Guns range from the realistic to the fantastic, and you find new guns by exploring the dungeon scape.

The enemies in the game are some of the high points, taking the form of giant, moving bullets and shotgun shells, each with their own guns. The self-referential nature of these enemies lends to the humor of the game, which clearly plays with ideas of hypermasculinity and the standard “action-adventure” video game. It’s clear even from my relatively short time playing the game that “Enter the Gungeon” is invested in poking fun at stereotypical action-shooters while still paying tribute to how fun those games can be. This also lends a bit more of a universal appeal to the game, since its emphasis on bullet-hell (ie, shoot a lot and get shot at a lot) mechanics can draw in a crowd of gamers who maybe aren’t all that into roguelikes. That’s part of the reason why “Enter the Gungeon” stands out in a sea of dungeon-crawlers; it can appeal to a wide array of players from different backgrounds and skill levels.

But beware, new player: the thing about “Gungeon” is that it is hard. Really, brutally hard. As you play through the rooms and chambers of the Gungeon, prepare for an incredible array of enemies, each with their own unique attack patterns. The controls of the game on PC, at least, can make dodging difficult for players who are less than perfectly adept at mouse-and-keyboard controls. Death is punished in the game by returning you to the beginning of the Gungeon, and the Gungeon is procedurally generated, so you never fight through the same enemies and rooms twice, meaning you can’t memorize attack patterns or room configurations. So when starting the game, accept that death is an inevitable part of playing, and try not to become frustrated with it, because at least you’ll never replay the same dungeon floor twice.

“Enter the Gungeon” is a fun romp through a genre-bending world that’s more interested in poking fun at established gaming conventions than it is at taking itself or anything else very seriously. If you’re a fan of roguelikes that wants to try something a little different and you enjoy a challenge, I highly recommend this game. “Enter the Gungeon” is currently available for PC, Xbox One and the Nintendo Switch.