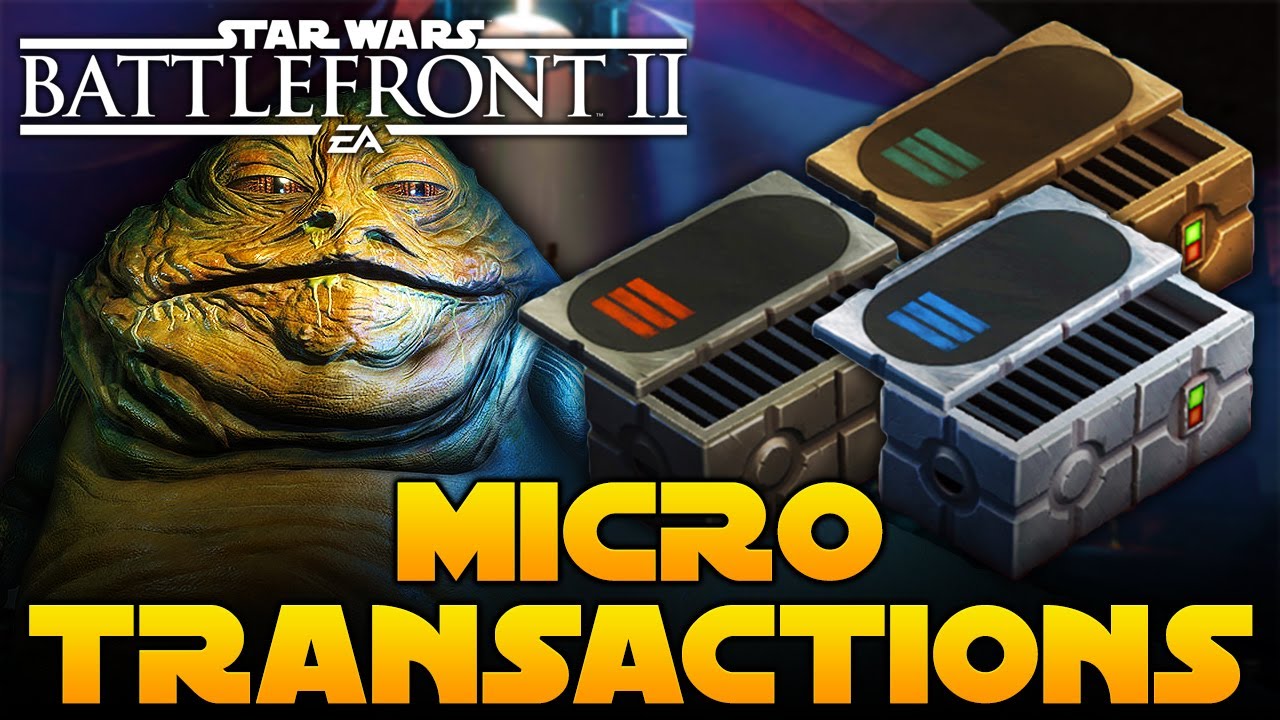 In-Game Purchases: Are They Fair Game?

Video game giant Electronic Arts recently announced they would be turning off in-game purchases for their newly released title “Star Wars Battlefront II.” This decision came on the heels of fan outrage at the inclusion of these purchases in the game at all, and EA heeded the wishes of their fans, but with the caveat that in-game purchases would return, once the game had been fully balanced. This decision on the part of EA is just one in a long string of conflicts on the state of micro-transactions in gaming.

The issue of micro-transactions (small, in-game purchases for items or abilities using real-world currency) has long haunted popular online video games, as some fans think the ability to buy things in-game instead of earning it through gameplay unfairly privileges wealthier players. Micro-transactions started in the world of mobile gaming and from there have spread to just about every corner of the gaming world. They can be for everything from cosmetic items to actual weapons, pieces of armor, and abilities that will help increase performance in the game.

There have long been complaints about micro-transactions in games, since some players feel like they allow people to buy their way through the game, rather than making them earn things through skilled gameplay. Gamers often felt like micro-transcations were a form of cheating. Micro-transactions were justified by the companies who used them as entirely optional for the players, as well as a way to help players who may not have much time to sink into the game stay competitive.

The real issues with micro-transactions come into play when discussing multiplayer online games, like “Star Wars Battlefront II.” If players are allowed to purchase upgrades for the multiplayer modes, this translates to literally being able to buy advantages for yourself, which puts players who have to level up in order to get those same upgrades at a disadvantage. This has outraged players since its inception, and has led to a major pushback against the inclusion of micro-transactions. Companies like EA aren’t likely to stop including these in-game purchases, however, because pressure to keep up with other players through buying upgrades means that micro-transactions remain a lucrative practice.

In my own humble opinion, micro-transactions aren’t always a bad thing, and companies can include them in a way that doesn’t hurt the balance of the game. An example of proper micro-transactions in games are the loot boxes in Blizzard Entertainment’s “Overwatch.” Loot boxes contain only purely cosmetic items for the player, and they can be either earned through leveling up and completing challenges or purchased for real money. While players can purchase the boxes, nothing in the boxes will grant a player an advantage in combat, so players who can afford to buy loot boxes do not have an advantage over players who cannot.

With systems for purely cosmetic upgrades, micro-transactions can have a place in gaming that doesn’t upset the careful balance of multiplayer online combat. It’s when games start allowing players to buy their way into better gear to give them advantages over other players that the fairness and equality of online gaming gets disrupted.

The battle over micro-transactions in gaming is far from over, with EA stating in-game purchases will return to “Star Wars Battlefront II” eventually. The exact form and shape of these purchases is yet to be seen, but the pushback from fans and EA’s response has hearkened a change to the way companies produce in-game content for a price.