LATEST NEWS
04:29 AM
Home Entertainment Film ‘Lady Bird’ is an essential song of hope in dark times of Hollywood 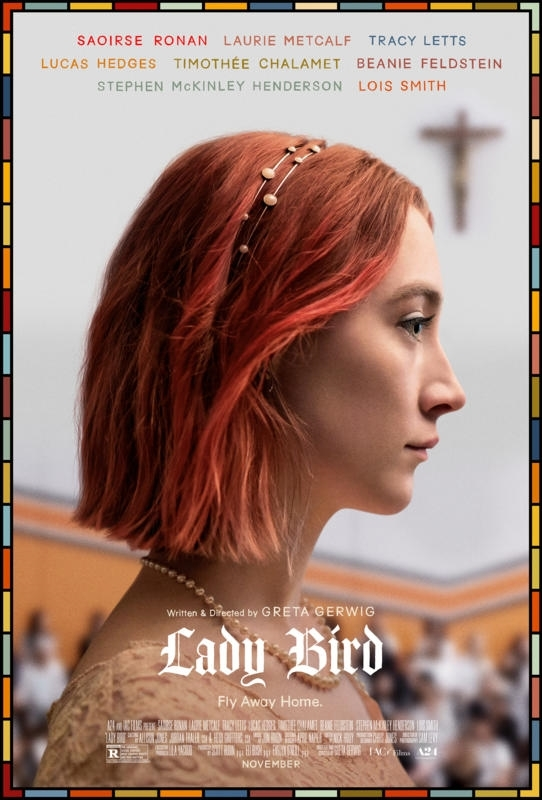 If you’re lucky, at least one time in your life you’ll encounter some sort of art that seems like it was made just for you. I’ve felt like this a few times with properties like “The Muppets” or the band Built to Spill. Greta Gerwig’s directorial debut “Lady Bird” is another one of those things. 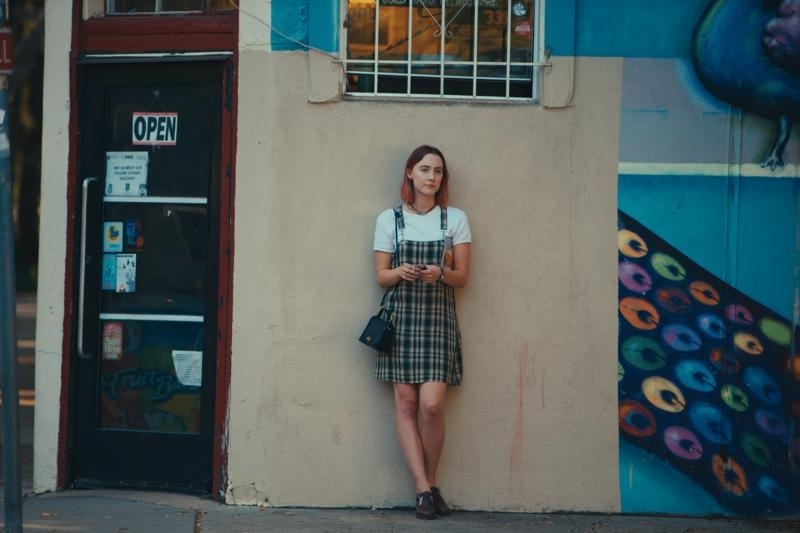 “Lady Bird” is a semi-autobiographical movie written and directed by Gerwig starring Saoirse Ronan as Christine “Lady Bird” McPherson. Though the film falls into the comedic, growing-up-is-tough category, there is something remarkable about Gerwig’s interpretation. The focus and detail of the mother-daughter relationship as well as the spot on teenage angst/emotion/exploration breathes life into the genre.

Gerwig’s script is full of poignant, genuine moments and quick wit that provides plenty of laughs. While the script could stand alone, the movie is catapulted to perfection with its flawless cast. Every single role is acted to a T. The chemistry between Laurie Metcalf and Saoirse Ronan as mother and daughter is outstanding and relatable. So much of the film hinges on their interactions and emotions and there is never a moment of disappointment.

Another star who shines next to Ronan is Beanie Feldstein (who most people will recognize from “Neighbors 2: Sorority Rising”). Feldstein seems to have already mastered the art of comedic timing and facial expressions with only a few roles under her belt. She and Ronan serve up one of the funniest moments in the film that involves a lot of crying and Dave Matthews Band. 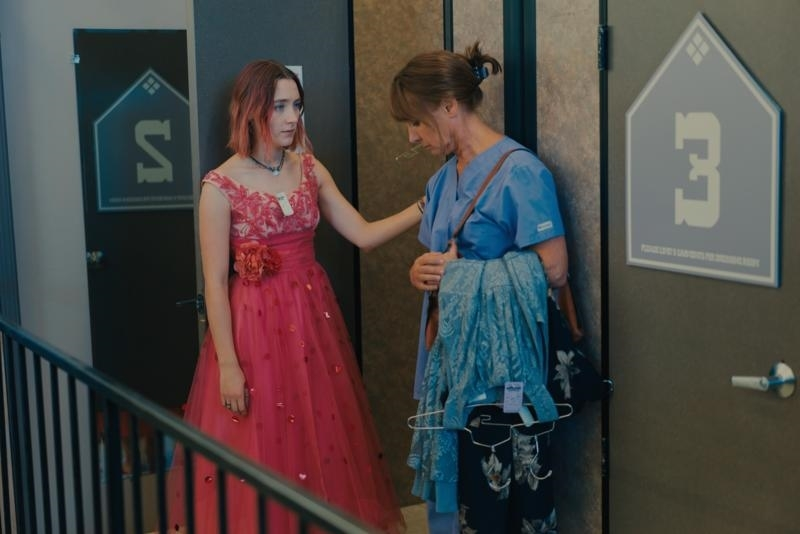 Saoirse Ronan and Laurie Metcalf search for prom dresses. Photo by Merie Wallace, courtesy of A24. 2017.

It is easy to tell “Lady Bird” is based off of Greta Gerwig’s own experiences because the film feels incredibly personal not only in story but in Gerwig’s direction and her attention to the minutiae of Sacramento. There are multiple moments in the film where the camera is as focused on the characters as it is the location. Gerwig highlights landmarks such as Tower Bridge as well as the highways and Sacramento River. The famous landmarks display the beauty of California’s capital in a way that feels unappreciated until the film’s end. Regardless, Gerwig’s love of Sacramento is fully felt through her camera choices and in Lady Bird’s message home from college.

Another masterful element of “Lady Bird” is the soundtrack. The film takes place in 2002, and so much of the music is exactly what an angsty teenager would’ve listened to at the time. One of the funniest moments in the film comes from an interaction with Lady Bird and her father, the terrific Tracy Letts, where Lady Bird mentions Alanis Morissette wrote “Hand in My Pocket” in ten minutes to which her father makes a hilarious reply. Coupled with the great soundtrack selection is another masterful score done by Jon Brion who is most famous for creating the score for “Eternal Sunshine of the Spotless Mind.” 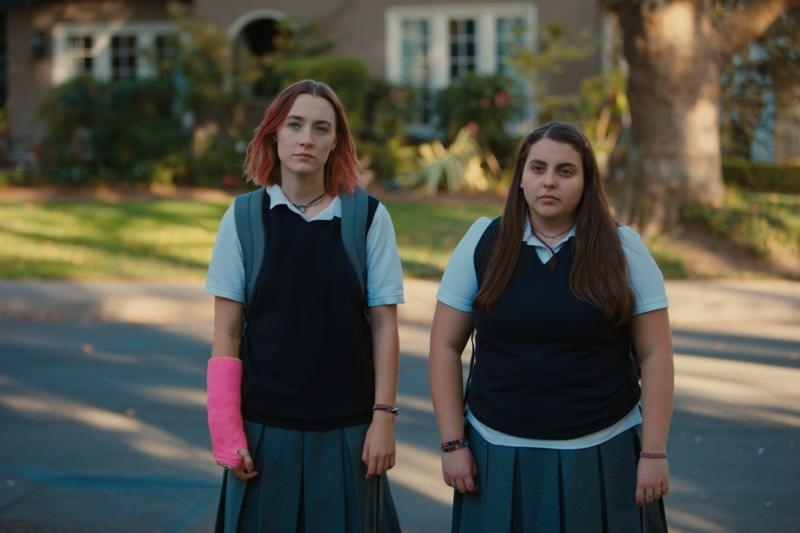 Saoirse Ronan and Beanie Feldstein daydreaming about living in mansions. Photo by Merie Wallace, courtesy of A24. 2017.

In a post-Weinstein film world, it can be hard to be optimistic and trust entertainers we’ve grown to love. “Lady Bird” is an essential song of hope in these dark times. A testament to the artistic prowess of women and the power they possess both in their creative process and relationships.