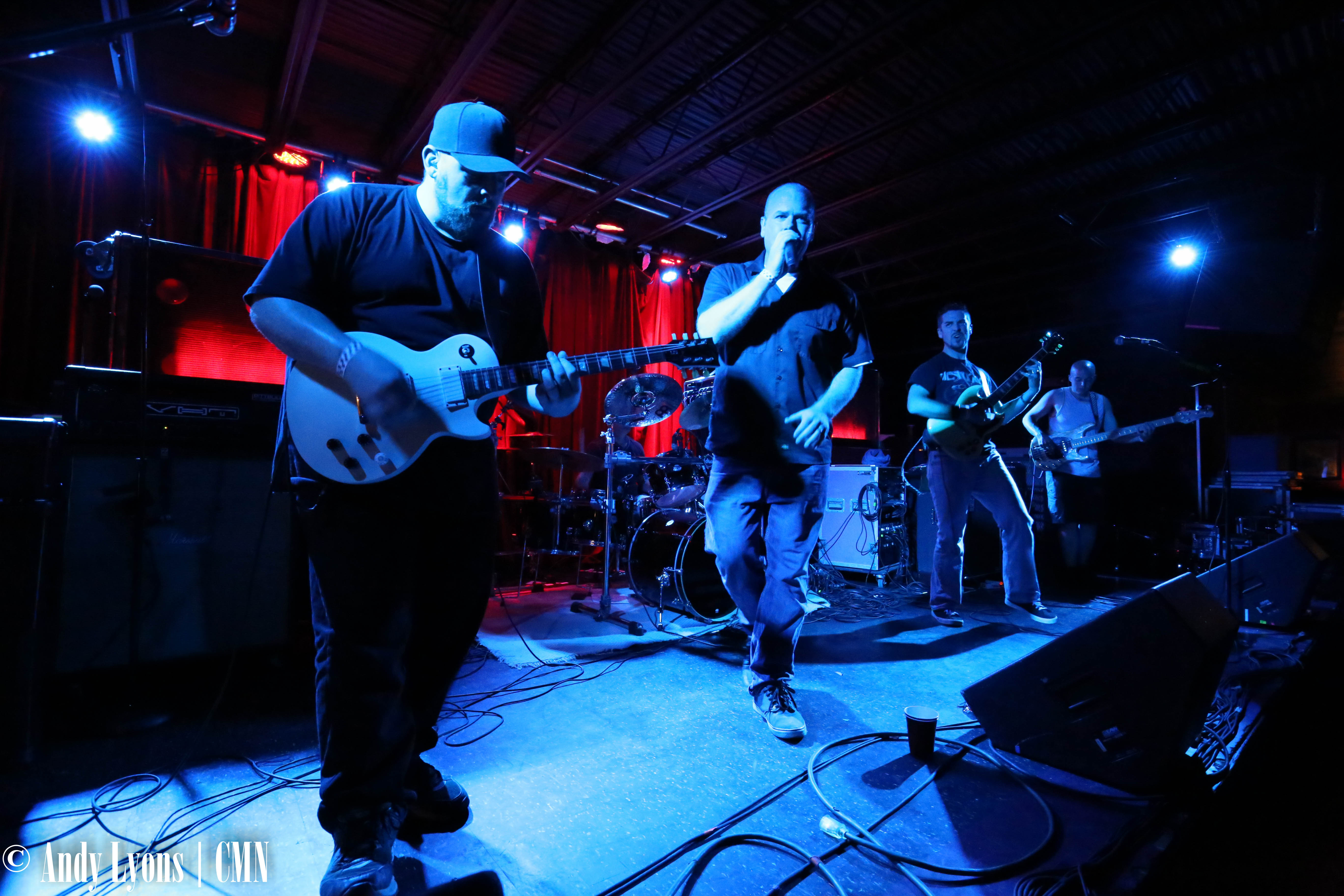 In the nearly four-month time frame between live shows, Flatfoot Reed has been busy behind the scenes. Drummer Mark Van Winkle had surgery for carpel tunnel syndrome on both wrists and in the meantime the rest of the band was putting pieces of a new EP together and focusing on live shows – part of a strategy to gain fans in the St. Louis area.

After making it to the final round of the Road to Pointfest competition earlier this year, the group wanted more performances in the St. Louis area. They got a huge opportunity July 12 when a promoter reached out for local acts to open for metal band Nonpoint at Firebird in St. Louis.

FFR lead singer Paul Dewey weighed in on the group’s decision to look for more shows in St. Louis than the Hannibal, Mo. area of northeastern Missouri and western Illinois.

“We have been trying to focus our scheduling efforts on the St. Louis area, the scene is much more receptive to original music,” Dewey said. “We don’t have a lot of that up here. Opening for Nonpoint and Failure Anthem was awesome. To be able to share the stage with guys that have been doing it for so long and just watch how they all work together and feed off of each other after all these years. It was an absolute honor, I know it was a bucket list item scratched off for most of the guys in the band to open for a big band like that.”

Since FFR has been working on an upcoming EP, they have been consistently playing together, but Dewey said they put it into overdrive to ensure a strong performance for the St. Louis crowd.

“When we prep for a show we like to lay out a set list and hammer it into the ground,” he said. “We went with our heavier songs for this show, to kind of match the night, but still kept the slower ones in there just to show some contrast and because people seem to like them. We laid the order out, figure out where we needed breaks to tune, and practiced twice a week for the last month or so to make sure we had everything down.”

Dewey said the goal of playing the show at the Firebird was to simply expand the group’s fan base and make some connections with local bands and promoters. The crowd’s reaction definitely supported that hope, as with each song the fans in attendance warmed up more and more to FFR.

The group played four songs from their first release, “Fall EP,” and four songs that are in the works to be included on future releases. The pacing of each was spot on. The band played for about 35 minutes and by the end of their set the fans up front – who guarded the spot and never left as they waited for Nonpoint – were headbanging and the entire crowd was waving their hands in the air for “Thieves & Killers.” After their performance, a multitude of fans approached the band as they were hauling gear to their vehicles in appreciation of the show.

“I feel like the crowd was very receptive, we had a good sized crowd watching when we started and they stayed engaged for the entire set,” Dewey said. “They were participating and putting out good energy, it was an awesome crowd!”

After Nonpoint’s performance, Dewey and guitarist Ben Beilsmith stuck around to meet the band and chat them up.

“I made a point to catch up to Elias (Soriano, vocalist of Nonpoint) and the rest of the guys that I could find and just thank them for letting us play with them,” Dewey said. “Although I know they ultimately really didn’t have much to do with it. It’s important to me to let them know that I was grateful.”

Looking forward into 2016, Dewey said FFR will work more on the EP and play dates as they come. Their next appearance is on KHQA’s Party on the Patio July 21. The band is looking for shows later this summer with more dates to be announced soon.