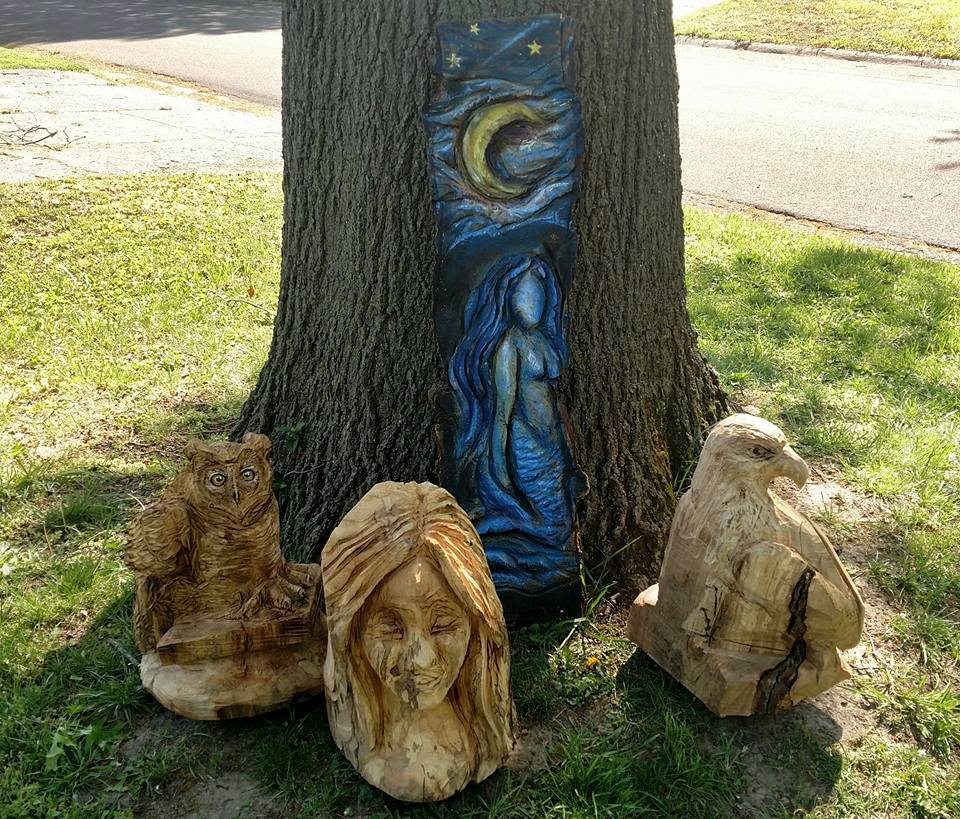 Schmidt has built a sense of community for young artists in the Sedalia area. Who he invites to be featured at these shows is heavily dependent on who shows up at previous ones.

“Honestly, I only work with the artists that come to my shows,” Schmidt said. “If they come by and talk with me about their art, then we can figure out how to work together. Occasionally an artist is recommended to me, but if they’re not making it to my monthly shows, then I don’t consider them motivated or involved in the local scene enough to work with.”

While Fitter’s isn’t a traditional gallery, the upstairs has made a solid space for Schmidt to display art in a casual style. His showings there have gotten people involved from other artists to people interested in viewing it. Schmidt has become the go-to person for displaying art amongst his contemporaries and he has a simple formula for pulling it off.

“I just create the type of events that I’d like to attend,” he said. “I’ve been hosting shows and artists on and off since 2004. If someone was doing something similar, then I wouldn’t have to. But I’ve been hearing about a potentially new art venue here in town. So it’d be nice to eventually coordinate with them so there’d be two places to drop by in one night to see new artwork.”

Fitter’s works with the strategy because they supply the space and a bar upstairs so patrons have beverages available as they browse and mingle.

“Well, the places I used to show at involved me buying a bunch of wine to give away to the patrons,” he said. “So having these events at Fitter’s had lowered my overhead cost but initially made the crowds smaller. People want free things and will show up for them. So I have learned that promotional items will get attendance numbers up but not guarantee sales.”

Recently, Schmidt let followers on Facebook know he was going to step away from painting for a while to focus on family and other things. While it may seem alarming to the local art community, he said he has taken time off before and came back stronger and more motivated. He will have new pieces on display for Saturday’s show.

“I took 2013 off and then returned in 2014 with a new strategy that put my numbers higher than they’ve ever been,” he explained. “I have some new pieces for this show that I absolutely love. I mean if I’m going to take a break, I want to go in to it knowing I didn’t lose motivation and put only half an effort into this last show. I’d be cheating the public and the other artists if I did that.”

The show will be hosted from 6 to 9 p.m. Saturday at Fitter’s 5th St. Pub, 500 S. Ohio Ave. in downtown Sedalia. An event for the show can be found on Facebook here.