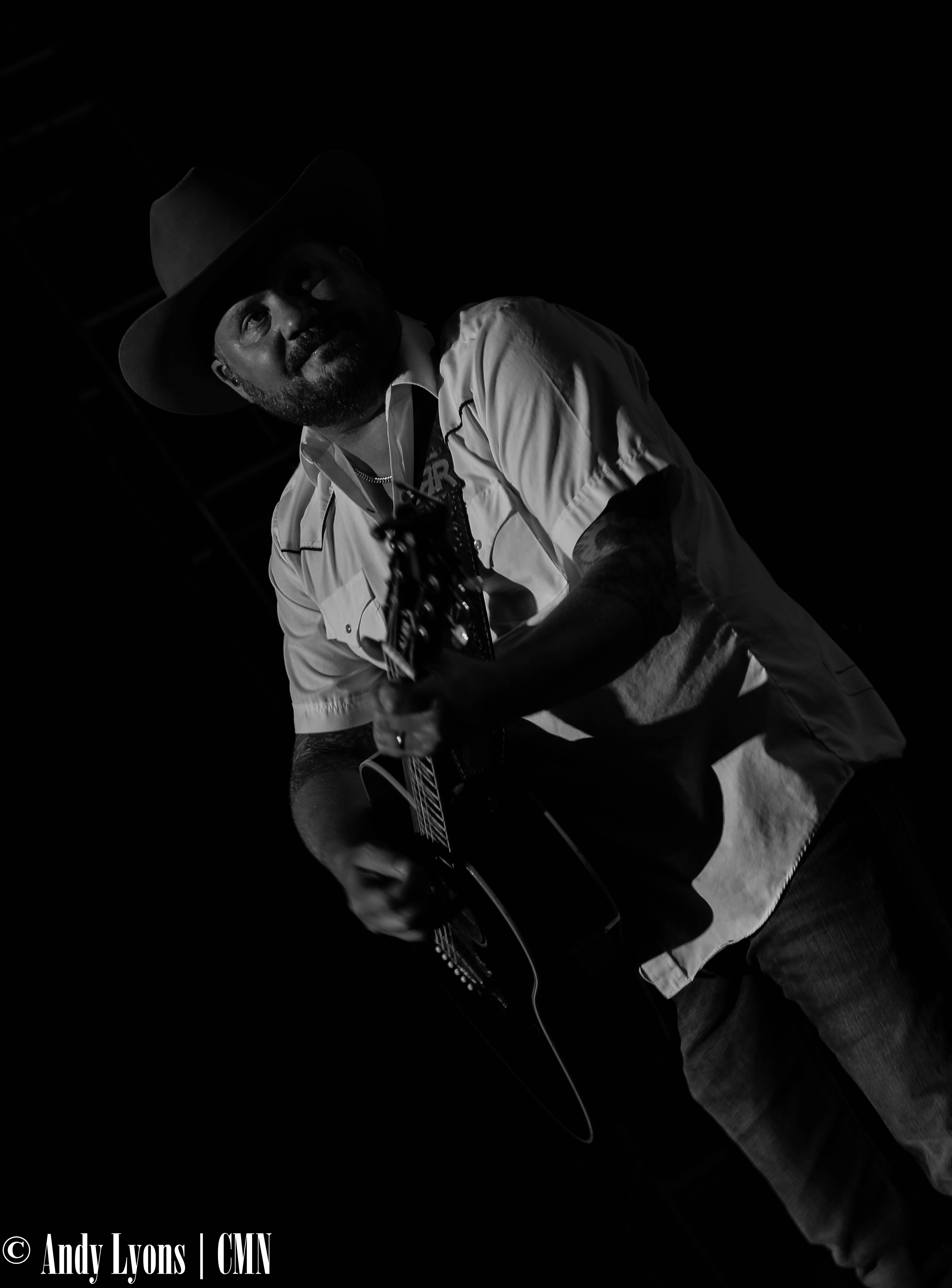 Friday night at the Fair, some Red Dirt country from the heart of Texas echoed across the Pepsi Grandstand. Jason Boland & the Stragglers, Stoney Larue, and Randy Rogers Band were in town to kick off the weekend right.

More than 4,000 people were in attendance – plaid shirts and cowboy boots aplenty. From the time Jason Boland & the Stragglers hit the stage, fans were on their feet holding their beers high to the music. At one point, fans in the middle of the track had stacked their folding chairs to accommodate a group standing, dancing and singing along.

Jason Boland & the Stragglers played a hurried set, without much between songs. Fiddle player Nick Worley anchored the set, his fiddle giving the music a flavor that set it apart from contemporary country and kicked off the red dirt theme of the evening.

Stoney Larue and his band were more focused on the show. The band went into several jam sessions between songs and the crowd roared in response. Early in the set, Jason Boland hit the stage for one of the sessions and jammed with Larue & co. Easily the most entertaining band of the night, the group consistently made their way to stage front to jam or keep the crowd entertained.

Randy Rogers Band hit the stage around 9:30 p.m. and toned it back in comparison of Stoney Larue. The set was cut to two songs because of an impending downpour, but the crowd was the loudest of the night when the lights dimmed and the group hit the stage.