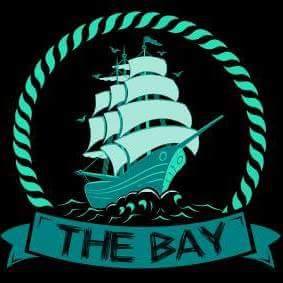 Bar street is Pine Street, and Pine Street is where many of the drinking establishments are in Warrensburg. This is the lingo of another Midwestern college town, and one bar at the end of Pine Street is a little different from the others. The Bay, located at 139 W. Pine St., is the live music venue in Warrensburg, Mo. Other bars might have a band play once in a while, but live entertainment is what the Bay caters to.

“We really worked hard to be really inviting,” Bay owner Ben Blevins said. “We don’t discourage any type of musical talent from coming in and showing us what you got.”

For Bay patron Steve Daugherty, a draw of the Bay is a matter of both the music and the atmosphere.

“It’s relaxing, less attitudes,” Daugherty said. Daugherty said at other bars he has occasionally noticed people insulting others or making them feel like they don’t belong.

“But it’s not really that common,” he said.

Many styles of music have been featured on the Bay’s stage, from blues to blue grass, from punk rock to hip-hop.

“We had these two 15 and 16-year-old rapper kids,” Blevins said. “Their mom brought them in, got up on stage, and we didn’t have anything going on that night, so Jay (Linhardt) got them a couple mics going. It might not be everybody’s kind of music, but it was really cool, and those kids loved the fact that it was their first time ever getting to perform outside of their house. “

“They came back a couple of times,” he continued. “We even had them open up for Steven Cooper.”

The egalitarian notion of allowing anyone with a voice to get on stage is displayed weekly at the Bay’s Rockstar Karaoke, a regular Tuesday night event. It’s not like other karaoke nights in town. The participants are free to belt their lungs out through the same PA system used for bands. 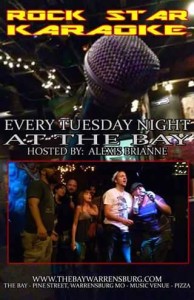 “We have the PA system cranked up, they get the monitors, everything is blasting back at them, the lights are going,” Jay Linhardt, production manager at the Bay, said. “It’s not like you’re just sitting in a corner reading off of a laptop.”

Blevins also noted that many of regulars at Rockstar Karaoke have become a supportive social clique.

“They aren’t going to get laughed off stage,” Blevins said. “Everyone is really supportive around here.”

The fun times at the Bay were in danger of coming to an end last July, as a minor roadblock was briefly thrown in the way concerning the renewal of the bar’s liquor license. Blevins went before the Warrensburg City Council to plead his case. Members of local law enforcement had put in a recommendation not to renew the liquor license. The matter was quickly resolved with the license being renewed through the proper channels. Now, the drinks continue to flow and the music continues to play as the Bay is getting ready to celebrate its eight year anniversary/birthday party May 26, during another edition of Rockstar Karaoke.

Even though Blevins said he sees a declining youth-interest in live music in favor of DJs and electronic music (which he said he doesn’t have a problem with) he said he foresees the Bay will continue to be an outlet for musical expression.

“I would like to see more young people getting into music, picking up a guitar, or a piano, or violin, whatever, microphone and just rolling with it,” Blevins said. “Maybe you’re not doing it to be famous but just to have fun, to get up and do something.”