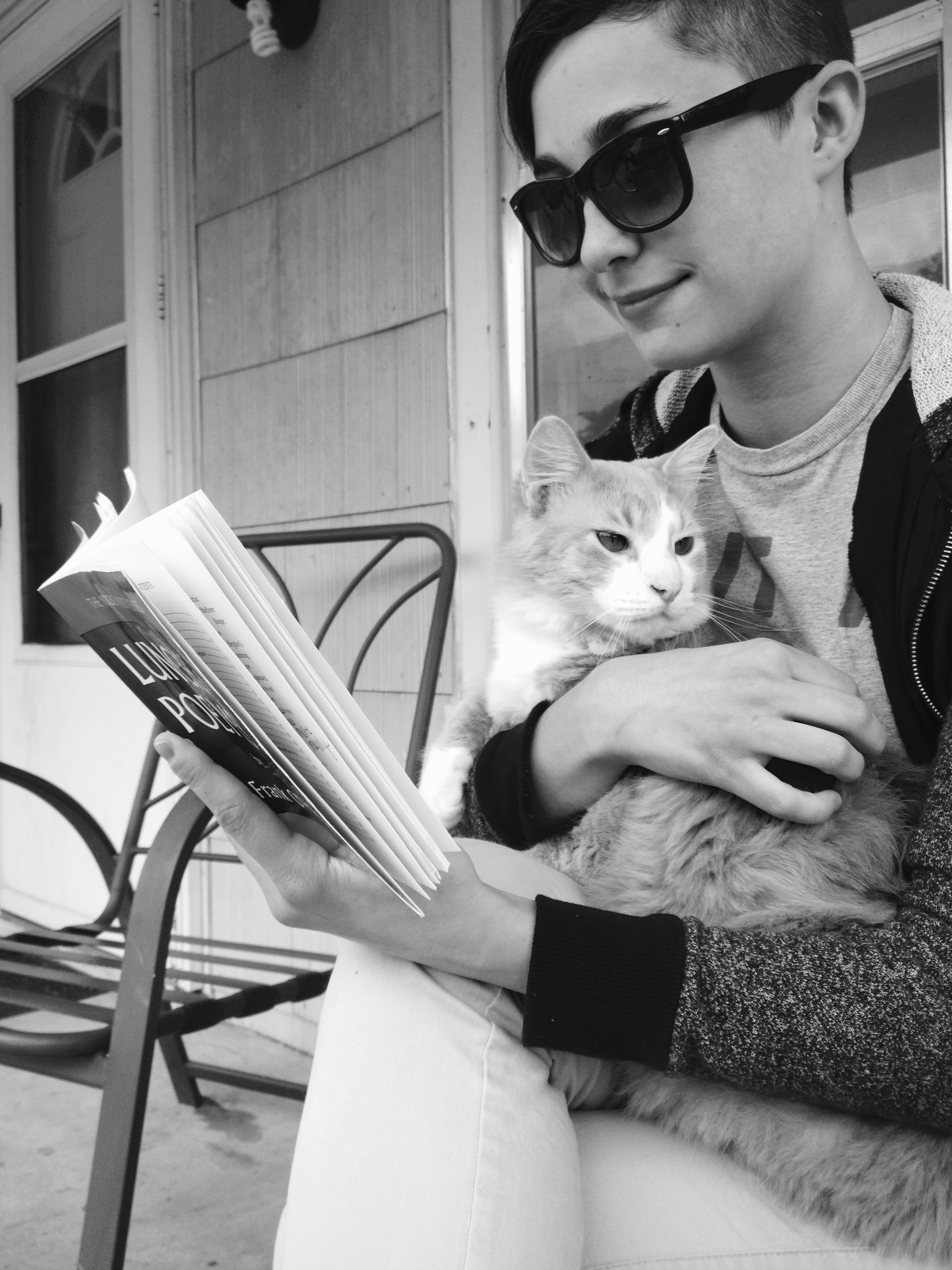 Posted By: Andy LyonsPosted date: May 26, 2015in: NewsNo Comments

Amanda Williams, a 23-year-old English education major at the University of Central Missouri, was awarded this year’s David Baker award in poetry.

David Baker is a UCM alumnus who received his Bachelor’s of Arts in English Literature many years ago, according to Kathryn Nuernberger, associate professor of English at UCM. Baker was raised in a small town not too far from Jefferson City, and has gone on to publish 12 collections of poetry and three books of essays about poetry. He has won fellowships and awards from the Poetry Society of America, the Pushcart Foundation, the National Endowment for the Arts and the Guggenheim Foundation. Currently a Professor of English and the Thomas B. Fordham Chair in Creative Writing at Denison University, Baker is also the editor of the Kenyon Review.

Each year he donates $1,000 in prizes for the best short story and poem written by a UCM student. The winners are selected by external judges who are themselves respected members of the literary community. The judge for this year's poetry contest was Alan Michael Parker, whose new book is “The Committee on Town Happiness.” The fiction judge for the contest was Aaron Burch, who is the author of the short story collection “Backswing.”

Williams said she likes to write poetry to be creative and as a way to relate life experiences to others.

“I write poetry because I think it’s a beautiful and creative form of communication,” Williams said. “I think that poetry can be an art form that comments on the world we live in and the things that humans go through.

“Poetry is important to me because it allows me to be creative and to say something original about being a human. I try, in my own poetry, to make a connection between the inner self and the outside world.”

Williams said since any UCM student is eligible for the award, she simply submitted some of her work. As far as the process goes, she submitted a few poems she had and then waited for the judge to read through all the submissions and for a winner to be announced.

“The poems I submitted were fairly new,” she said. “I had just written them maybe four or five weeks before submitting them to the contest. I did a couple rounds of revision and then turned them in. The poetry contest was judged by the professional poet, Alan Michael Parker, who just came out with a new book, ‘The Committee on Town Happiness,’ which I read and think is super funny and great. Alan read through the many poetry submissions and chose the single poem he found to be the best.”

She submitted three poems to the contest, and said it was a bit odd that the winner was her least favorite of the three. Her submissions were based on confidence she had in the trio because of her own revision process.

“I did not write them specifically for the contest; it was just good timing, I liked where I was at with those poems, and then I just decided to submit them,” Williams said. “The reason I chose the three poems that I did was because I felt confident about where I was at in the revision process. I had been working with these poems for a while, and I felt as if they were able to say what I wanted them to say.

“The poem that Alan picked was, oddly enough, my least favorite of the three. I wrote ‘Please Bury Me in This Because I’m Going to Hell’ in response to Allison Bennis White’s poem ‘Please Bury Me in This.’ Several of my lines were inspired by, and at times taken, from her poem, which I found to be a very human and very emotional poem.”

When it was announced she had won the poetry contest, Williams said it gave her validation for her writing and helped motivate her to continue writing because of the connection to people.

“It’s really tough to feel good about your writing when you’re a young writer that hasn’t published much of anything,” she said. “Winning the David Baker award let me know that I really am able to connect to others with my writing, and it’s awesome that someone else thought I produced a quality piece of writing.

“The award, to me, means that I have been doing something right with my writing. I’ve been writing poems since I was a kid, and it’s really nice to have someone outside of my family and friends think that my writing is worthwhile. Also, by winning, it means that I was able to make a connection with someone, and that’s ultimately what I want to do with my writing.”

Williams said after she was announced as the winner, people really started to take notice of her writing and asked her to read the winning poem as part of the Pleiades magazine Visiting Writers series.

“David Baker is the most prestigious writing contest at UCM,” she said. “… As the winner, you have to give a reading alongside the judge, Alan Michael Parker, who read his work as well. Aside from a St. Patrick’s Day poetry contest I won in my hometown as a child, it was the first poetry reading I’d ever done. There is also an awards ceremony at the end of the year at which I received a certificate and a $500 scholarship. Arcade, UCM’s student-run literary magazine, will also be publishing my work.”

Nuernberger had a lot of praise for Williams as a poet who is early in her career.

“Amanda is a very talented young poet,” Nuernberger said. “She mixes humor and even absurdity with a voice of genuine empathy and compassion. You can see this in ‘Please Bury Me in This Because I'm Going to Hell.’ Many lines turn on funny observations or even puns, but at the end the reader senses a genuine feeling of longing for connection underlying the entire piece. ‘When She Makes Her Breakfast’ makes the beautiful and surprising reveal in the last stanza that all along this has been a love poem.”

“Parker observed about this poem, ‘Robert Frost enjoins us: ‘a poem begins in delight and ends in wisdom.’ This poem does just so, its technical proficiency spectacular; here we have economical language, elegant lines, and a combo of wit and its soul, brevity. But having chops doesn’t guarantee finding meaning; thankfully, this poem’s sophistication discovers plenty, especially in the final stanza, where the self-conscious speaker is moved to speak on behalf of others. A fine poem!”

Williams made her winning poem available in its entirety for CMN.

Please Bury Me in this Because I’m Going to Hell

I stood in a black dress at a bus stop

and opened a clear umbrella;

it wasn’t raining and the lady waiting

whispered hipster under her breath.

Please God, everyone here is mean

and I want now what I have always wanted:

breakfast and someone to talk to.

The bowl I carry is broken

and the bottom of my coffee is sludge.

There is a ban on General Mills.

His soldiers are here but not his lucky charms.

Please God, whatever you are,

you’re most likely a duck:

majestic and a quack.

If you could, please send

some lucky charms, and it wouldn’t hurt

if you put out the fires too.

The title is inspired by and lines 1, 2, 6, and 8 are taken from Allison Bennis White’s poem “Please Bury Me in This.”

Williams said she plans to graduate from UCM after the fall 2015 semester. She then hopes to go to graduate school and receive a Master’s in TESOL (teaching English as a second language), with the ultimate goal of being a K-12 ESL teacher.

For more information about the David Baker award and Pleiades magazine, click here.