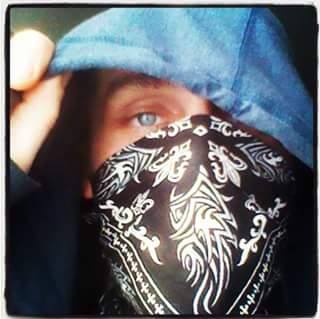 Battles and Beats: The Evolution of Abysmal

Abysmal Savant is a rap artist who chooses not to rhyme about Beamers, Benzes, Bentleys or popping bottles in the club. He doesn’t even view what he does as a career.

“I don’t think I’m cut out for the musical world as far as making it a career,” Savant said. “That’s why I’ve decided I’m going do it for me.”

The inspiration to rap bloomed while he was on the West Coast.

“For a short period of time, I moved out to California, and I started seeing a few good rappers,” Savant said. “One in particular was Immortal Technique.”

“They were things that you could actually go and research,” Savant said.

“His content actually meant something,” he said. “If I’m going to take the time to make songs and arrange lyrics, it has to mean something.”

The next step for Abysmal Savant was his own musical venture, enter the group Masterpiece Factory.

Masterpiece Factory was assembled in 2005 and released their first recordings in 2006. The group was built around Abysmal Savant’s beats. Reflecting on his early beat-making, he said his earliest beats were of the techno and house music variety because those were the easiest to make. As he became more familiar with beat making programs, Abysmal Savant would create more diverse styles of beats.

“As I started to learn the program and how to manipulate the program, it went from anything from trip-hop, to hip-hop, to experimental,” Savant said.

The diversity of beats was matched by the diversity of the group – Masterpiece Factory contained experienced freestylers, individuals who had never rapped before and punk rockers who decided to try hip-hop.

“Each one of us had a particular niche’ that we excelled at,” Savant said.

Action Jackson, one of the founding members of the group, found his niche’ with party-rap freestyle.

“A lot of the freestyling I do comes from the partying environment, just strictly to entertain, strictly to make crowds laugh and enjoy themselves,” Jackson said.

Abysmal Savant explained that focusing on music gave the group a constructive outlet in their youth.

“If I wouldn’t have had my creative ventures, I probably would have ended up in a lot more trouble than I did,” he said. “We were kind of a rowdy bunch.”

The music making process gave the rowdy rap rebels a sense of self-discipline.

“It went from us just sitting around BSing to us making it a point to show up and to have everything prepared, lyrically, to have ideas for beats, themes for songs and stuff,” he said.

Masterpiece Factory eventually disbanded, and Abysmal Savant moved to his next phase—battle rap.

“I got (to Warrensburg), back from California, and I wanted to interact with people that were lyricists, so I started a group called Fatal Phonics and went throughout this town. I made fliers, posted up everywhere,” Savant said.

“It was a slow start,” he said. “Eventually, I started getting a few calls, and we kind of built up a little bit. It wasn’t good enough. It wasn’t happening fast enough.”

The search for battle rappers led him to Kansas City, Mo., due to a larger population and an established rap scene.

“This is a town full of townies and college kids,” Savant said. “It’s too small.”

“When you are taking about musicians, oh yeah, sure, there’s tons of musicians, but what about lyricists, and out of those people who are lyricists, how many have the self-confidence enough to do battle rap?” he said.

In 2013, Abysmal Savant entered the proverbial gladiator’s arena with Kansas City’s Throne Room league. Many of the battles took place at 7th Heaven on Troost Ave., and are archived on You Tube. During these verbal combat contests, rappers would throw verses at each other in rounds like boxers in a ring. Everything from an emcee’s religious views, to the area they resided in, to physical appearance could be used as fuel for landing proverbial hits. Savant explained that the aggression wasn’t only confined to the art of verbal competition.

When you have two people who need to stand in front of each other and slander each other for ten minutes, they have issues that need to be worked out,” Savant said. “Sometimes disputes would arise. Sometimes people would bring guns.”

Soon after getting involved, he took a more behind the scenes role in the league, including filming the battles.

After a year with Throne Room, Abysmal Savant decided to leave the league and stop battling. He had more than one reason. Abysmal Savant grew tired of a vibe he came to see as destructive.

“It was basically everybody trying to piss each other off and make each other look bad, and I felt that was more destructive than anything,” Savant said. “I would much rather walk into a room full of lyricists and be like who wants to get down on a track.”

Although he left Throne Room, he’s able to speak about what he learned during that time.

Abysmal Savant reached a conclusion that his time and energy would be better spent on making music. During his battle days, he filled entire notebooks with lyrics, which he said could have been put towards an album. As one chapter has closed for Abysmal Savant, a new one has begun, as he’s come full circle and is back to recording, merging beats with lyrics once again.

“People aren’t cruising around in their cars listening to battles, they are listening to music,” Savant said. “All that energy might as well be to a beat.”