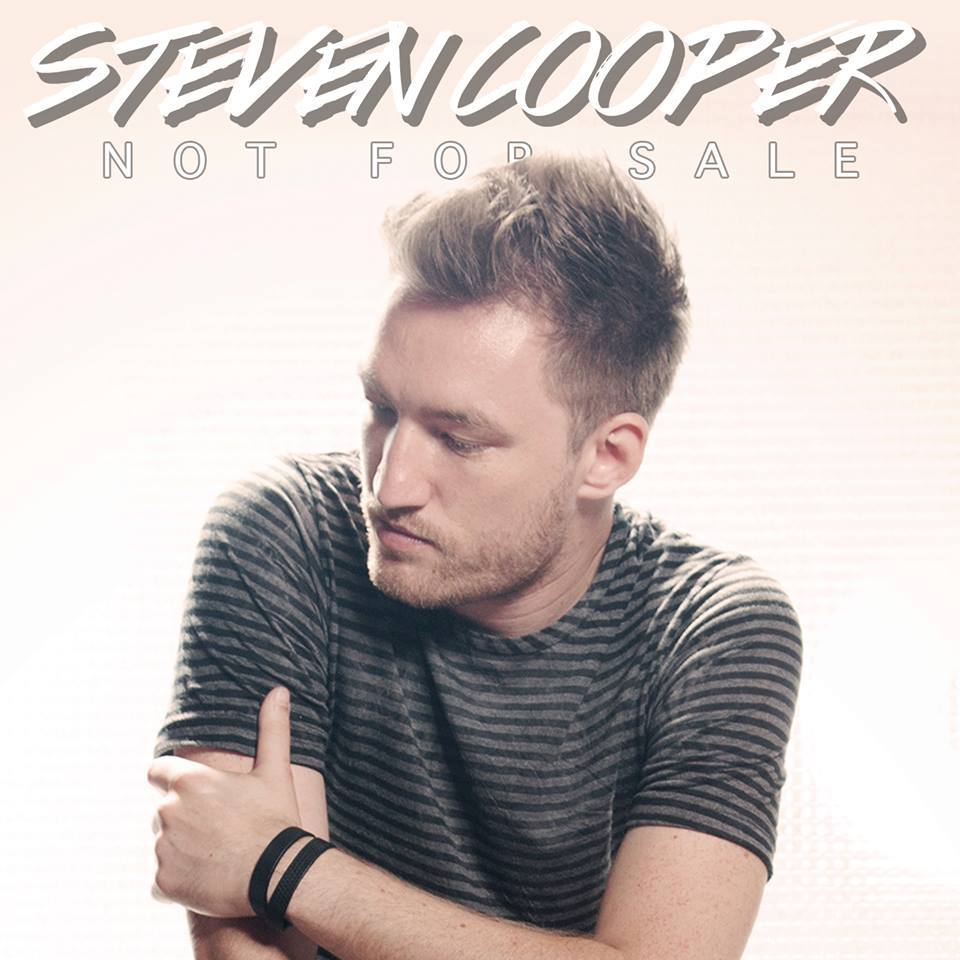 Posted By: Andy LyonsPosted date: May 27, 2015in: Entertainment, News1 Comment

Warrensburg native and hip-hop artist Steven Cooper released a new single last week. This single, “Not For Sale,” takes Cooper’s music into the realm of pop music, something Cooper admits is on purpose.

“I definitely think I’m heading in a pop direction,” Cooper said. “I see the current music I’m making as a bridge between Eminem and Justin Timberlake. It’s fun, danceable, has positive messages, and is just all around a pop-oriented record. I’ve been writing pop music since I began writing in high school so it’s really not as much of a departure as what people might think.”

The song is definitely a break away from what contemporary hip-hop artists are doing, and Cooper admits he’s been trying to find his sound in hip-hop for years.

“After playing around with several sounds and taking my songs many different directions, I’ve always seemed to come back to two things,” he said. “One, I love making positive music. Two, I love making hip-hop with pop influences. This song is the combination of both of those things and a message to the hip-hop world that I’m not interested in ‘selling out’ to a general sound.  I have to be true to myself and my music.”

“Not For Sale” carries a very specific connotation. Lyrically Cooper talks about not being ready to sell out to a bigger agenda. Cooper said he’s at a point in his career where he has many different people telling him which direction to go, which is a bit overwhelming.

“I try my best to hear everyone out, but at the end of the day, I have to stay true to what it is I’m building,” he said. “I believe people appreciate authenticity more than anything else and I’ve made a vow to my fans to be 100 percent authentic and transparent.”

The single features perennial Cooper contributor DJ Lee, who has appeared on numerous songs with Cooper and accompanies Cooper live. Cooper shed some light on Lee’s contributions to his music.

“DJ has been my right hand man for many years now,” Cooper said. “We tour together and hit the studio together. I always make it a point to get his opinions and ideas while we’re creating. I would say he has a huge part in my creative process for the songs he’s featured on. DJ is honestly one of the most talented people I know.”

Cooper’s music always seems to have a theme, such as hope. Cooper said positive music is something he loves creating and “Not For Sale” is no exception.

“I love the message of this song and I was very proud of the way it turned out.  I think it sums up how I feel right now,” he said. “My goal with this new album is to ‘make music that matters.’ Not just mindless rhymes that do nothing to move people forward. I want to inspire, bring hope, encourage, and possibly change people’s lives with my music.”

Cooper said he picked “Not For Sale” to be his next single because the song sums up where he’s at in his career.

“After the NFL Pro Bowl feature and signing the deal with MTV, a lot people have been curious what route I would take,” he explained. “Would I start rapping about guns, sex, drugs, etc.?  I think this was a perfect opportunity to show my fans that I plan on sticking to my guns and being true to myself. I never got into music for the money and I don’t plan on money being the main reason I ever do music.  It’s about my message.”

Cooper went on to give some details behind his upcoming album, “2015 Collection Series,” which is due out on Thanksgiving.

“I personally think this is my best album so far, and if you like this single, you’ll love the rest,” he said. “I pushed myself harder than I ever have to make songs that are set apart from the typical rap scene. There’s songs about hope, love, life, death, etc. I think all of the themes are well thought out and really help to create a well-rounded piece of work.

“I also think the production on this record is far beyond what I’ve done so far. Working with award-winning producers and musicians has been something new for me, and they’ve really stretched me. I think my fans will really appreciate this one.”

He also mentioned he will be on the road in July, visiting roughly 30 states and a few stops in Canada.

“Outside of touring I’ll just be recording and focusing on this release,” he said. “I plan on featuring a few surprise guests and will be traveling to work with them over the summer. I’ve also scored my first acting role that I can’t talk much about yet, so this year is extremely busy. Exciting stuff.”

Cooper went on to say that his acting role will be for an independent film based on a book, but he said he couldn’t give any more details about the film or its production.