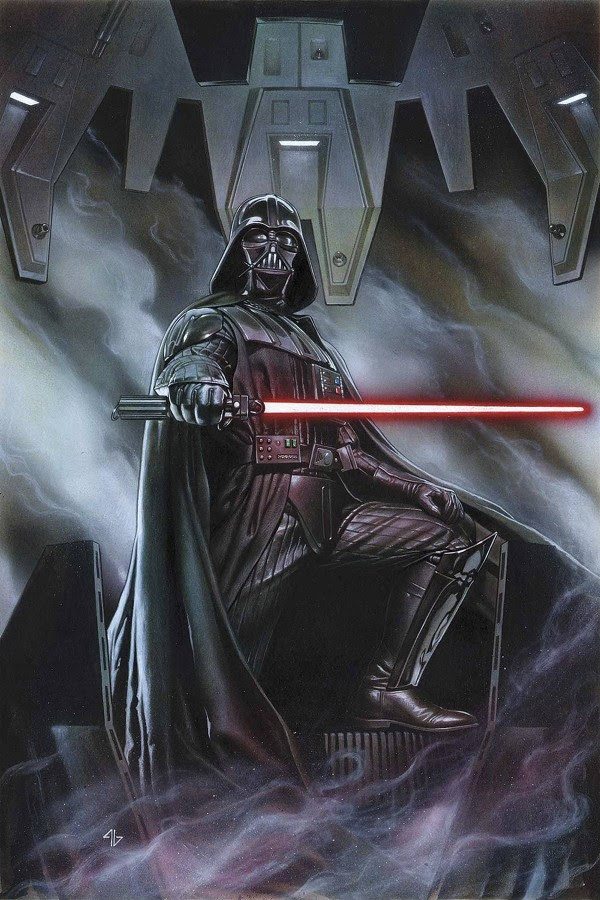 Ever since Disney acquired the rights to Star Wars, some enthusiasts have pondered what would happen to the comic series. Previously published by Dark Horse Comics, the series seemed to be missing some key elements. Marvel has filled the void very well with the four story arcs that are currently running. They include Star Wars, Princess Leia, Darth Vader and Kanan the Last Padawan.

Darth Vader has been regarded as one of the best and most known villains of all time, so it is fitting for him to have his own comic. Writer Kieron Gillen and artists Salvador Larroca and Edgar Delgado bring the villain to life in a way that has been missing from a lot of the previous incarnations of the iconic character. All of the Star Wars comics take place after the events which occurred in “Star Wars: A New Hope,” when the Death Star was destroyed.

Emperor Palpatine has lost faith in his student, Darth Vader, and in order to regain the lost trust, Vader is sent on a mission to see Jabba the Hutt. Vader meets with Jabba to secure two bounty hunters, a Mandalorian who people know as Boba Fett and a Wookie named Black Krrsantan. Boba is hired to track down the Millennium Falcon, whereas Krrsantan is used in secrecy to track down one of the Emperor’s agents so Vader can interrogate him to learn what plans the Emperor has made.

Vader leaves Tatooine and intercepts a group of pirates. While this occurs, he discovers a mole inside his organization. Unable to trust anyone, Vader sets out to find a rogue archeologist named Doctor Aphra. With the help of Aphra, Vader obtains two droids, a maniacal protocol droid named 0-0-0, or triple zero, and an asteroid droid equipped for combat named BT-1.

With a new crew, Darth Vader sets out for Geonosis in order to help himself build his own personal droid army. When he arrives he finds an active droid factory that creates unique droids. Vader steals what would be the equivalent of a womb from the robot factory and flees.

After making their escape, Vader meets with Krrsantan, who has brought the Emperor’s agent with him. 0-0-0 tortures the agent, a man named Cylo-IV and discovers there is a secret research base that the Emperor has been involved with.

Darth Vader sets out towards the research base to discover that a man named Cylo-V, who turns out to be Cylo-IV reincarnate, has been working on a project for the Emperor. Cylo claims the force is soon going to become obsolete and his orders are to build an army of replacements so that the Dark Side of the Force can remain strong.

Emperor Palpatine arrives at the complex at the request of Cylo. The replacement candidates are put to the test against Vader, and the test ends after one of the candidates is killed. After discussing with the Emperor over his motive, Darth Vader receives a report from Boba Fett. Boba tells Vader he had a run in with the crew of the Millennium Falcon and specifically a young man named Skywalker. The final panel shows Vader looking out into space claiming he will make Skywalker his.

Marvel has done a very good job intertwining the story arcs that are currently running. In Star Wars #6 you see Luke having to deal with Boba Fett because in Darth Vader #1, Vader sent Boba after them. In Darth Vader #6 you get to see Boba Fett’s report, which shows how much thought is put into the world they are trying to contribute to.

Although I have only read the Darth Vader series, I would recommend any of the Star Wars series to anyone who has even a slight interest in Star Wars. The art is very good and so far, besides one issue that I was a little bored with, I have been very pleased with what I have read. The first six issues of Darth Vader will be put into the first graphic novel due out in mid-to-late October. Marvel has done a good job with the series so far and I hope that they continue to do a good job with it.